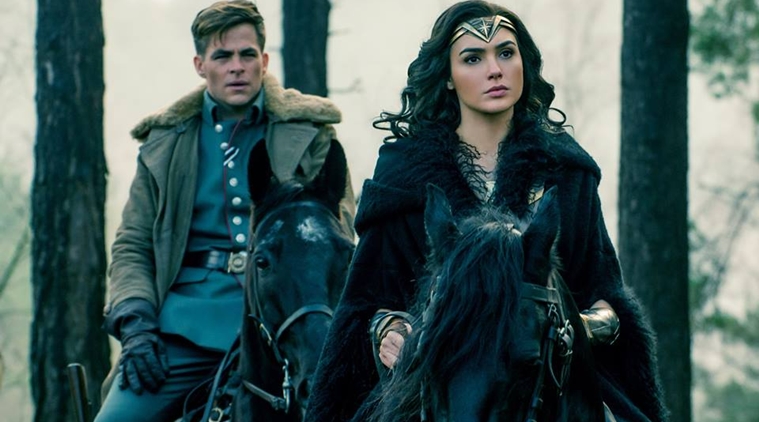 In the early 1940s, the American comic book scene was largely dominated by superheroes like Batman and Superman — men who possessed incredible gadgets and supernatural gifts. Despite the widespread popularity of these types of characters, a select number of authors recognized the need for a new kind of hero: one who had the potential to educate and inspire readers beyond the scope of their powers. In 1941, an American psychologist by the name of William Moulton Marston created just that, developing a strong female superhero who would not only triumph in battles, but also seek to establish justice and peace. First introduced to the DC Comics universe in 1941, his character, Wonder Woman, was an instant hit with readers, and has since become one of the most popular superheroes of all time.

In spite of this, Wonder Woman’s origin story has never before been told in a full-length live-action film — until now. “Wonder Woman,” directed by Patty Jenkins and starring Israeli actress Gal Gadot in its title role, opened in theaters Friday to widespread critical acclaim and commercial success. The film follows the story of Amazonian princess warrior Diana Prince as she leaves her home to help bring peace to the world, and, ultimately, fulfill her heroic destiny as Wonder Woman. The film incorporates powerful themes of feminism and female empowerment, making “Wonder Woman” one of the best films of 2017 so far.

Screenwriter Allan Heinberg drew upon many elements of Wonder Woman’s 76-year comic history in crafting the film’s script. The film begins on the island of Themyscira, a tropical paradise that is home to the Amazons, a tribe of fierce female warriors. Among the Amazons is Princess Diana and her protective mother, Queen Hippolyta, played by Connie Nielsen. Against her mother’s wishes, Diana is trained in the art of war by her aunt, Antiope, played by Robin Wright, and grows from a gentle young girl into a courageous woman who will stop at nothing to protect the lives of innocent people. When American soldier Captain Steve Trevor, played by Chris Pine, crash-lands on the island, bringing news of World War I, Diana decides that she must venture into the outside world and put an end to the war herself.

Casting Gadot and Pine in the lead roles of “Wonder Woman” was a fine decision by the filmmakers, as the actors’ performances are among the best elements of the film. Having played the beloved Captain Kirk in the “Star Trek” reboot franchise, Pine is no stranger to the action genre. His performance is fantastic; he plays Trevor with the same charisma he brought to Captain Kirk, but also demonstrates an instinctual comedic timing that livens up the film. However, Pine performs best when alongside Gadot. The actors’ onscreen chemistry is impeccable, resulting in a multitude of hilarious conversations between their characters, in addition to a compelling romantic plotline.

But the film’s greatest attribute is its strong feminist message. Jenkins and Gadot brilliantly incorporate elements of female empowerment into the film. In certain scenes, for example, Diana emphatically comments on the unacceptable societal position of women she witnesses in the world outside Themyscira, making a call for societal change. In others, she displays sheer wit, particularly when confronted by powerful British leaders who doubt her intelligence as a woman. Jenkins and Gadot work together to create a truly inspiring film, which will surely pave the way for more female superhero films in the future.

One major fault of the film is its underdevelopment of supporting characters — particularly, the film’s villains. “Wonder Woman” focuses too much on Diana and Trevor, giving little screen time to the main antagonists: General Ludendorff, played by Danny Huston, and Doctor Maru, played by Elena Anaya. As a result, Ludendorff and Maru act more as plot devices than they do as standalone characters; viewers will have little interest in learning more about either of the two.

Jenkins also attempts to force many elements of the classic superhero narrative in the final quarter of the film, with drawn-out battles between Diana and her enemies. However, “Wonder Woman” is not an average superhero film; the political and societal implications of Wonder Woman’s role in the war should have been the focus of the film’s conclusion, not the monotonous superhero storyline. If not for the final quarter of the film — which attempts to accomplish too much in too short a time frame and adheres to many stereotypes of the genre — “Wonder Woman” could have been one of the greatest superhero films of all time, perhaps on the level of Christopher Nolan’s “Batman” franchise.

Nevertheless, “Wonder Woman” is still two hours of nonstop adventure and will leave audiences hoping for the possibility of a sequel long after the credits roll. Following a series of poorly received DC films — like “Batman versus Superman: Dawn of Justice” and “Suicide Squad,” in 2016  — “Wonder Woman” has successfully revitalized the DC Comics film franchise, which has notably underperformed its competitor, Marvel, in recent years. In fact, “Wonder Woman” is currently the eighth highest-grossing film of 2017.

The film has also broken records for having the biggest opening of all time for any female director, highlighting the importance of female storytelling in the film industry and paving the way for greater gender equality in Hollywood. Ultimately, “Wonder Woman” uses its big screen platform to communicate its powerful and much-needed message of feminism and empowerment — wonderful, indeed.