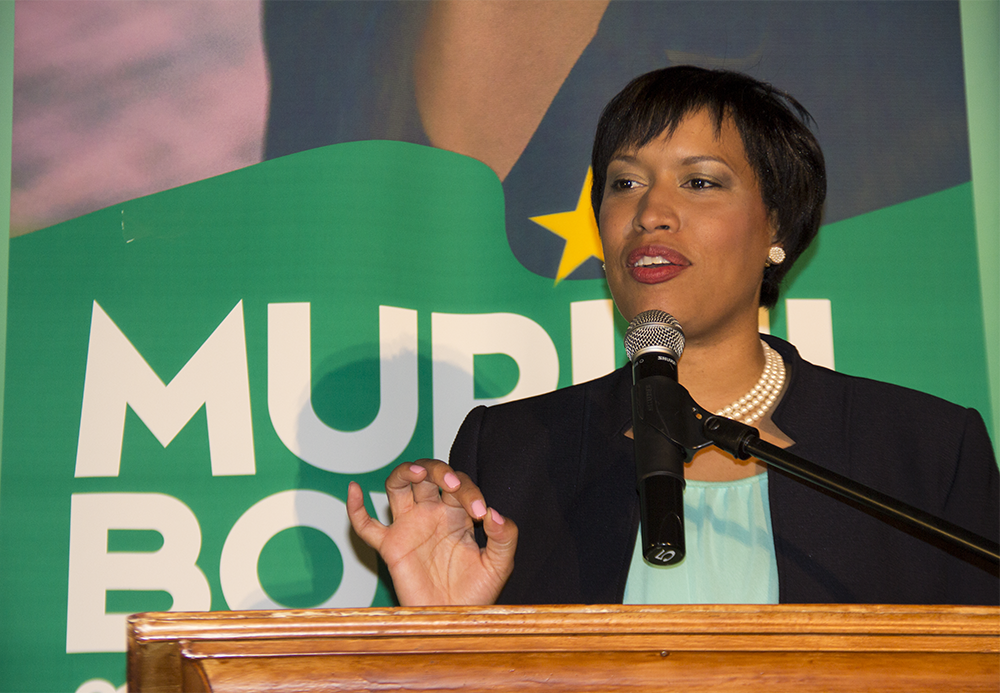 A new Washington, D.C. mandate announced Sept. 15 will require D.C. Metropolitan Police Department officers to confirm that they have switched on their body-worn cameras with dispatchers when responding to calls, following the fatal Sept. 11 shooting of motorcyclist Terrence Sterling, which was not caught on the officer’s body camera.

Sterling, a 31-year-old from Fort Washington, Md., was shot by an unnamed police officer at the corner of Third Street and M Street NW. According to an MPD press release, Sterling was fleeing after hitting the police vehicle. The officer who shot Sterling was equipped with a body camera but did not turn it on until after the shots were fired — a violation of protocol.

Two officers, including the one who discharged the weapon, have been placed on administrative leave after the incident. Bowser said in a Sept. 12 press conference the officers are being investigated for two further violations during the incident, including using their cruiser to barricade the path of the motorcycle and firing from inside the vehicle.

“Our preliminary review does not show any camera footage before the shooting,” Bowser said in the press conference. “The footage that we have reviewed at this point happens after the shooting incident.”

Bowser’s 2015 initiative to purchase and distribute 2,500 body cameras for $5 million has thus far equipped nearly 1,300 MPD officers — around half the police force — with cameras. The United States Justice Department awarded this program $1 million last September, which is combined with the amount already allocated in the mayor’s budget.

MPD Commander of Tech Services Ralph Ennis said the annual cost of the program has barely scratched $1 million, contrary to claims the program is a drain on the city’s resources.

“The body camera is a huge project underway,” Ennis said. “We currently have one of the largest programs nationwide with over 1,300 active cameras and the number is expected to reach 3,000 soon.”

Georgetown University Police Department Chief Jay Gruber said though he believes body camera programs are beneficial to police forces in D.C., he also expressed skepticism that they are worth the expense.

“The funding for body cameras is astronomical —not just the camera itself, but the storage of the video, the time spent processing it, redacting the video if it’s requested by an outside agency or the court,” Gruber said. “Costs add up very quickly for these cameras.”

Gruber said he believes that policing and the necessity of body cameras varies by neighborhood.

“Policing is very different depending on the place,” Gruber said. “Here at Georgetown, our encounters with the students and the public are rarely of a negative nature.”

“Policing is very different in rural areas than in cities for a number of reasons,” Johnson said. “The biggest issue being the concentration of people in urban areas and the number of police out there. There are certainly more opportunities for people to interact with police in urban settings.”

“Police brutality is nothing new, but we in D.C. have not seen the same level of police involvement in shootings that we have been seeing in other cities throughout the country,” Johnson said.

“The fact that we can see footage of these events, I would say has a net positive effect because it mobilizes people and makes people aware of the issue,” Mondolfi said. “When you see how outrageous this is, it gets people involved.”