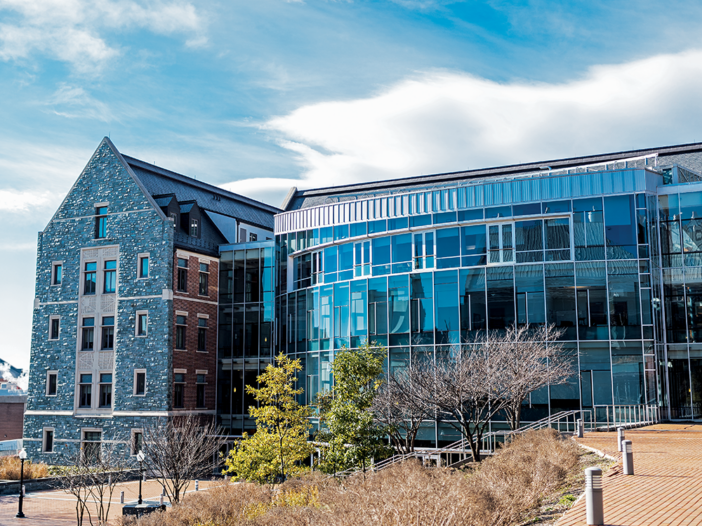 The Georgetown University McDonough School of Business (MSB) announced that the MSB Class of 2025 featured increased gender and racial diversity compared to previous years in both graduate and undergraduate programs.

The Executive MBA, Master of Science in Business Analytics and Master of Science in Management programs all had incoming classes this fall that saw increases in female and U.S. minority student enrollment. The undergraduate Class of 2025 is one of the most diverse classes in MSB history, according to a university announcement.

The increased diversity of gender and racial identities will encourage the MSB to cultivate richer academic and social programming, according to Patricia Grant, senior associate dean for undergraduate programs at the MSB and co-chair of the standing committee on diversity, equity and inclusion.

“We are encouraged by our gains in gender and racial diversity in the undergraduate program,” Grant wrote in an email to The Hoya. “Our current demographics in relation to age, geography, and faith traditions will also add to conversations and innovations in our program academically and socially.”

According to Elie Farhat, chief admissions officer for MSB graduate admissions, the gender and racial diversity of the incoming class is a significant milestone for the MSB.

“I am proud of our admissions teams for their strategic effort to be inclusive of women and underrepresented minority populations in their recruitment efforts,” Farhat wrote in an email to The Hoya. “We have made great strides in these areas and will continue to reach underserved groups to bring a diversity of perspectives and experiences to our programs.”

Last summer, the MSB established a diversity, equity and inclusion initiative supported by the Baker Trust for Transformational Learning, a Georgetown investment organization that supports educational innovation, according to Grant.

The DEI initiative began to analyze the MSB undergraduate core curriculum with a group of faculty, student and staff fellows with the goal of adding evaluations of the curriculum to a compiled course resource department, according to Grant.

As part of the initiative, the MSB administration appointed George Comer as the school’s first director of underrepresented minority student support. The role was created after the DEI standing committee recommended the MSB form a position to better support underrepresented minority students navigating Georgetown. MBA faculty and staff also host a “Prospective Women’s Day,” another program intended to expand the MBA program’s efforts to recruit students from around the world, according to Farhat.

“Even though our focus has always been on recruiting for diversity in our programs, we are constantly revisiting and adapting our events to make them more visible with relevant content,” Farhat wrote.

For the full-time and Flex MBA programs, the school runs an annual event titled “Focus on Diversity,” which is a career development opportunity for women, underrepresented minority and LGBTQ students. Other cross-program efforts to support diversity at the school include the pre-orientation BUILD program, Smart Start, Pivot program and GU Reach Programs. The Georgetown MBA program also offers scholarships, events and resources to support underrepresented groups of students and their families, including women, underrepresented U.S. minorities, veterans and international students.

The DEI committee, which will be publishing a website related to its efforts and initiatives later this fall, will continue to track milestones and communicate transparently with the MSB community about its progress, according to Grant.

“We are constantly changing as the world changes around us,” Grant wrote. “Our focus on DEI is long standing as a school that prepares business leaders for a complex and global world.”