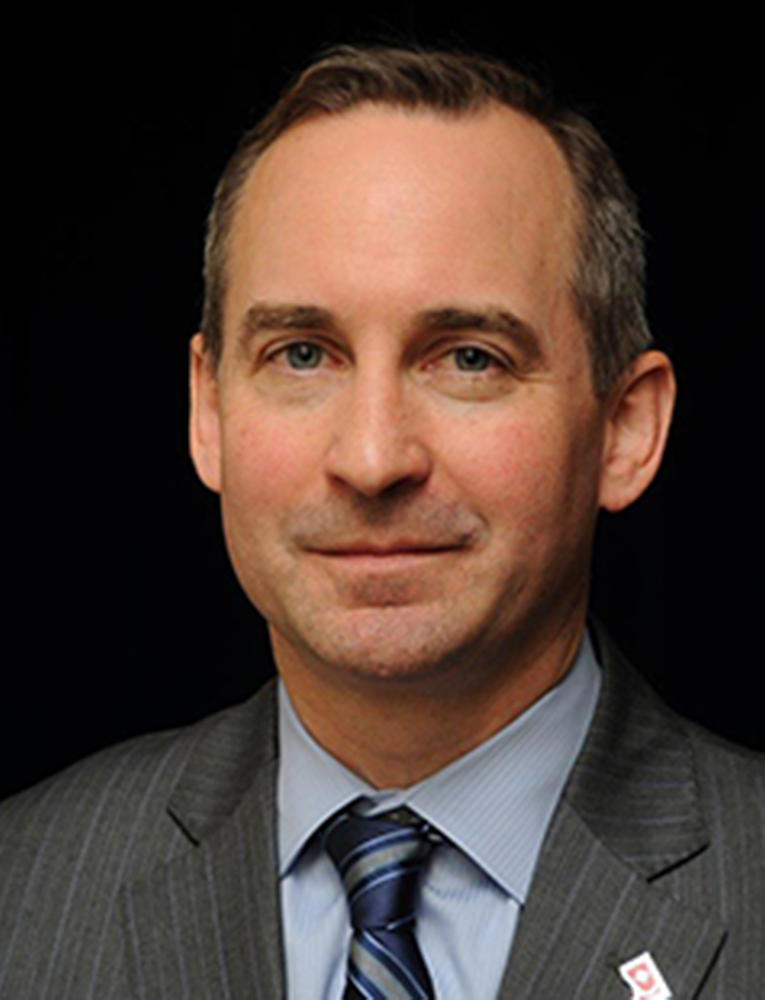 Chris Murphy (GRD ’98) will serve as Georgetown’s first vice president for government relations and community engagement, a new position created to coordinate the university’s engagement with community groups and the local, city and federal government.

The appointment was announced by University President John J. DeGioia in a university-wide email over the summer.

“Murphy will help to strengthen our relationships with governmental and community leaders, enhance our civic engagement throughout the Washington area and more actively support policy and partnerships that advance our university’s mission and vision,” DeGioia wrote.

Murphy, who graduated from Harvard University in 1990 and from Georgetown University Law Center in 1998, brings more than 25 years of experience in nonprofits and local and federal government sectors to the position. Having served as chief of staff to former Washington, D.C. Mayor Vincent Gray from 2011 to 2015, Murphy began his position at Georgetown Aug. 10.

The position of associate vice president for community engagement and strategic initiatives was formerly held by Lauralyn Lee, who left the post in June after 13 years at the university. Lee continues to serve as a senior adviser to the OCE.

In an interview with The Hoya, Murphy said that this reorganization will allow for greater efficiency and focus.

“Given all the competing priorities, it was a real challenge to give [community engagement and government relations] the attention [they] deserve,” Murphy said. “Although the functions existed, this was an opportunity to restructure how they were being managed, and to elevate them to a higher level.”

Murphy said that he hopes to increase Georgetown’s role in community and government affairs.

“For years, Georgetown has done extraordinary work at all of those levels, especially our work in the community,” Murphy said. “By giving some lift to this office, it will give us an opportunity to better tell the story of what Georgetown is already doing and add value so we can do it on an even bigger scale and with better quality.”

Office of Neighborhood Life Director Cory Peterson said that the organizational changes will improve his response time to concerns raised by community members and students.

“Having an elevated vice president allows me to better serve … in a quicker fashion,” Peterson said. “Having that access to Chris and to [Vice President of Student Affairs] Todd Olson means I can raise an issue very quickly to both of them and be able to get access and answers quickly.”

The new position will engage with a number of different groups, including the Advisory Neighborhood Commission and other community organizations.

Murphy said that through his interactions with the community, he hopes to create opportunities for students in academic settings, community service and public service.

“There are no limits to what kinds of partnerships we can have that benefit our partners and students,” Murphy said.

Murphy said that productive neighborhood relations can bring about positive results. For instance, he cited the possibility of creating a coalition to question whether the Federal Aviation Administration is justified in flying planes directly over campus.

According to Murphy, the revamped structure of the OCE will lead to a more widespread understanding of the office and its role.

“I think there is a sense that not enough people know about all the good work that’s going on,” Murphy said. “I’ve started to have conversations about how we can better articulate and better tell the story about how Georgetown is already engaging in the community.”

Peterson echoed this sentiment and said that students and neighbors both hold misperceptions of one another.

The piece criticized the administration’s decision to put more money and resources toward community engagement while issues that many students have with resources, such as Counseling and Psychiatric Services and the Academic Resource Center, remain largely unaddressed.

“It is not that we feel the Office of Community Engagement lacks intrinsic value, but rather that we are committed to directing the university’s energy and resources toward issues that benefit the student body and the student experience,” Rohan wrote in an email to The Hoya.

Murphy said, conversely, that close relationships with the surrounding community are beneficial to the university. Murphy has already met with GUSA leadership and said that they have “a terrific working relationship.”

“First and foremost, it’s important to think about the strategic role that these functions play,” Murphy said. “If we, as a university, do not have a good relationship with our neighbors, that hurts everybody. By recognizing the importance of these functions, I think everybody wins.”