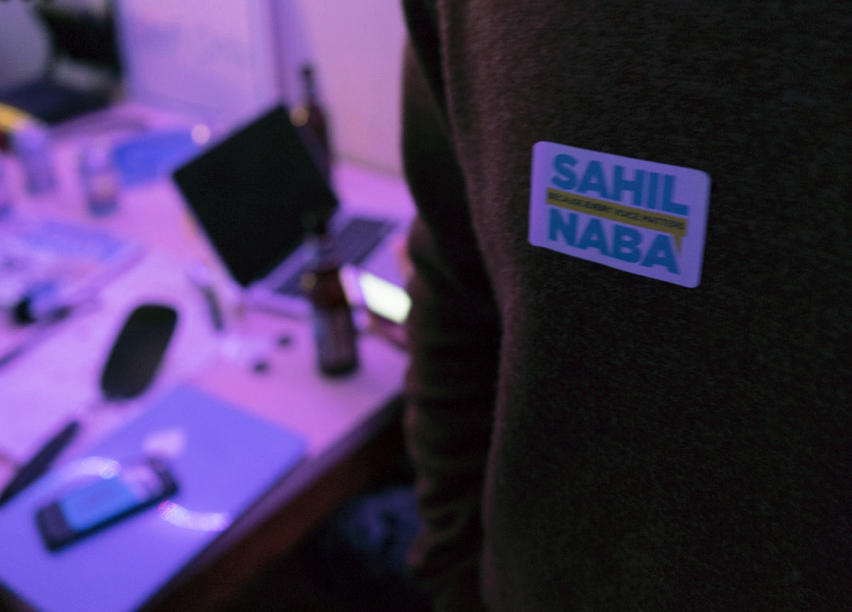 Nair’s resignation is effective immediately. Nair did not include a reason in his resignation statement or respond to a request for comment as of 9 p.m. today.

Rahman and the 10 senior staff members rescinded their resignations about two hours after Nair announced his resignation. The GUSA Election Commission, the student board charged with running GUSA elections, confirmed Rahman, Chief of Staff Aaron Bennett (COL ’19) and the senior staff members may rescind their resignations and are not violating previous commission decisions on the matter, in a news release obtained by The Hoya.

“The Vice President no longer feels she can continue to effectively serve in her role given the present environment within the organization,” Rahman’s resignation statement read.

Rahman’s statement did not clarify the “present environment within the organization.”

In their statement, the 10 senior staff members said that should leadership change, they would remain in the organization.

“Should a change in leadership occur, we would gladly remain in our positions within the organization to continue its important work,” the statement reads.

Bennett said in a separate statement following Nair’s resignation that the organization will release further information in the coming days.

“GUSA is entering a period of deep introspection and soul-searching,” the statement reads. “We plan on releasing a longer statement to provide the student body further explanation, clarity and direction as soon as we possibly can. Until then, we ask the student body to offer us patience in the short-term to wade through extraordinarily sensitive issues and decide on a path forward.”

Earlier this morning, a letter written by Ricardo Mondolfi (SFS ’19), chair of Students of Georgetown, Inc., and edited by Rahman, Bennett, GUSA Senate Transition Chair Juan Martinez (SFS ’20) and GUSA Senate Transition Vice Chair Eliza Lafferty (COL ’21) was circulated among 20 student group leaders and GUSA senators to pressure Nair to resign. The signatories included senior leadership of The Corp, GUPride, the GUSA senate and the Council of Advisory Boards, all of whom requested Nair’s immediate resignation due to assault allegations.

“It has come to our attention that for multiple weeks, Mr. Nair has faced allegations that he committed assault against several women,” the letter reads. “We believe that the safety and privacy of survivors must be respected above all else, including their decision to remain private, to file a formal report through the Title IX system, or to make their accounts public.”

The letter urged Nair to resign immediately and would have gone public had he not.

“We also believe Mr. Nair and everyone involved maintain their rights to due process and the presumption of innocence,” the letter reads. “However, we are convinced that the only way to protect effective student advocacy and the vital effort that is preserving student interests at our University is to demand he resign immediately.”

The Hoya has not independently verified the allegations. No complaints had been filed against Nair through the Title IX office or the Office of Student Conduct, he wrote in a May 28 email to The Hoya. A university spokesperson confirmed that, as of May 2019, Nair was not the subject of any complaints through either office nor had he been found responsible for any violations of the Student Code of Conduct.

Todd Olson, vice president for student affairs, said the university is committed to supporting student wellbeing and will support GUSA.

“Our elected student leaders are students first and our top priority is their wellbeing. Our team of student affairs professionals is providing counsel to Georgetown University Student Association (GUSA) leaders and we have resources available for all students,” Olson wrote in an email to The Hoya. “We are committed to a positive and supportive structure for GUSA and its continued governance according to its bylaws.”

Nine GUSA policy chairs released a statement Tuesday morning after Nair’s resignation stating that they will continue their work despite the resignations.

“Our priority remains improving the welfare of the student body and the Georgetown community,” the statement reads. “The work that happens within Policy Teams goes beyond any individual or administration, and as such we will do everything in our power to continue serving the needs of the student body during this difficult time.”

The GUSA senate is set to convene at 10 p.m. for an emergency session, according to a GUSA senator.

This article was updated May 28 to indicate the absence of Title IX or Office of Student Conduct complaints and to include comment from Nair.

Resources: On-campus resources include Health Education Services (202-687-8949) and Counseling and Psychiatric Services (202-687-7080); additional off-campus resources include the D.C. Rape Crisis Center (202-333-7273) and the D.C. Forensic Nurse Examiner Washington Hospital Center (844-443-5732). If you or anyone you know would like to receive a sexual assault forensic examination or other medical care — including emergency contraception — call the Network for Victim Recovery of D.C. at 202-742-1727. Emergency contraception is available at the CVS located at 1403 Wisconsin Ave NW.  To report sexual misconduct, you can contact Georgetown’s interim Title IX coordinator at 202-687-9183 or file an online report here.