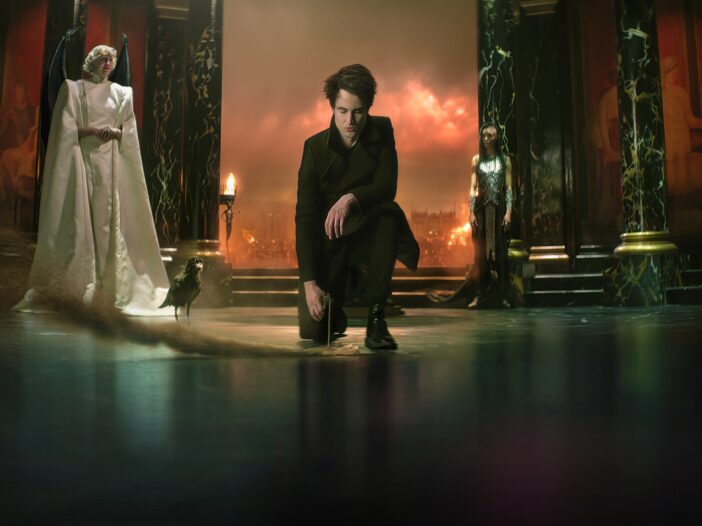 The “unfilmable” comic book has finally made it to the small screen, and to the surprise of many, it soars.

First released in 1989, “The Sandman” is widely considered one of the greatest comic book series of all time. Yet the series has also long been considered near-impossible to adapt, leading to multiple failed Hollywood productions over the past three decades.

Nonetheless, writer Neil Gaiman finally found a palatable partner in Netflix, which gave him substantial creative control as executive producer of the show alongside David S. Goyer and Allen Heinberg.

As a reader of the comic, I was worried the show may not live up to the source material, especially considering Netflix’s mixed track record for adaptations. But after the show’s Aug. 5 release, my fears dissolved as I immersed myself in a compelling and complex fantasy drama that faithfully adheres to the original comics while deftly adjusting itself for television.

Blending mythological themes into a contemporary setting, “The Sandman” follows the godlike figure known as Dream (Tom Sturridge), who controls all dreams, literal and metaphorical. He is one of the seven Endless, beings that each personify a fundamental idea like destiny, death or desire.

The story begins in 1916 when, after an occult ritual goes wrong, Dream is imprisoned in the basement of a British mansion for over a century. When he finally breaks free in the present day, Dream finds that his realm, The Dreaming, is in decay, and that his treasured items have been stolen. In the first half of the season, he sets off on a quest to find his tools that takes him to such varied locations as London, New York and Hell itself. The second half, meanwhile, sees Dream try to track down a girl named Rose Walker (Vanesu Samunyai), whose mysterious powers of dreaming may pose a grave threat to all of humanity.

In adapting the first two volumes, “Preludes and Nocturnes” and “The Doll’s House,” this first season remains largely faithful to the plot of the comic. Since DC Comics published the original, Dream technically exists alongside Superman and Batman, but such superhero references are stripped out from this adaptation, which for all intents and purposes takes place in our own world.

The season’s second half is slightly weaker than the first, and some parts struck me as potentially confusing for those who have not read the comics, but overall the deficiencies are minor. Standout episodes include “The Sound of Her Wings,” which expertly blends together two comic chapters into a poignant meditation on friendship and the nature of death, and “24/7,” the most disturbing episode, which features the villainous John Dee (David Thewlis) torturing people at a diner using Dream’s stolen magical ruby.

While on his quests, Dream interacts with an eclectic cast of characters including escaped nightmare The Corinthian (Boyd Holbrook), demon hunter and exorcist Johanna Constantine (Jenna Coleman), and the ruler of Hell Lucifer Morningstar (Gwendoline Christie), all of whom provide enthusiastic foils to the moody Sandman.

Ultimately, the story is still propelled forward by Sturridge’s excellent performance of Dream, bringing to life the iconic character that had long lived in my head. Sturridge nails the god’s subdued, almost archaic speech and Goth aesthetic, with pale skin, messy black hair and a stylish black trenchcoat. He makes the character sound menacing one moment and vulnerable the next, creating a complex portrait of a being that can often seem distant from mortal feelings.

Another noteworthy performance comes from Kirby Howell-Baptiste as Dream’s older sister, Death of the Endless. Despite her changed appearance from the comics, Howell-Baptiste strongly captures the character’s ironically joyful and comforting personality. In addition, Thewlis as John Dee creates a compelling villain, whose motivations and background garner sympathy from the viewer despite his crimes.

Finally, the show’s visual style largely does justice to the iconic comic art by Sam Kieth, Mike Dringenberg and others. The fantastical elements from areas like Hell blend seamlessly with Earth locations to create the sense of an all-encompassing epic. Dream’s powers are also faithfully depicted, including his use of literal sand to put people to sleep and his ability to travel through people’s dreams.

Overall, the quality of “The Sandman” is a relief to the comic’s fans, and a treat for newcomers to the franchise. It is clear that Gaiman’s direct involvement in the show helped keep the adaptation on course, and if the next season is anything like the first, I will eagerly await more adventures of Dream and his immortal brethren.