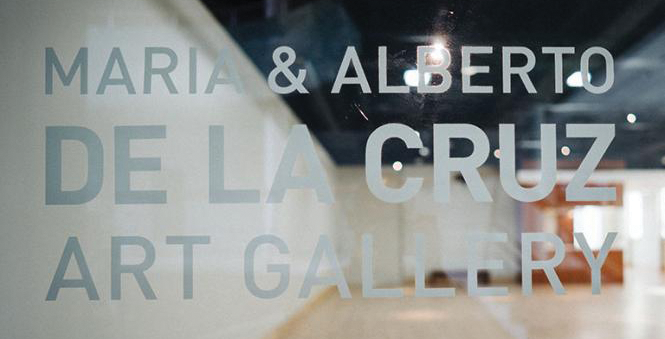 The Maria & Alberto de la Cruz Art Gallery opened Aug. 27 on the first floor of the Edmund A. Walsh Building, featuring a mix of Georgetown student artwork, travelling exhibitions and historical artwork from museums around the Washington, D.C area.

After almost six months of construction, the gallery plans to hold its first event, “Rob Pruitt’s Flea Market,” on Aug. 29 and 30. The flea market has been held in various locations since 1999, but this is the first time it is held on a college campus, according to an Aug. 27 university news release. The flea market will include local artists and Georgetown clubs, which will showcase and sell their products in market-style set up; the vendors will receive 100 percent of the proceeds.

Al Miner, who became the director and chief curator of Georgetown University Art Galleries and an associate professor of the practice in the Art and Art History department in 2017, will curate the new gallery, which will be focused primarily on contemporary art. Miner won awards for curating modern art and worked at the Boston Museum of Fine Arts and the Smithsonian Institution’s Hirshhorn Museum and Sculpture Garden.

When he was appointed, Miner outlined his vision for the gallery in an interview with The Hoya in November 2017.

“I look forward to establishing a program that will enhance the lives of those on campus, in the surrounding neighborhood, and within Washington, D.C.’s already vibrant arts scene,” Miner said. “Working in collaboration with key partners across the university, we will place great art and artists at the center of critical dialogues and create opportunities for diverse audiences to not only look at art, but to have meaningful and memorable experiences.”

The Gallery’s first annual exhibit will open on Sept. 27 and will showcase the art of Choctaw-Cherokee artist Jeffrey Gibson. The exhibit, entitled “DON’T MAKE ME OVER,” will explore Native culture, queer identities and modern art, according to the university news release.

Miner outlined the unique style of Gibson’s art, primarily rawhide paintings, highlighting how “DON’T MAKE ME OVER” will contribute to his goal of using the gallery to inspire cross-cultural engagement.

“This is the first time an exhibition will focus so heavily on Gibson’s rawhide paintings,” Miner said in the news release. “These colorful, asymmetrical diptychs are intimate in scale and play with negative space more than Gibson’s prior paintings. They vibrantly bring together Gibson’s interest in Native American painting traditions and the language of Abstraction.”

In addition to the donations from the Cruz’s, the gallery received donations from alumni, parents and members of the College Board of Advisors, according to the university press release.

Miner said that he hopes the new gallery will be a platform for cultivating conversations and engagement between various groups in the Georgetown community.

“We’ll strive to use art and the artistic voice as a platform to continue to promote cross-cultural understanding,” Miner said in the November interview.

The gallery will also present paintings and exhibitions by Glenn Ligon and Chemi Rosado-Seijo until the spring of 2020. Ligon is a widely celebrated black artist and Rosado Seijo, a social practice artist from San Juan, Puerto Rico, developed a program that partnered a museum and a local public school. In addition to the Ligon and Rosado-Seijo exhibitions, the museum is booked through the spring of 2020.