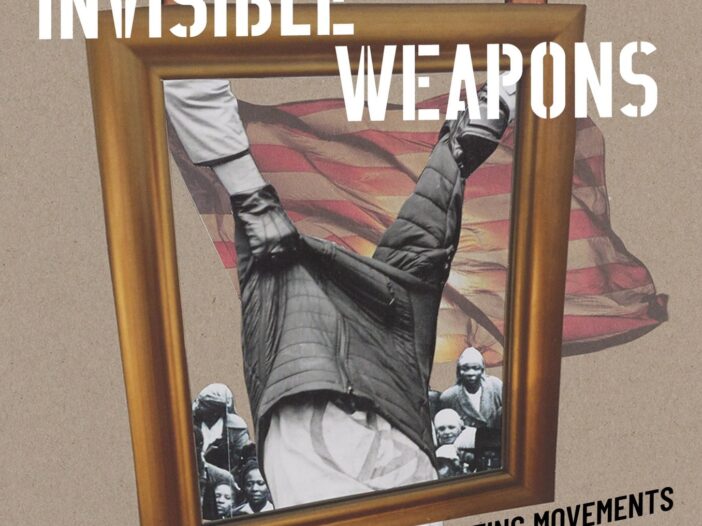 The book, written by Marcus Board, assistant professor in the department of African American studies, will be published June 29. In the book, Board discusses his research of police shootings of different demographic groups in various cities, provides in-depth interviews with food stamp recipients in Chicago and analyzes national survey data. Board utilizes this research to determine the root of the relationship in the United States between radicalism and the governmental status quo.

Board said his research reveals that anti-radical politics aid oppressive systems and hinder social justice movements, such as what he identified as the “Movement for Black Lives.”

“Oppressed groups are being coerced and co-opted and pushed to believing that anti-radical politics — capitalism, anti-intellectualism, individualism, and more — are the only way to be safe and survive,” Board wrote to The Hoya. “And I believe getting to the root of this lie is important not only for understanding how this oppressive government and many other institutions work, but also for helping recover those people who have bent and been broken under the weight of oppressive power.”

According to Board, his work is rooted in a commitment to justice and finding ways of practicing tangible forms of resistance.

“To be honest, my inspiration is justice,” Board wrote. “I never wanted my education to be about my own successes; rather, I went to school and learned how to conduct research because radicalism dictates that we get to the root of problems and I needed better tools than what I had. And so, this project is in many ways a culmination of those pursuits and my commitment to revolution as a daily practice.”

Readers in the Georgetown community will benefit from Board’s work in engaging with social movements, according to Andrew Sobanet, professor and vice dean of faculty in Georgetown College.

“We are eagerly awaiting the release of Professor Board’s book Invisible Weapons,” Sobanet wrote to The Hoya. “Professor Board is doing vital research in his field by expanding knowledge about the Movement for Black Lives. His deep engagement with important sociopolitical matters is of great benefit to our students, the university, and the broader community.”

Katie Cunningham (COL ’25), who took Board’s Ignatius seminar titled “Blackness and the Foundations of Power” in the fall 2021 semester, said that Board will continue to inspire readers to refocus American narratives around radicalism and social justice.

“Professor Board changed the way I think about American politics and social justice,” Cunningham wrote to The Hoya. “I’m so grateful for all that I learned from him about Black political theory and how to appreciate social movements from an academic lens. I’m sure that he will continue to inspire people in his new book.”

Board said he hopes that viewers realize the importance of creating change and working to expose and deconstruct the roots of social injustice and oppression.

“Getting to the bottom of things is hard work, challenging, thankless, and oftentimes painful,” Board wrote. “And as the old proverb says, if you want to go fast then go alone, but if you want to go far then go together. So In this quest to unpack, deconstruct, and ideally dismantle oppressive systems, I know that this work can be a bridge too far for many people — and I think that’s ok.”

Board says he hopes to emphasize the feasibility of creating social change and seeking to discover the root of societal injustice through his book.

“What I hope more than anything folks take away from this book is that everyday resistance, everyday community, everyday life is enough of a contribution,” Board wrote. “All we need is for people to believe and know that they have a choice. And from there, we’ll find our people and make it out together.”