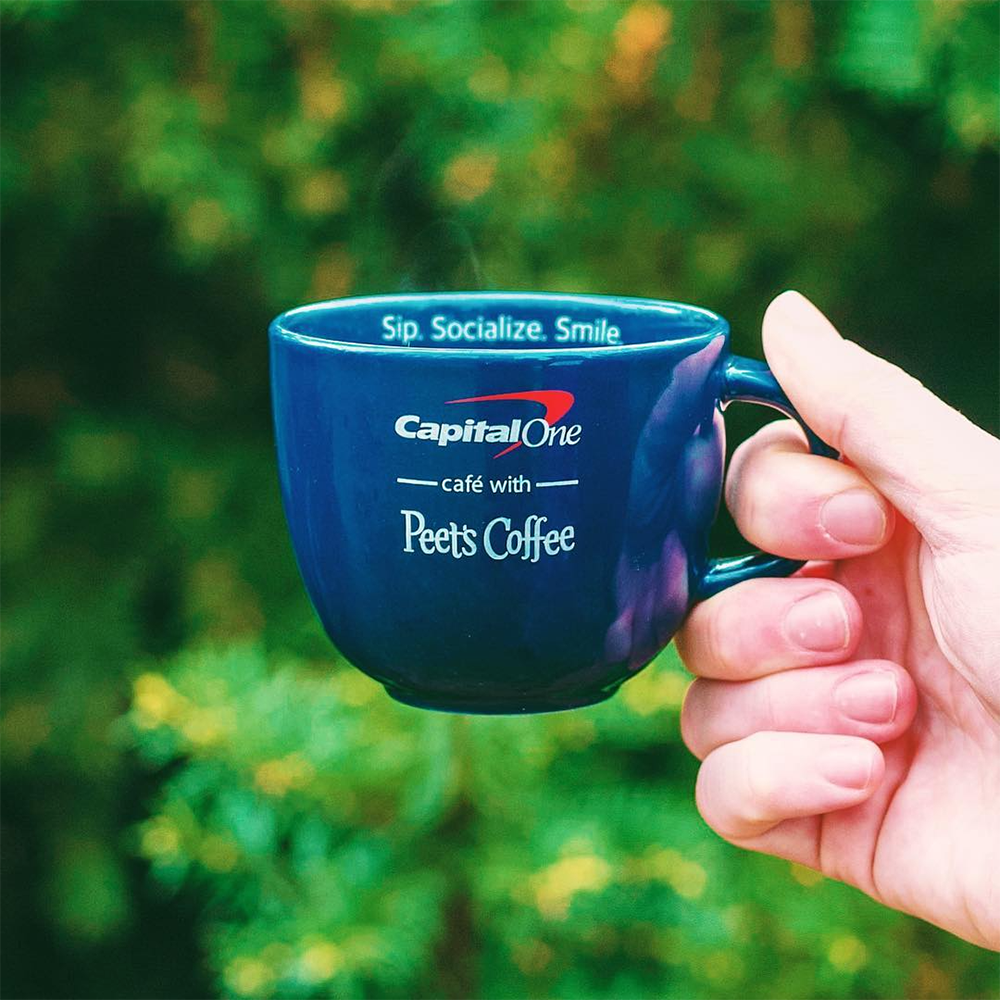 The new Georgetown Capital One Café will hold its grand opening on the SE corner of M Street and Wisconsin Avenue on Saturday, Sept. 28. The cafe will serve as a space to blend banking, coffee shop and communal working space concepts.

The Georgetown location is the second Capital One Café in Washington, D.C., following the opening of one in Chinatown in 2018. The banking company purchased the space for $50.2 million, according to The Georgetowner.

The first cafe is one of 38 located in the United States and aims to attract a younger set of customers in appealing to Georgetown students, according to Capital One spokesperson Patrica Winston.

“The Cafés hum with community events, are frequented by local students looking for a place to study and neighborhood associations hosting networking and development events that give other members of the community the opportunity to grow and prosper,” Winston wrote.

Despite the grand opening taking place at the end of the month, the cafe has been open to the public for business since Aug. 28, and is located only six blocks from Georgetown’s campus.

The cafes intend to combine a workspace with the opportunity for financial education, according to Winston.

“Our Capital One Cafés are intentionally designed to empower people to feel more confident in their relationship with money,” she wrote in an email to The Hoya. “Part of the cafe experience is also focused on helping people stress-less through programs and information to help make their lives easier.”

The cafe has many aspects of a normal Capital One bank, including ATMs and associates prepared to help customers. Cafe locations, however, also include special additions that go beyond a traditional bank, such as a money coach, touch screen information panel and events like money workshops and all-day coffee happy hours.

Besides operating as a fully functioning bank, the cafe serves Peet’s coffee, with baristas and a menu featuring espresso and other caffeinated drinks. Past the bar, the cafe provides study spaces on all three of its levels.

The location now offers another spacious study spots in Georgetown, according to Colin Petzold (MSB ’20), a Georgetown student who has studied in one of the private spaces in the cafe.

“I like the fact that it has these study rooms — upstairs, downstairs, you can usually find a good place to study,” said Petzold. “There’s more space than Peet’s and Starbucks.”

At Capital One’s Chinatown cafe, customers have focused more on working and buying coffee than on banking, according to Washington Business Journal. Most patrons spent time working on their computers instead of talking to the bankers, which Capital One calls “ambassadors.”

The Georgetown Capital One Café, similar to other locations for the company, will also be a community driven through its choice of partnerships, including Baked & Wired, Bullfrog Bagels and Good Company Doughnuts, according to Winston. The location also plans to enlist local artists to provide the decorative artwork and furniture for the cafe.

Georgetown University Alumni and Student Federal Credit Union leadership does not expect Capital One Café to draw customers away from the on-campus bank, according to GUASFCU CEO Kuran Malhotra (MSB ’20).

“GUASFCU is confident that its businesses will remain strong here on campus,” Malhotra wrote in an email to The Hoya “GUASFCU does remain the only full service branch on campus, and offers tailored services to Georgetown students, alumni, and their families that can only come from a not-for-profit financial institution like ours.”

While the location may not become everyone’s new bank, the Capital One Café can act as the next hot study spot when other established places are filled, Petzfold said.

“One of these has been open every time I’ve come,” Petzold said. “I’d say in terms of coffee shops it’s probably one of the best places to study.”