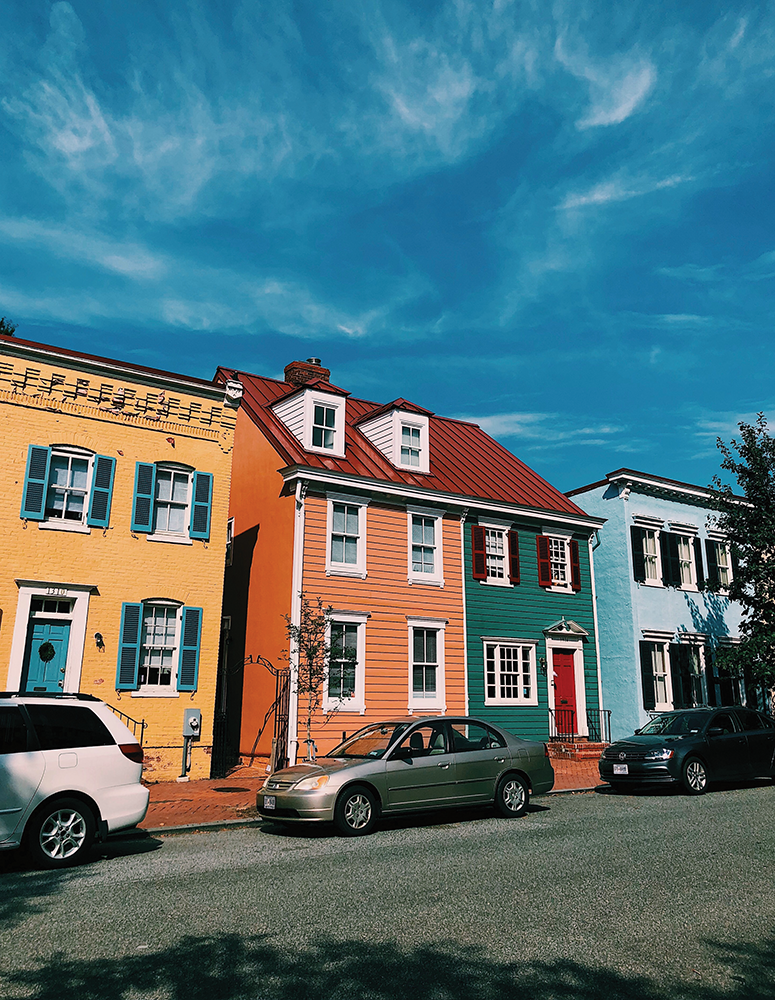 Fifty Georgetown students living on and off campus began composting their residential food because of a collaboration between Compost Cab, a compost pick-up service, and the Georgetown Renewable Energy and Environmental Network.

Participating students who live in apartments or townhouses will collect their compostable food scraps each week in a five-gallon bucket to bring to a centralized pickup location. For those in townhouses, Compost Cab will pick up the compost from Alumni Square for on-campus residences and from the front steps for townhouses, according to co-leader Noelle Gignoux (SFS ’22).

Composting residences were chosen based on students who expressed an interest in participating in the pilot program over the summer. At least one student from every participating household underwent training Sept. 11 to learn how to use the composting service, as well as to learn the specifics of what is compostable.

Continued educational trainings are another part of GREEN’s compost team’s mission, whose members hope that more information about composting will help make Georgetown more sustainably focused, according to Gignoux.

“We want to cultivate a culture of compost and sustainability,” Gignoux said. “If they start talking about it more and if they start going to cool educational events about compost then they’ll tell their friends about it, so we’re hoping that it’s going to snowball.”

The composting initiative was funded through a grant from the Laudato Si’ Fund, named after Pope Francis’ 2015 encyclical on environmental justice. The $300,000 fund was distributed to 11 projects that aim to address global and local issues of sustainability. Among the grant recipients was the GREEN composting team, headed by Gignoux and Hannah Funk (SFS ’20), who applied for the grant to make sustainability easier for Georgetown students.

The composting initiative has provided an easy and accessible way for students to help the environment, according to participant and off-campus townhouse resident Emma Berk (COL ’20).

Pursuing residential composting has been a goal for GREEN, which has other composting initiatives on campus such as collecting food scraps during the Georgetown University Farmers’ Market. However, Funk thought to partner with Compost Cab after personally using the service during the last academic year, according to Gignoux.

That Georgetown’s composting is part of a student-driven sustainability movement led Compost Cab to partner with the project, according to Compost Cab founder Jeremy Brosowsky.

“We love this project, and we’re proud to help bring it to life. What’s most significant is that from the outset, this effort has been entirely student-driven,” Brosowsky wrote in an email to The Hoya. “We think student-driven programs are the right model for food waste reduction at scale in colleges and universities, and we’re excited for this pilot to succeed and prove that.”

Compost Cab typically partners with urban farms and community gardens, which take the soil created by their compost. A usual weekly pickup subscription for Compost Cab costs $8 per week per residence, but Georgetown students will not be paying for their own subscriptions, which the Laudato Si’ grant from the university will fund. Members of the Compost Cab service reported a 40% drop in household waste as a result of using their program, according to the Department of Energy and Environment.

Beyond the scope of Georgetown, Gignoux hopes that students who learn to compost as a part of this program will carry those skills with them after graduation.

“Most of the people who signed up are juniors and seniors, because they’re living in apartments,” Gignoux said. “They’re going to be here for this year, they’re going to learn about composting and they’re hopefully going to change the culture here at Georgetown a little bit, but also they’re going out into the real world and so hopefully when they leave they’ll find a way in their adult lives to also compost.”