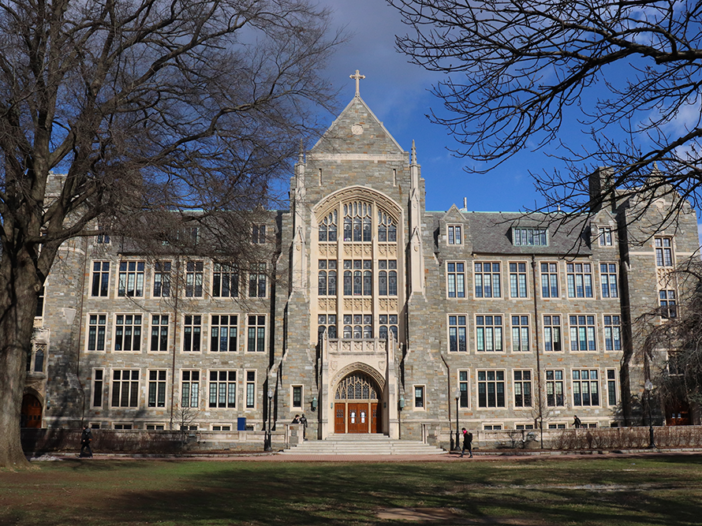 Georgetown University parent Karen Littlefair was the 53rd individual charged in the “Varsity Blues” college admissions scandal for conspiracy to commit wire fraud, according to a Dec. 9 news release from the U.S. Attorney’s Office for the District of Massachusetts in Boston.

Karen Littlefair was charged with one count of conspiracy to commit wire fraud, which could result in a maximum of 20 years in prison, according to the news release. As part of Littlefair’s plea agreement, prosecutors recommended she receive four months in prison, one year of supervised release, a form of probation after Littlefair leaves prison, a fine of $9,500 and restitution in an amount to be determined by the court at sentencing, according to court documents.

The U.S. Attorney’s office said Singer’s company completed four online classes for James Littlefair at Georgetown and elsewhere, according to the news release. Littlefair’s son used those credits to satisfy his Georgetown degree requirements and graduated from the university in May 2018.

The charges come as part of the ongoing “Varsity Blues” college scandal, a national college admissions investigation that has exposed alleged misconduct by parents who sought to improve their children’s college admissions chances. A March 12 Department of Justice indictment brought charges against five Georgetown parents and former Georgetown tennis coach Gordon Ernst in connection with the scheme.

“During the University’s investigation of this matter following the March 2019 indictments, we learned of potential misconduct relating to one graduated student taking online courses,” Dubyak wrote in an email to The Hoya. “Our ongoing review process also informed several policy changes underway for online coursework at Georgetown.”

The Family Educational Rights and Privacy Act prevents university officials from commenting on the specifics of any individual student’s case, and future actions the university may take against Littlefair’s son are unclear, according to Dubyak. However, when alumni are accused of Georgetown honor violations, the university Honor Council considers the case, she wrote.

“When the University learns of a potential serious violation of the Honor System after a student has graduated, the Honor Council will investigate and adjudicate the case and may recommend sanctions up to and including the revocation of the student’s degree,” Dubyak wrote.

The college admissions scheme leader, Singer, pleaded guilty in March to multiple felony counts, including racketeering conspiracy March 12, according to the Boston Globe. His company helped other students gain admission to Georgetown, Stanford University and Yale University, among others.

Georgetown previously dismissed two students whose parents were named in the March 12 indictment for their connection with the college admissions bribery scheme. The two were falsely designated to the Georgetown tennis team by Ernst. Ernst pleaded not guilty to racketeering conspiracy after allegedly accepting $2.7 million in bribes to designate 12 students to the tennis team to guarantee their admission to Georgetown.

The Georgetown admissions office discovered irregularities in the athletic credentials of students when evaluating the applications of students being recruited to play tennis by Ernst. However, university officials were not aware of Ernst’s actions until they were contacted by the U.S. Attorney’s Office, according to Dubyak.

Four Georgetown parents accused of bribery and fraud changed their pleas from not guilty to guilty in a Boston federal court Oct. 21.

The university has restructured or changed many policies surrounding online coursework offered at Georgetown, including online proctoring solutions and anti-plagiarism technologies, according to Dubyak.

“We have implemented or are in the process of implementing a number of additional measures to safeguard the security and [identity] of online course participants, including the development of a more robust learning management system that provides better access tools to prevent cheating, along with providing enhanced student learning data to help identify potentially inappropriate behavior,” Dubyak wrote.

Both Littlefair’s attorney, Kenneth Julian, and a spokesperson for the U.S. Attorney’s Office in Boston declined to comment.