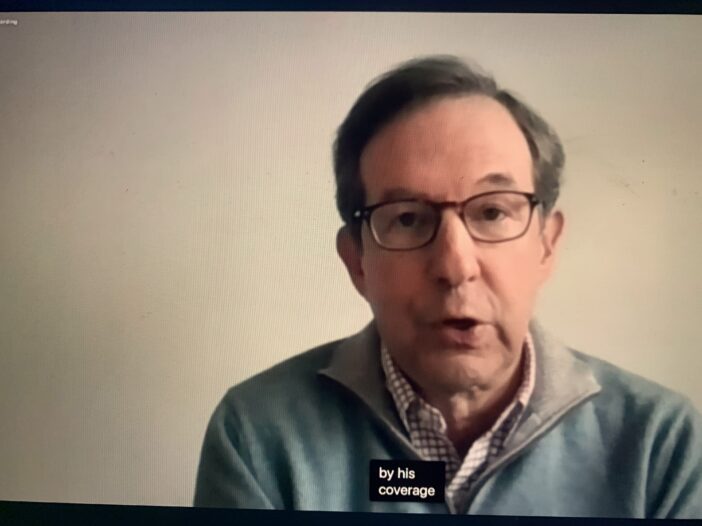 The pandemic has taken a heavy financial toll on struggling local newspapers. Smaller publications tend to rely on print subscriptions and ad revenues to sustain their enterprises. With these funds running dry, many local newspapers and magazines have had to lay off workers, scale back publication or shutter all together. Prior to the global health crisis, thousands of local newspapers shut down because of financial hardship.

Despite these ongoing challenges, newspaper organizations should not rely on financial support from local governments, according to Wallace.

“I sort of get nervous about governments paying for news organizations because you want them to be independent. You don’t want them to be beholden to the idea that the local government is going to bail out the local newspaper,” Wallace said. “That comes potentially with strings attached.”

Instead, Wallace proposed that struggling publications and outlets adapt their business models to remain profitable and independent.

“In the end, the market speaks — the free market speaks,” Wallace said. “I think that whether it’s newspapers or local television stations, internet sources, that they have to find a business model that supports them.”

Though some news organizations like Axios have returned their federal aid to avoid potential conflicts of interest, other news organizations have accepted federal funds in order to stay afloat. The Chicago-Sun Times and the Seattle Times were two among several prominent news outlets to accept millions of dollars in federal aid.

“The point is that The New York Times or The Washington Post or The Wall Street Journal found a model that worked,” Wallace said. “And in the end, I’m not really comfortable with government bailouts or handouts to news organizations. I think they have to find a model that works to allow them to stay in business, and if they don’t, somebody else will find one that does.”

Wallace hosts “Fox News Sunday,” a morning talk show. Before joining the conservative media giant in 2003, Wallace worked as a White House correspondent and the host of “Meet The Press” at NBC. During the April 21 event, titled “Covering the Coronavirus: Journalism During a Global Crisis,” Wallace also discussed continuing issues of media bias and public distrust in the media.

The public’s lack of trust in the media largely stems from an inability to differentiate opinions from facts, according to Wallace.

“I like to think that people can distinguish between the opinion of Fox and the news side of Fox. I could describe it to you, but I’m sure there are a lot of folks out there who can’t define it,” Wallace said. “I could say the same thing about MSNBC and CNN and a lot of newspapers as well.”

Much of the distrust stems from public confusion about a news outlet’s distinct components, Wallace added.

Sources for news also differ along partisan lines. Many Republicans only follow coverage from Fox News, while Democrats tend to get their news from CNN and other big broadcast networks. Wallace advised audience members to inform themselves with a variety of news sources to gauge different viewpoints and opinions.

“I think one of the worst things that people do is that they just read stuff that reinforces what they already believe,” Wallace said. “Challenge yourself. Go read what the other side says. As a good newsman, I do that all the time.”