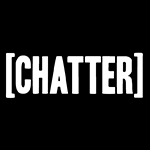 I’m sorry for giving you such a burden, but take this as a part of growing bigger and stronger. You are grown, but you have a lot more growing up to do. You worked very hard to get where you are. But now you have a bigger responsibility to embrace than just going to college. Studying for a grade will never take you too far. I want you take some time, a year off, to open around to things, reorganize yourself. Do not live the same way we have: running and running and running. We never stopped to look back to find balance for tomorrow. Take some valuable time to breathe. You can continue your studies, you can do whatever you want to do, on one condition: you are not only going to try your best doing it, but you’re going to be happy, too. Nothing can replace your happiness. I love you so much. I’m proud of you.

The best thing my parents ever did for me during my childhood was never tell me they were proud.

I wrote my first story, about a girl that lived in a sandbox with her brother, in pre-school. I helped pass a county legislative bill in the second year of grade school. I braided my own hair and picked out my own blue dress and black, patent shoes when I went to accept a Presidential Academic award at graduation. I drove myself to and from the reception to accept a citizen’s scholarship for university. But I was never met with the words, “You’ve done well. I’m proud of you.”

As terrible as that may seem, it became my greatest blessing in disguise. By never hearing the words of affirmation come from the two people that mattered the most in my life, I never did things respective and enslaved to their standard —instead, I built my own.

We so often work towards a goal of receiving positive reinforcement from the people we surround ourselves with on a daily basis: our family members, our friends, our significant others, our professors. The way we then internalize the level of success we’ve achieved is measured by words, a letter grade, a swift kiss stolen between parted lips, a curt nod, a heavy pat on the back. And before you know it, you are lost in the cycle of seeking and settling for some words, some grade, some kiss, some nod, some pat on the back. And nothing ever grows in a cycle.

The greatest favor a world subsumed in competition and weighing success is allow you the freedom of not being delineated by another. You will no longer be at the mercy of measuring your value based on any person’s inability to see your worth. There are certainly easier paths, and this has proved the most tumultuous, meandering journey that I am still a traveler of, but I have become the best possible version of myself. Without the weight of another’s approval, I learned to flourish, I learned to be grounded, I learned to be strongest, and I learned to be the most that I could.

The first time my mother ever told me she was proud of me was in the midst of a familiar and arduous battle with depression and addiction at the age of nineteen. And as much as I ached, to the deepest and grittiest parts of my bones, to finally hear those words, they were just floral adornments on a fully erected, magnificent piece of art. It doesn’t matter how much support you receive, or don’t. It doesn’t matter what hand you’ve been dealt in life and how unfair it may momentarily seem. An internal purpose that is harvested by you is the most reliable emotion to be driven by —it will never betray you, be disappointed in you, admonish you, or abandon you— it will be there now, tomorrow, and for many tomorrows to come.

Sarah Kim is a junior in the College. Infinity Songs appears every other Sunday at thehoya.com.