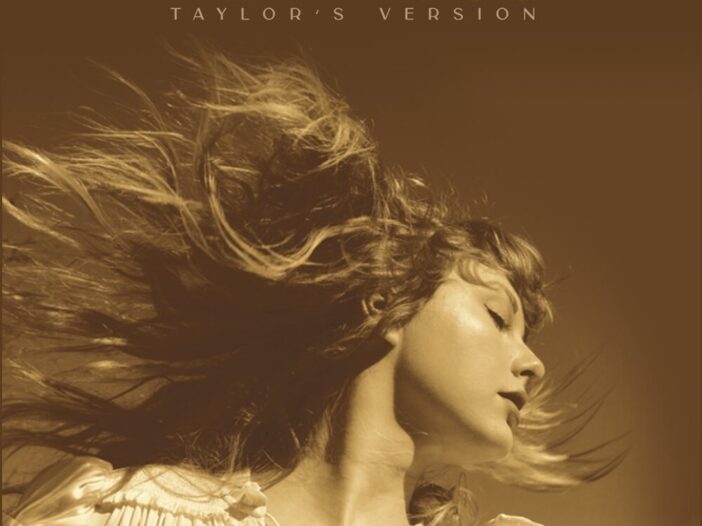 Taylor Swift is giving the people what they want. The artist’s 2019 announcement that she would be rerecording six of her original albums was, understandably, met with some confusion. Fans felt dismayed as to why Swift would spend so much time and money on rerecording dozens of songs.

The answer lies in Swift’s desire for artistic ownership and autonomy. When her former manager sold her work to producer Scooter Braun without her knowledge in 2019, Swift immediately began a crusade to reclaim both her words and her past to secure her future. With “Fearless (Taylor’s Version),” Swift is reclaiming her identity not only as a songwriter, but as a female pop star who has faced the challenges of a male-dominated production industry.

After the initial story broke that her work had shifted hands, Swift wrote in a post on her Tumblr page of the hard choices she had to make in order to grow up as an artist. In the post, she reminisces on the times when she used to write music on her bedroom floor.

Although occasionally heavy handed with its romantic theme, this rerecording is a pleasant journey into the past of Swift’s work, showcasing her maturity as an artist in contrast to her young lyrics. “Fearless (Taylor’s Version)” is Swift’s way of reintroducing herself to audiences both familiar and unfamiliar, reclaiming her sense of autonomy and freedom as an artist.

In addition to tracks her fans already know and love, Swift included six new songs on this version of “Fearless” that she wrote back in 2008 but were not released with the album. Released in advance of the full album, the single “You All Over Me” features country music star Maren Morris on backing vocals and stuns with its melancholy musical tone.

The track’s poetic lyrics declare “no amount of freedom gets you clean,” a near parallel to her 2010 song “Back to December.” It is almost surprising this song was written over a decade ago, since it fits well with Swift’s latest journey into the whimsical and nostalgic with “evermore.”

Perhaps the best addition to the album, “Mr. Perfectly Fine,” is four and a half minutes of glittering instrumentals and Swift’s sardonic vocals. In this track, Swift details a breakup with a particularly indifferent partner, calling herself “Miss misery” and assigning him epithets like “Mr. casually cruel.” Speculated to be about Swift’s ex-boyfriend Joe Jonas, the song even won over his now-wife, actress Sophie Turner, who said on Instagram that it was “not NOT a bop.”

With its fast-paced tempo and catchy drumbeat, “Mr. Perfectly Fine” is a dazzling expression of teenage resentment and hurt after an out-of-the-blue breakup. The song’s great balance of wit, indignation and bright pop sound should easily make it a new Swift classic.

Those who listened to any pop radio in the late 2000s will find “Fearless (Taylor’s Version)” an easy album to slip into. In addition to the new songs, the popular tracks “Love Story,” “Fifteen” and “You Belong With Me” crown Swift’s album as renewed yet loyal recreations of her pop country classics.

“Love Story,” with its familiar twanging guitar and romanticized lyrics, easily proves it is deserving of its ranking as Swift’s fourth-biggest single. “Fifteen” is almost too fresh-faced in comparison to the mature persona Swift has taken on as an adult in her career, but it charms when paired with Swift’s polished vocal skills. The upbeat guitar tempo of “You Belong With Me” is still catchy enough to distract from the backhanded comments about short skirts and cheer captains — mostly. All three of these songs, although remnants of Swift’s past, are improved in their new versions with her more sophisticated sound.

Although the romantic theme tires after a while, Swift manages to prevent total monotony on the album by alternating between down in the dumps and head over heels, between tear logged and fast paced. Swift takes a break from adolescent love with “The Best Day,” a song that explores her relationship with her mom and offers a taste of the stirring storyteller Swift can be. Though love songs are a tried and true way to a hit, Swift would benefit from more thematic variety on this album.

Altogether, “Fearless (Taylor’s Version)” is a captivating, sentimental and sometimes snappy stroll down memory lane with just the right amount of childhood nostalgia. The album weaves lyrics together in a way that proves Swift’s elegiac, honest writing has always been her saving grace.