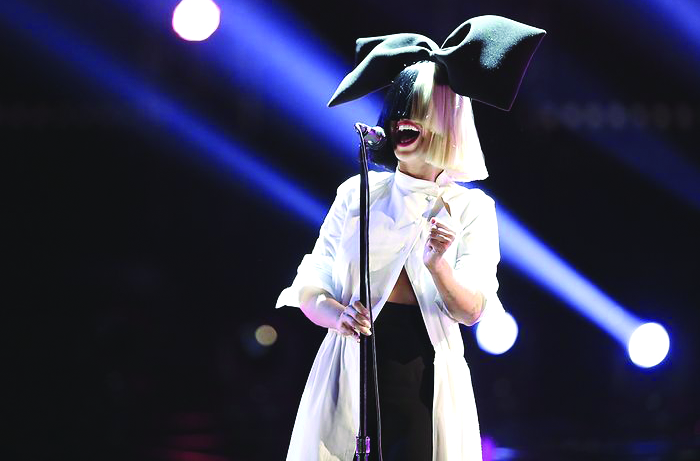 On Oct. 19, Australian singer-songwriter Sia brought “Nostalgic for the Present,”  her first-ever arena concert tour, to the Verizon Center. Blending powerful renditions of tracks from her newest album, “This Is Acting,” with impressive live production, the pop star put on a memorable show that left the thousands in attendance inspired and empowered.

London-based duo AlunaGeorge — know for its hit song “You Know You Like It” — opened the show with some exciting electro-pop tracks. AlunaGeorge’s quirky aesthetic and charm provided the perfect segway into the second opening act, R&B singer Miguel’s performance.

Miguel, a California native, put on a passionate performance that highlighted his incredible vocal dexterity. His stripped-down rendition of “A Beautiful Exit” showcased his phenomenal range, managing to create an intimate atmosphere in the 18,000-seat arena. With soft, colored lights and a simple backdrop that recalled a distant galaxy, Miguel created an other-worldly concert experience.

Sia’s long-awaited appearance was nothing short of spectacular. Sporting a large bow, her signature half-blonde half-black wig and an oversized white dress, she stood in the back left corner of the stage as an array of dancers — including child star Maddie Ziegler — occupied the foreground. Her opening track, “Alive,” was a potent introduction to her unparalleled voice and the ensemble’s talent. Ziegler danced around the entire stage, mesmerizing the crowd with her sheer athleticism and emotive movements.

Following “Alive,” Sia performed her cover of “Diamonds,” a track written for Rihanna in 2012 that topped charts in over 20 countries and is on its way to becoming one of the best-selling singles of all time. At the start of the song, a man sat silhouetted in the middle of the stage. During the anthemic chorus, the man’s hands lit up to reveal shimmering diamonds that illuminated the whole arena. More and more light reflected off the man’s diamond-encrusted clothing as the song went on, until the entire stadium was sparkling.

“Bird Set Free,” another track off of “This Is Acting,” was one of the most impactful performances of the night. A performer took on the character of a man trapped in a dreary, oppressive work environment. By the end of the song he had broken free and liberated himself, moving around with unbridled freedom and pure soul. By the crowd’s reaction, it was obvious that everyone had been touched by the song’s poignant message.

“Cheap Thrills,” a reggae-tinged synthpop track that was Sia’s first No. 1 on the Billboard Hot 100, had the entire crowd dancing on its feet. The song’s tropical, driving beat seems tailor-made to the large arena setting, and the Verizon Center was abuzz with energy. Sia followed up her international smash hit with a jazzy throwback, “Soon We’ll Be Found,” off her 2008 album “Some People Have Real Problems.”

From that point forward, the concert continued to grow in emotion and strength. “Elastic Heart” and “Unstoppable” were lively power ballads about bouncing back after a hard fall, and “Breathe Me” was a cry for help that gradually intensified from start to finish. For her penultimate song, Sia did a stripped-down cover of David Guetta’s “Titanium.” Devoid of all its hard-hitting electronic elements, it prompted an arena-wide sing-along as the crowd belted out the chorus in unison.

“Chandelier” was the grand finale the crowd had been eagerly anticipating, immediately bringing all attendees to their feet. As Ziegler re-enacted the music video live on stage, Sia’s powerful voice sang out a message of hope and redemption. The young dancer’s movements were set against a video montage featuring solo shots of each dancer who had performed throughout the night. A grateful audience hailed Sia, who responded with a humble, “Thank you so much. Love you guys.”

After an encore performance of her newest single, “The Greatest,” it was clear that Sia had delivered more than a simple concert. The night was a multifaceted artistic showcase that aimed to connect with every member of the crowd. Her messages of overcoming obstacles and low points to achieve greatness were surprisingly poignant and inspiring.

Humble and honest despite her staggering commercial success, Sia is a model for anyone struggling to overcome tribulations in life. The tour lives up to its name, providing audiences with plenty to reminisce about for a long time.