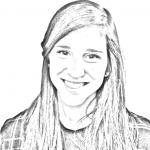 On Tuesday, presidential candidate Hillary Clinton participated in her first national TV interview since announcing her candidacy three months ago. As promised, this interview covered a vast number of issues, ranging from emails sent during Clinton’s time as secretary of state to Clinton’s opponent for the Democratic nomination, Vermont Senator Bernie Sanders (I-Vt.).

While Clinton sounded polished and confident during the interview, not all of her statements were completely accurate, at least not in the context in which they were said. The Wall Street Journal wrote an article that broke down Clinton’s comments on the legality of releasing her emails.

First off, Clinton stated that she “never had a subpoena.” While she never had a subpoena concerning all of her emails, the House Select Committee on Benghazi did in fact subpoena her in March for emails that related to the attack in 2012. Clinton also claimed that she “chose to turn over 55,000 pages because I wanted to go above and beyond what was expected of me.” But Clinton didn’t note that the State Department sent her an informal letter request to turn over all emails relating to business no later than when she left office.

While she was under no legal compulsion, many would consider that Clinton was under some loose definition of “duty” to turn over her emails.

Nonetheless, the National Archives didn’t issue a recommendation that government employees should avoid conducting official business on personal emails until after Clinton left office. Furthermore, it wasn’t until 2014 that President Barack Obama signed changes to the Federal Records Act, which now states that federal officials can only use personal email addresses if they also send the emails to their official account. So Clinton was legally in compliance with the laws and regulations at the time, although she could have been better at explaining this, and have taken less credit for herself.

But don’t worry, CNN reporter Brianna Keilar didn’t give Clinton any credit at all. Immediately after the interview aired, Keilar bashed not only Clinton’s lack of transparency but also her lack of engagement on a discussion about Bernie Sanders and fellow Republican candidate Jeb Bush. What I find interesting is not that Clinton didn’t “engage” on discussing her opponents, but that Keilar believed Clinton would outwardly attack Sanders, who is becoming a more viable Democratic candidate by the day. Or that Clinton would talk about Bush as if she were already the Democratic nominee and he were her opponent. This way of thinking directly contrasts with Clinton’s 2016 campaign strategy to avoid the narrative of inevitability. Clinton didn’t take the bait.

This is proof yet again that the press is not going to go easy on Hillary. While I’m not advocating for the press to do so, I urge voters to be skeptical of candidates as well as of the media. It is biased and, in the end, in it for the ratings.

The most important question to ask at the end of this discussion over Clinton’s CNN interview and the email fiasco is: Do voters even care? While I don’t have the answer to that, I know it is a whole lot less than the media thinks.