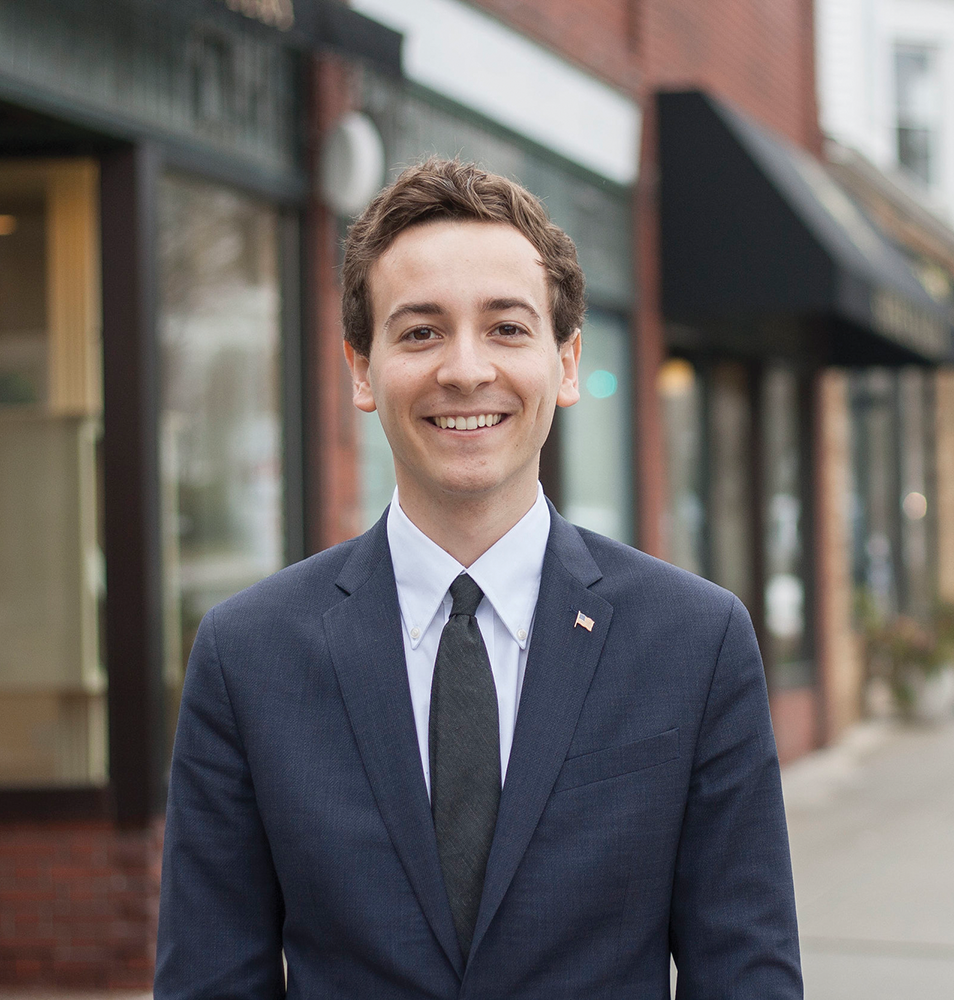 Will Haskell (COL’18) knows it may be hard for some to take a 22-year-old’s State Senate campaign seriously, but he has at least one supporter: former President Barack Obama.

Obama tweeted his support for 260 Democrats, including Haskell, running in gubernatorial, U.S. House of Representatives, U.S. Senate and state legislature races in his second wave of endorsements Oct. 1. His long-awaited first round of endorsements was announced Aug. 1.

“Today, I’m proud to endorse even more Democratic candidates who aren’t just running against something, but for something—to expand opportunity for all of us and to restore dignity, honor, and compassion to public service. They deserve your vote,” Obama wrote in the tweet.

Haskell launched his campaign to represent Connecticut’s 26th congressional district in the State Senate in March, during the spring semester of his senior year at Georgetown University.

Haskell deferred his plans to enroll at the Georgetown University Law Center to focus on his campaign, which has been thrust into the national spotlight in the days following Obama’s endorsement. In the days since, Haskell has been profiled by several national publications, including The New York Times and ABC News.

Despite Haskell’s inexperience compared to his opponent — State Senator Toni Boucher (R-Conn.), who has served in state legislature since 1997 and as a senator for Connecticut’s 26th congressional district since 2009 — he has received significant support from more established Connecticut politicians. Senators Richard Blumenthal (D-Conn.) and Chris Murphy (D-Conn.), as well as Rep. Jim Himes (D-Conn.), have all endorsed Haskell and campaigned for him.

Though Haskell’s campaign reached out to the Democratic National Convention about the possibility of being endorsed by Obama after his first wave of endorsements in August, the news on Oct. 1 came as a surprise to Haskell, as he was initially unsure whether Obama would get involved in state legislative races.

“I was amazed that President Obama decided to get involved in this race, but I think it speaks to the importance that the Connecticut State Senate goes blue this year, and just what’s at stake in state legislative races and in state houses across the country,” Haskell said in an interview with The Hoya.

The Connecticut State Senate currently includes 18 Republican and 18 Democrat senators and is the only tied state legislature in the country, which makes this race especially significant, Haskell said.

“People are really starting to look at the 26th district, and a seat that hasn’t been held by a Democrat since the 1970s, all of a sudden, might actually flip,” Haskell said. “We think of this state as a blue state very often, we see Jim Himes and Chris Murphy and Richard Blumenthal on TV, and Connecticut go blue in almost every presidential election, and we forget that actually this is a very purple state with the only tie in the whole country.”

Though Obama’s endorsement has given Haskell national attention and an boost in volunteering numbers, it will not be a defining factor of the race, Haskell said.

“For anybody who’s paying attention, they’re not going to see a huge shift in this race, they’re going to see just more of the same, of exactly what we’ve been doing: listening to, and learning from, voters,” Haskell said.

Haskell’s campaign manager and college roommate Jack Lynch (COL ’18) said that, while he and Haskell are excited about the endorsement, they are not taking anything for granted.

“I think the excitement in this race is definitely on Will’s side of things, but we’re challenging an incumbent who has been in office for over 20 years,” Lynch said in an interview with The Hoya. “We’re more confident than we were a couple of weeks ago, but we’re not going to be complacent at all, only cautiously optimistic really until the polls close on election day and we see how things have gone.”

Lynch acknowledged that Haskell’s youth has the potential to make voters apprehensive in backing him.

“The biggest concern with his age is that people aren’t going to take him seriously, but anyone who meets Will or talks to him at an event knows how seriously he takes this race, and how much he knows about the policies that are affecting Connecticut,” Lynch said.

However, Lynch also said Haskell’s youth has benefitted his bid.

“It makes him stick in people’s minds; it gets people’s attention that a 22 year-old is running for office,” Lynch said.

Despite recent upticks in voter registration, the campaign is still concerned about voter turnout on election day, Haskell said.

“The problem is we need to make sure those newly registered voters actually become voters, actually get to the polls. So an obstacle facing our campaign is that it’s too hard to get absentee ballots,” Haskell said.

Sanford Ungar, a government professor and director of the Free Speech Project of Georgetown University whom Haskell worked under, also has high hopes for Haskell’s chance in November.

“I was pleased, but not really surprised, that President Obama had endorsed him,” Ungar wrote in an email to The Hoya. “Will is one of the most interesting political candidates in the country this fall, and the outcome of his [s]tate Senate race in Connecticut will be a bellwether of things to come.”

Haskell is hopeful for election day, from observing reactions to recent political events.

“With everything that’s been happening in the news recently, with Justice Kavanaugh taking his seat on the bench and throwing into jeopardy reproductive health and freedom, environmental regulation, voting rights, LGBTQ equality, people are getting involved and they’re frustrated and energized in a way that is really inspiring to me,” Haskell said.