Self-imposed exile seems to do something special for musicians.

In the wake of his infamous encounter with Taylor Swift at the 2009 MTV Video Music Awards, Kanye West retreated to Hawaii and crafted “My Beautiful Dark Twisted Fantasy,” his most expressive and critically acclaimed album to date. During the winter months of 2006, Justin Vernon of Bon Iver isolated himself in a remote cabin in Wisconsin and composed the much-lauded album “For Emma, Forever Ago.”

Following the release of 2012’s “channel ORANGE,” a celebrated, novel take on alternative R&B and soul, Frank Ocean disappeared from the public eye and left a void in the music world. As fans and critics alike eagerly waited the Los Angeles-based singer’s follow-up, countless whispers of impending release dates proved false. Days turned into weeks, which turned into months, which turned into years.

Some worried that Ocean was headed down the same path as singer-songwriter Lauryn Hill — that he would release just one album of bona fide musical genius, then vanish. The world longed for his ingightful voice, especially amid protests of police brutality and growing racial unrest nationwide. “channel ORANGE” proved that Ocean could pull listeners into his own vivid reality, and many longed to enter it again.

Hype for the album continued to swell, but Ocean was nowhere to be seen. There were only sporadic hints, mainly appearing on Ocean’s Tumblr page – his only active social media account – something was in the works. In November 2014, he posted a two-minute snippet of a song titled “Memrise.” It was the first Ocean solo track that anyone had heard in over two years.

While many took this as a sign that Ocean’s second LP was imminent, nothing came of it. Then, on April 6, 2015, Ocean posted a picture of himself sitting over a stack of magazines titled “Boys Don’t Cry.” It carried the cryptic caption: “I got two versions. I got twooo versions …” A representative confirmed with Billboard magazine the album and publication were both to be released in July.
July came and went. Ocean released nothing.

On Aug. 1, a video surfaced online appearing to show Ocean in some kind of workshop. Instrumentals could be heard playing faintly in the background of the black and white footage. After 18 days, the truth of the transmission was revealed: Ocean released his visual album, “Endless,” as an Apple music exclusive.

Forty-five minutes long, “Endless” consists solely of Ocean methodically crafting, then climbing, a lone spiral staircase. This visual component, while likely meant to reflect Ocean’s perfectionism — a trait that contributed to the four-year gap in his output — quickly grows monotonous.

Fortunately, Ocean’s stoic woodworking is only one half of the project. The music of “Endless” begins with a hauntingly beautiful cover of the Isley Brothers’ “At Your Best (You Are Love).” Combining subdued production with stunning falsetto, the track is a fine reintroduction to everything that makes Ocean such a compelling artist.

The stark warehouse setting becomes a backdrop for the intricacies of each carefully curated sound, including Alex G’s lo-fi guitar work on “Wither,” subtle Daft Punk sampling on “In Here Somewhere” and the multilayered vocals on “Alabama.” The songs, some more complete than others, flow into one another almost seamlessly. They veer close to coming across as an amorphous collection of demos and B-sides, but Ocean’s raw musicality manages to hold everything together.

At the conclusion of the video, just as Ocean is finally climbing the staircase where he toiled away, everything abruptly vanishes. It is an apt representation of Ocean’s relationship with fame and celebrity, his unwillingness to fully reveal himself to the clamoring masses. Moreover, it reinforces that “Endless” is a journey rather than a destination. 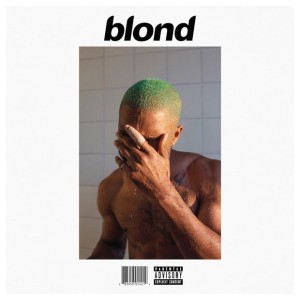 Just one day later, the spacey musings of “Endless” became overshadowed by an even larger release from Ocean: “Blonde.” The true successor to “channel ORANGE” had finally arrived. Along with it, in four pop-up shops in cities around the globe, came the long prophesied magazine titled “Boys Don’t Cry.”
Those expecting “Blonde” to boast the same maximalist, pop-leaning flavor of its predecessor may be somewhat disappointed; the instrumentals of the album, largely produced by Ocean himself, are often spare and subdued, many relying on just a keyboard and guitar. Drums are notably absent on many tracks.

While this stripped-down aesthetic allows Ocean’s mesmerizing voice to come to the forefront, the tracks that embrace a more diverse sonic palate are some of the most entertaining on the album. The driving bass and atmospheric synths of the leadoff track and first single “Nikes” make for a powerful introduction, as does Ocean’s artificially pitched-up voice. It is almost as though Ocean is teasing us: After four years, he still makes listeners wait three minutes to hear his real voice again.

Lyrically, the album is more intimate and erudite than “channel ORANGE.” Ocean focuses on lost friends and lovers, youthful trysts, drug use and sexual desire, while simultaneously exploring philosophy, isolation and vulnerability. On the standout track “Solo,” he poetically links the troubles of the world to his own personal vices and escapism: “It’s hell on Earth and the city’s on fire, inhale, in hell there’s heaven.”

Although there are no tracks on “Blonde” that are quite as expansive and epic in scale as “Pyramids,” “Nights” comes close. For the first three and a half minutes, Ocean boasts about his ambition over shimmering, upbeat guitar (“No sleep in my body, ain’t no b—- in my body”). Then, at the three and a half minute mark, the exact midpoint of the entire album, the beat suddenly becomes a much slower, slinking R&B groove over which Ocean raps about his life after leaving Louisiana in the aftermath of Hurricane Katrina. Both verses are deeply personal, and the track’s division speaks to the entire album’s embrace of duality; namely, masculinity and femininity and Ocean’s bisexuality.

Within “Boys Don’t Cry,” the 360-page compilation of photographs, stories and artwork that Ocean released alongside the album, there is an extensive list of big-name contributors: Beyoncé, Tyler The Creator, Rick Rubin, Kanye West, Kendrick Lamar and many more. Even The Beatles and David Bowie get a mention. However, the album is so dreamlike, even sparse, that it is difficult to point out exactly where these other artists fit in. Lamar and Beyoncé, two of the biggest superstars in music, get relegated to minor backing vocals on “Skyline To” and the Pharrell-produced “Pink + White,” respectively.

The only artist with a genuine feature is the ever-elusive André 3000, who also was featured on “channel Orange” on the slow-burning “Pink Matter,” In just one rapid-fire verse on the reprise of “Solo,” he speaks on his growing weariness when confronted with police killings of black youth, feelings of depression (“So low that no more high horses, so hard to wear Polo”) and his disappointment in ghostwriting and the current state of hip-hop. Notoriously stingy with his verses, André makes the most of every single syllable here. Bolstered by phenomenally minimalist production from Mike Dean, it is a song that solidifies his status as one of the greatest MCs of all time.

The emotional apex of “Blonde” is “White Ferrari,” a profoundly gorgeous, heart-wrenching song in which Ocean muses on a teenage love and the time they spent together. The track is a fitting summation of the entire album: an ethereal look into the past, cut with raw emotion and imbued with the sense of longing that only Ocean can provide.

With the release of “Blonde,” “Boy’s Don’t Cry” and “Endless,” Ocean has done more than release a sophomore album. In audio, print and visual formats, Ocean has made a near-perfect statement on pop culture itself and the notions of celebrity and fame, while also furthering his personal narrative as one of the most talented, honest and creative forces in the industry.