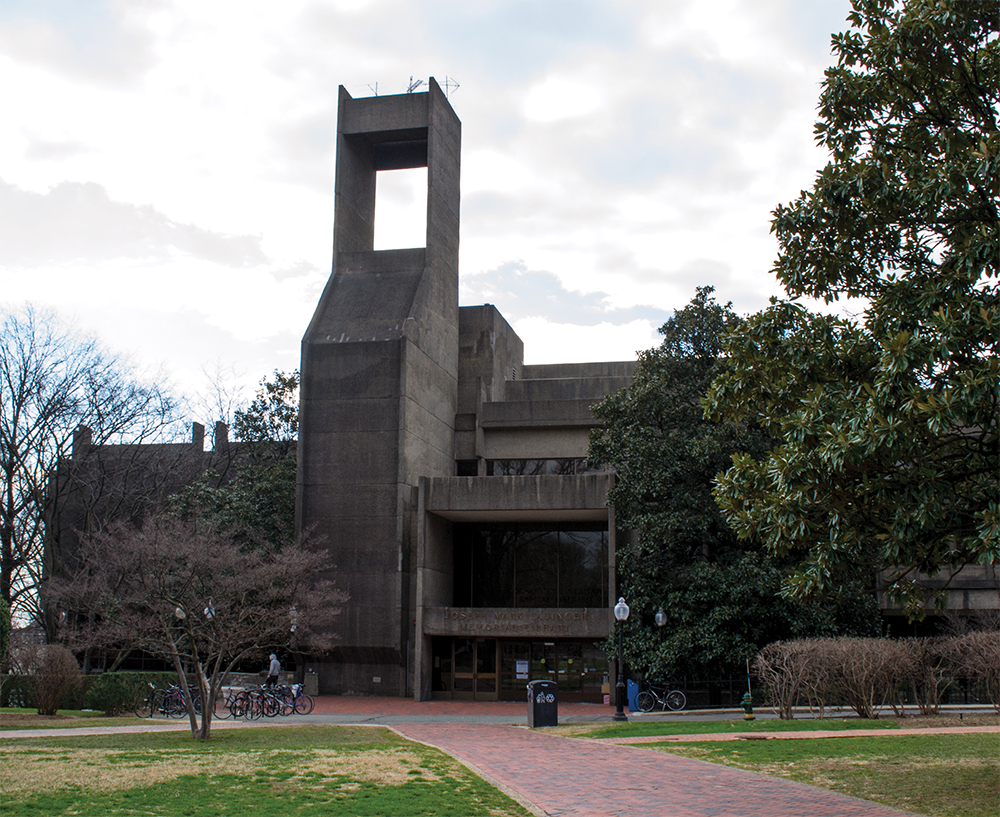 Many on-campus Georgetown University students have had to resort to photo editing and negotiations with health screeners to enter campus buildings after identifying glitches with the university’s digital building access badge.

On-campus students are required to be tested twice a week and report their symptoms daily through an app developed by One Medical, a primary care provider, according to the university’s official COVID-19 guidelines. Students who report low-risk symptoms, complete their tests and test negative for COVID-19 are supposed to receive a green badge on the app.

Students must present their badge to public health screeners — security workers contracted by the university — stationed outside certain campus buildings. Faculty and staff approved to work on campus are also required to track their symptoms, receive tests and present a building access badge.

Some students, however, have reported receiving red badges on the app despite reportedly meeting all of the requirements. In a group chat for on-campus residents, some students have said they have used screenshots of old green passes to get past checkpoints when they encounter glitches, using apps like Snapchat to photoshop the current date onto a screenshot of an old green badge. Students said some screeners only glance at the badges, not always taking the time to verify the dates on them.

Despite these exceptions and workarounds, many students still struggle to access campus buildings because of the reported glitch. Bella Fasset (SFS ’24), a first-year student living on campus, said when she was turned away from Leo’s with a red badge, she was told by the public health screener to go to Royal Jacket instead, where there are no public health screeners checking badges.

Fasset reported the glitch to One Medical, but it did not address her concerns.

“There was one day when my badge was red for no apparent reason,” Fasset wrote in an email to The Hoya. “The person checking badges at Leo’s told me to call One Medical and so I did and they told me it wasn’t a problem on their end, which I told the worker, and they didn’t know where to direct me from there and so the issue didn’t get resolved for that day.”

One Medical reports risk assessment data to the university but does not manage the badges that students use to access buildings on campus, according to a One Medical spokesperson.

“I was trying to go to Leo’s and I opened my badge and it was red, even though I had done the COVID daily check-in on the One Medical app the day before,” Perry wrote in an email to The Hoya. “A week or two before, some people in our on-campus chat had problems with their badge suddenly turning red in the middle of the day, but this was the first time I’d noticed issues with my badge.”

As a result of frequent technical difficulties with their badges, some students have had to spend money on takeout instead of the meal plan they already paid for, according to Cambria Coughlin (NHS ’22), who is also living on-campus.

“I was unable to go to Leo’s to get food, so I had to have my roommate pick up takeout for me instead,” Coughlin wrote in an email to The Hoya. “I was told we had to get a meal plan, so then to not be able to use it was frustrating, especially since I have been so careful about making sure I do the check-ins every day and getting COVID tested twice a week.”

Despite widespread student complaints about badge glitches, Georgetown has not received any reports from students about issues with access badges, according to a university spokesperson. If students are experiencing troubles, they should email or call the university’s COVID-19 hotline, the spokesperson added.

Perry expressed concern that if these issues arose on a day she had to work at Lau, she would lose the day’s wages.

“That day I was only trying to go to Leo’s, so it wasn’t that big of a deal, though being able to access my meal plan is still important, but if a similar thing happens on a day I work then I’ll just be out of those wages.”

This article has been updated to clarify that One Medical is not responsible for student badges.