What appears to be just an old warehouse from the outside is actually the growing center for all things new in the dynamic D.C. food scene. Union Market, located in an industrial area of northeast Washington, D.C., is the core of the city’s modern artistry in the culinary work industry.

This warehouse is where culinary creativity is manifested. It hosts over 40 local food vendors, offering everything from baked goods to seafood. Yet one pop-up vendor in particular, Craft Kombucha, seems to catch many consumers’ eyes due to its odd name and the unusual taste of the tea it sells.

Appealing to foodies and urban dwellers throughout D.C., including Georgetown students, the up-and-coming vendor is a popular choice at Georgetown’s weekly farmer’s market, hosted in Red Square in the fall and spring.

Kombucha is a tea beverage that is fermented using a combined yeast and bacterial culture called SCOBY, or a symbiotic colony of bacteria and yeast. Fermentation is the cellular anaerobic, non oxygenated pathway that many organisms use to break down simple sugars to extract energy. Fermentation is also the method used to produce many common foods, such as beer, wine, kimchi and sauerkraut.

According to the American Nutrition Association, kombucha was used in China for centuries, particularly during sacred rites of atonement, and has since been exported to countries all over the world. Now, the ancient practice of brewing fermented tea has become vastly modernized.

Craft’s brand of kombucha is rather different than those found in the local health food stores. Instead of the heavy tea-infused flavor and juice-like sweetness generally found in most kombucha brews, Craft’s style of kombucha is inspired by the taste of beer. Craft has been able to create a variety of refreshing and dry teas that mimic beer and other alcoholic beverages.

This manipulation of kombucha to become more beer-like is possible because of the gastronomy of fermentation. Like beer, kombucha uses yeast to ferment. This yeast is one of the main contributors to the flavoring of the drink. From brew to brew, the flavor of the tea alone — apart from any added flavoring — depends entirely upon the type of yeast used during the fermentation. Through the practice of manipulating the type of yeast, tea and added flavoring, kombucha has the ability to be transformed into many different tastes. As a result, it can become more like beer in flavor but without the high alcohol concentration.

Three of Craft’s teas which seek to have this specific beer flavor are rum raisin, bavarian falcon and the elderflower. Rum raisin has the sparkling sweetness of kombucha, along with fruity undertones. Bavarian falcon is less sweet and has a wheat-like body. While the elderflower is the most beer-like, it has a subtle, fresh sweetness in addition to its dry feel.

Allison Bloss, a student from the D.C. area, had never drank kombucha before and was somewhat skeptical. When asked how she liked the kombucha, she said she would recommend the elderflower. She further stated that both the bavarian falcon and elderflower were really good, but she felt like she was drinking a beer and not kombucha. It is clear that craft kombucha is slowly changing its customer demographic from heath food “hippies” to anyone just willing to try the drink.

Unlike other food fads, kombucha seems to be here to stay. It has been able to successfully create its own niche market. For instance, the United States kombucha industry has a yearly revenue of 500 to 600 million dollars. Its popularity can be seen throughout the District as well. Other local tea breweries like Capital Kombucha and Barefootbucha, located and sold within the greater Washington, D.C. area, are also taking advantage of kombucha’s appeal.

Although fermentation was used in the past primarily as a practical technique for the preservation of food, it is now a means to incorporate novel flavoring into drinks and other foods. Kombucha is a perfect example of using the fermentation process to produce unique new tastes, specifically in tea drinks.

Your first experience with Craft Kombucha could lead you to develop an obsession with the drink, or it could be just another fad you try. Nevertheless, it is clear that fermentation will remain an integral part of the culinary art for many years to come. 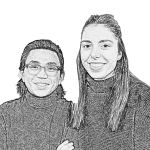 Anna Jorgensen and Jackie Liang are sophomores in the College. This is the first installment of ON TAP.