For visitors sitting with legs crossed on the floor, surrounded by an array of earth-toned spice jars, there is a palpable rebalancing energy that emits throughout Pansaari. Looking around, it seems that you may very well be in India — in someone’s home or at a street store. This is a space of social gathering — a place to connect through food and culture.

In addition to the wide variety of food on its menu, Pansaari also offers frequent cooking classes and even a marketplace for handmade home goods, which serves almost as a cultural center. Still, its unique chai bar — offering traditional Indian drinks, kombucha and an assortment of chai teas — could very well be the sole reason for going. Simply order any chai, and one sip of the soothing spiced milk will warm you to the core.

Pansaari chai is not the chai tea latte you get at Starbucks. American chai is often called chai tea latte and is simpler in its preparation, as it is usually a concentrate of chai spices with frothed milk poured over. On the other hand, Pansaari serves several types of traditional Indian chai, brewed with a mixture of Indian spices and herbs. Customers can watch the process unfold before them at the chai bar as their beverages are made. With the boiling of the milk, the balancing act of adding tea and spices and then the straining to serve, Pansaari’s chai is a different experience from the typical American chai.

Although Indian chai can be brewed with a variety of warming spices, it usually uses a spice mix called karha. This mixture includes green cardamom, cloves, black tea, ginger root, nutmeg, peppercorn, cinnamon, honey and vanilla. However, karha is definitely not like a tea bag. These mixture of spices are prepared by a careful balance of differing techniques used to grind and heat the spices. As the popularity of chai has risen, the recipes and flavors of chai have also diversified, reflecting the preferred tastes in varying regional recipes.

Originally, for inhabitants of Indian regions like Assam, tea leaves were treated as plants and used in soups and medicines. It was not until the 19th century that British colonizers introduced their tea culture to the broader Indian audience, a culture the Indian public promptly adopted. Traditional British condiments like milk and sugar were used before Indian tea quickly evolved through innovations like boiling the tea in milk, as well as the addition of spices that were already native to Indian cuisine. Chai was born, and since then it has become the drink of India. Served on every street corner from the stalls of chai wallahs, or chai vendors, this type of tea has now come to constitute a fundamental part of Indian society, which is the leading tea consumer of the world. Chai has become integral to the day-to-day life of Indians as a drink that encapsulates their culture and history.

Drawing upon its Indian roots, the chai bar at Pansaari offers a quintessentially basic chai consisting of Assam tea, milk, cane sugar and cardamom, which tastes like a standard milk tea but with a small twist of cardamom. For something a little bit spicier, its masala chai is an addition of Pansaari’s spice blend: nutmeg, mace, dried pepper, poppy seed, liquorice and long pepper — a combination of intensely musky and sharp spices. Lastly, the adrak option can be added to any basic chai or masala chai for those looking for a kick in their drink. With the addition of fresh ginger, adrak adds a flushing warmth to the tea.

As you sample the chai at Pansaari, experience for yourself the difference between an Indian chai and an American chai tea latte. With every sip, you will see how chai became such a high demand in India and now, the United States. 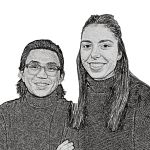 Anna Jorgensen and Jackie Liang are sophomores in the College. ON TAP appears every other Friday.