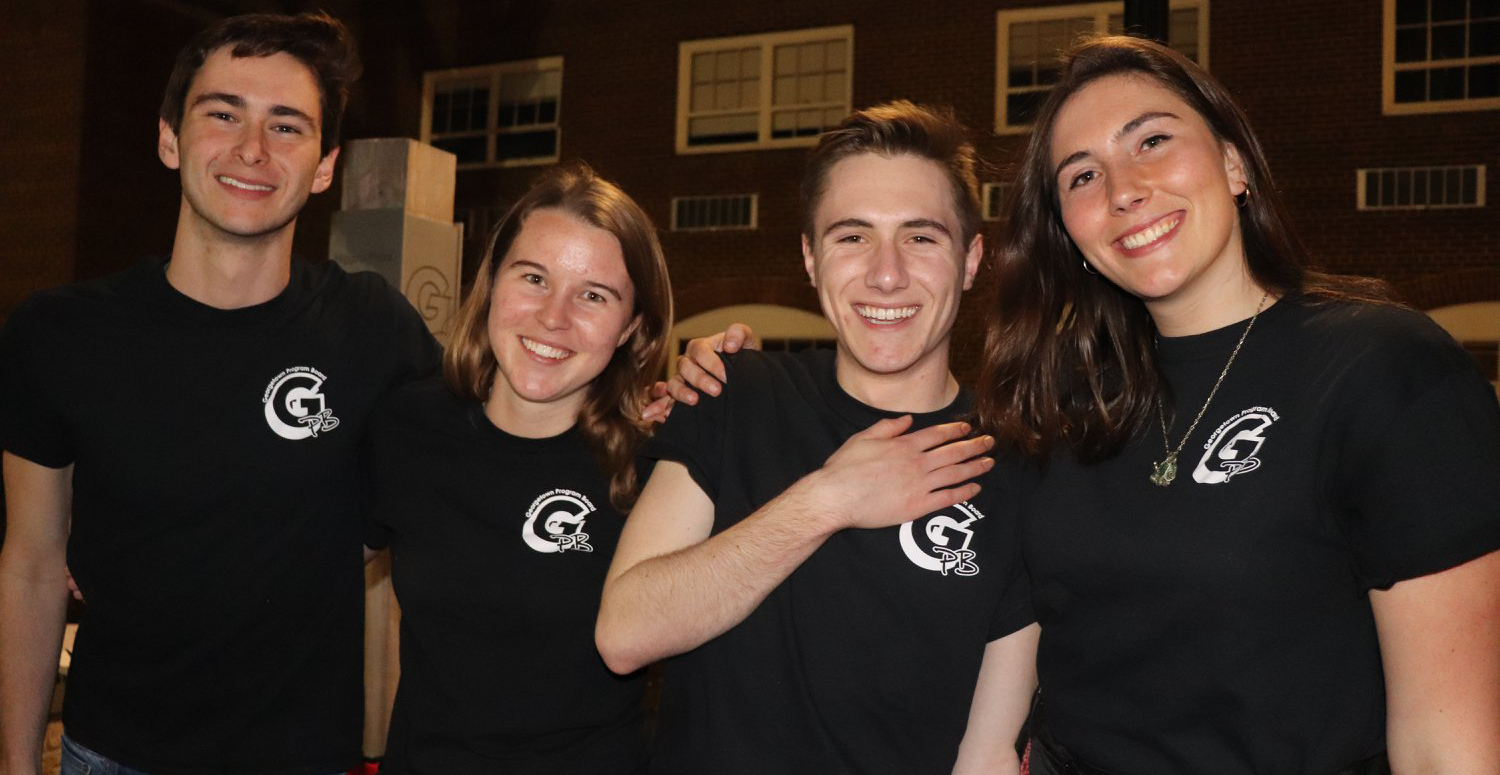 Since club culture is a stressor for incoming freshmen, the Council of Advisory Boards fair is an opportunity for students to see what is available to them and what might be of interest. Two hundred fifty-four different student organizations tabled during this September’s CAB fair. CAB fair not only represents the pervasiveness of clubs, but students also often feel pressure to overcommit themselves to organization that they will eventually drop.

Club-induced stress begins even before students know about their options, according to Caroline Sarda (COL ’20), ESCAPE leader and orientation adviser.

“I also think students were more concerned with knowing how many clubs everyone else was in than trying to get to a certain predetermined number,” Sarda wrote in an email to The Hoya. “Or, they were already expressing unhappiness and disillusionment with the competitiveness, exclusivity, and busy-ness culture of Georgetown.”

Questions about whether it is necessary to get into clubs to fit in and find friends are frequently asked during New Student Orientation and in the first month of school, according to Harrison Loef (MSB ’21), a peer advisor in the McDonough School of Business.

“Freshmen often ask about how Georgetown club culture mainly is in terms of how competitive and exclusive clubs are,” Loef wrote in an email to The Hoya. “They also ask about which clubs tend to dominate the campus/club culture and which clubs offer the best opportunity to make friends.”

When entering CAB fair, the vast field of clubs may be overwhelming for some students, and it can make them feel that they should sign up for as many clubs as possible, according to Loef.

“Freshmen often think they should join as many clubs as possible in order to see which clubs interest them the most and which clubs are most fun for them,” Loef wrote. “This often entails them trying to be very active in lots of clubs and signing up for upwards of 20 clubs.”

CAB fair occurs at the beginning every semester. The fair provides clubs the opportunity to showcase their causes and encourage students to join them.

While people may overload themselves at CAB fair, many will often become meaningfully involved in only a few, according to Sarda.

“I feel most students sign up for a million things during CAB fair but only commit to a few, both from my own experience and from my interactions with students as an ESCAPE leader and OA,” Sarda wrote.

That first year is pivotal for a freshman in curating their Georgetown experience, according to Zac Schroepfer (MSB ’19), vice president of Georgetown Program Board.

“In my experience, it is very common to see first years sign up for a multitude of organizations from a diverse range of interests, and then to slowly condense their commitments throughout their first year,” Schroepfer said.

Many students may feel an expectation to decide on those meaningful clubs immediately and stay in those clubs all four years, according to Sarda.

“I do think they expect to find a few clubs that they’ll stay in for the duration of college, and I think a lot of them do feel pressure to find those clubs very quickly after coming to college,” said Sarda.

When Rachel Newman (NHS ’22) came into CAB fair, she knew that some clubs were extremely competitive, but to her advantage, she stayed away from them and was able to focus on clubs she was genuinely interested in.

“I was really excited to get started and I definitely signed up for a lot of things, but I also quickly realized how many things were more competitive,” Newman said. “But I also wasn’t really interested in the clubs that are super competitive, so that made it a lot easier for me to sign up for things that I wanted to do rather than things that I thought I should do.”

Some clubs on campus do not require an application or interview and are open to all who sign up during CAB fair. The lack of application entices incoming students to sign up for the club, according to Schroepfer.

“Campus’ current club culture results in many students becoming tired of having to put themselves out there to simply join a group of people that want to have fun. I think this is why you have seen the recent growth in organizations such as Hoya Blue, GPB and GIVES, which aim to create a fun atmosphere on campus and don’t see the need for such arduous application processes, ” Schroepfer said.

“This definitely can cause fluctuations in participation, especially around peak midterm season. However, I don’t think this a problem, but yet a perk for students,” Schroepfer said. “It allows students to not feel like they need to prioritize extracurriculars above all else, but instead focus on themselves, their grades, and having a positive Georgetown experience as well — really working to espouse the Jesuit value of cura personalis. Open invitation clubs offer a community when a student needs and or wants it, but does not shame them for deciding to take a break to focus on themselves.”

The university has been working to bring more attention to these clubs. The Council of Advisory Boards hosted the first CAB fair 2.0 in October 2018 to spotlight open membership clubs, according to (“Inaugural CAB Fair 2.0 Looks to Combat Exclusivity,” The Hoya, Oct. 12, 2018, A5).

While some can find joining clubs at CAB fair beneficial to their initial experience at Georgetown, students should not feel compelled to join clubs to be successful at Georgetown, according to Newman.

“You can be a part of different things or nothing at all and still be doing your best. As long as you’re staying in school and keeping up with classes and work, then that’ll be fine, but Georgetown definitely has a tendency to pressure people into doing things that they don’t want to do,” Newman said.