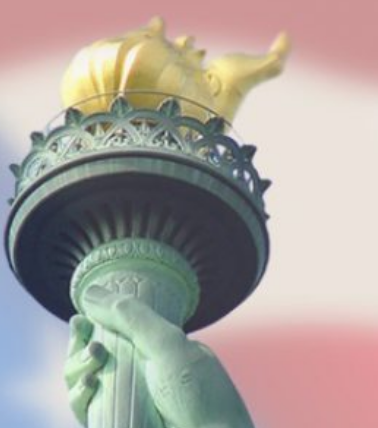 Last month, the founding of The Georgetown Review, Georgetown’s first-ever daily conservative publication, and the Georgetown University Right to Life chalking incident prompted campus-wide reflection on the quality, balance and freedom of speech at Georgetown. Amid these developments, Order & Liberty, an online publication founded last year by a Georgetown student, has established itself as a distinctively conservative voice for millennials across the country.

Founder and Editor-in-Chief Jeff Cimmino (COL ’19) and Executive Director Hunter Estes (SFS ’19) run the operations of the publication, which currently has a staff of 16 writers and has campus outreach coordinators on nine campuses nationwide, including the University of Notre Dame and the University of North Carolina.

Cimmino said he was motivated to start Order & Liberty for two reasons.

“One, the dismal state, not strictly of the GOP, but the conservative movement, and its descent into Trumpism,” Cimmino said. “And I think the other side of it was the increasingly — from my observation—shallow anti-intellectualism among young conservatives who were embracing very vacuous, propagandistic strategies.”

As a nonprofit, Order & Liberty is restricted from both accepting funds and endorsing political groups. Instead, the team relies on private donors and works with non-political organizations for guidance and advice. So far, the publication has received advisory support from The Leadership Institute, an organization that offers training to conservative activists, and the Intercollegiate Studies Institute, which promotes conservative values by instructing young Americans.

Beyond championing conservatism, Order & Liberty seeks to promote civic engagement in all millennials—regardless of political ideology or partisanship. Estes, whose primary responsibilities for Order & Liberty consist of outreach, branding and finance, said that while conservative millennials tend to be particularly disengaged, he would like to see all of young America become more active in politics.

“Over the Obama years, I think we definitely saw liberal millennials become much better organized. I think, one, I’d like to see the same thing on the conservative side, but at the same time, looking more broadly across both groups,” Estes said. “The most important thing is just inspiring everybody to get involved in some form.”

Cimmino identified a plethora of conservative publications that have recently launched around the country, which has made it more difficult for Order & Liberty to grow their readership.

“It’s been a struggle, admittedly. The internet age … has lent itself to proliferation of these websites and in recent years there have been a number of conservative college students who have launched websites,” Cimmino said. “You see just at Georgetown alone the launch of [The] Georgetown Review. That being said, we have established a very solid, steady readership that does continue to grow.”

Despite the proliferation of conservative sites, Cimmino maintains that Order & Liberty is unique both because of its emphasis on commentary instead of reporting news as well as its intellectual merit.

“We don’t just accept every article. We have high standards we strive to adhere to. I’ve had to turn away articles that aren’t well-developed or well-reasoned, so I think there’s an intellectual standard that we have that isn’t always matched by other conservative websites,” Cimmino said.

When asked about the state of political discourse at Georgetown, Cimmino said he was generally satisfied with the openness of dialogue on campus, notwithstanding recent events.

“Obviously, the recent incident with Georgetown [University] Right to Life and the chalking incident, that doesn’t really reflect well on the quality of discourse at Georgetown. That being said, overall I’ve been rather pleased with, relative to a lot of universities, the quality of free speech and free expression on campus,” Cimmino said.

Kroenig, who co-wrote an article with Cimmino on the importance of America’s international engagement, said campus discourse was respectful, but perhaps imbalanced.

“Campus discourse is definitely respectful,” Kroenig wrote in an email to The Hoya. “An article from [The Hoya] last week suggests that there is reason, however, to believe that campus discourse may be less than balanced.”

Estes, who was formerly undersecretary of free speech for the Georgetown University Student Association, expressed a less favorable view.

“I think what we see on this campus is largely a silencing of the forum, where a lot of times people are afraid to express their viewpoints because they feel terms are going to be thrown at them like ‘racism’ and ‘sexism,’” Estes said. “So rather than uniting and being able to pursue common efforts to root out real sources of racism and sexism, I think they’re often attributed to conservative viewpoints, which just furthers the partisan divide on campus.”

According to a new ranking from Heterodox Academy, a nonprofit that aims to improve the diversity of perspectives in academia, Georgetown ranks in the top ten worst schools in the country for openness to minority viewpoints.

Richard Howell (SFS ’19), a reader of Order & Liberty and the Media Co-Chair for GU Right to Life, said conservative views are often anathematized by students on campus, making it difficult for conservatives to freely express their opinions.

“If you express an opinion against abortion or a position against affirmative, for example, you will be immediately, by huge segments of this campus, singled out,” Howell said. “Your message might be defaced or used against you.”