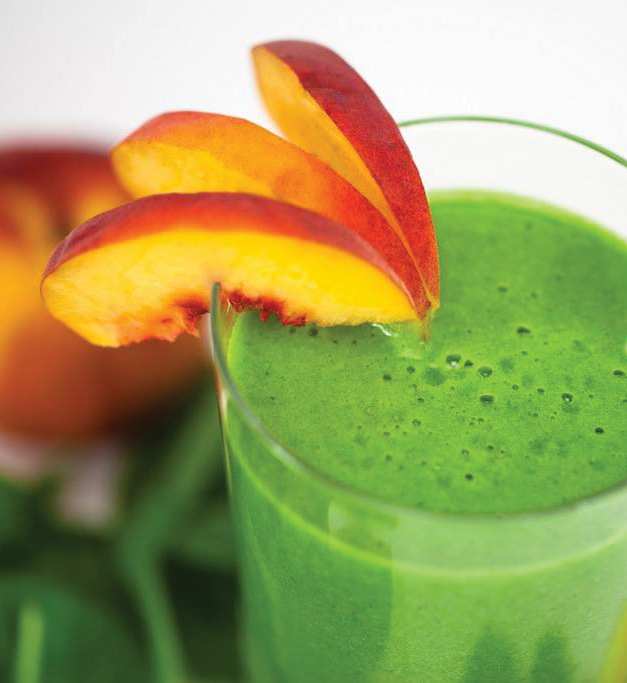 “Whole Foods meets McDonald’s”— that’s how Denise Hicks, the founder of the organic foods store Postmodern Foods, described her latest storefront. Located at 2920 M St. NW, the store is just over a month old, yet its young founder and CEO has a strong vision for the identity and mission of her store: to promote organic and nutrient-filled food that appeals to both health nuts and foodies.

Hicks believes that her food is not just another addition to the growing trend of veganism and raw foodism. One of Hicks’ main focuses is accessibility, a concept that many do not usually associate with the vegan or raw diet. She recalled from her childhood that she would often stop for lunch on road trips and find burgers, sandwiches and pizza to be the only options.

With this in mind, Hicks said she plans to make organic and vegan food just as available and accessible as fast food chains. As Hicks explained, fatty and sugary flavors press on the pleasure centers of the palate — the more you give, the more you want. Yet just because the pleasure centers are being pushed, that does not mean the body is being nourished, she said. At her store, she offers juices and juice cleanse plans.

“Things like juice cleanses allow your body to recognize the tastiness of non-extreme flavors,” Hicks said.

Hicks said that committing to a cleanse even just for a week will allow your body to recognize the inherent deliciousness of the non-extreme, natural flavors abundant in a plant-based diet.

Price-wise, however, Hicks recognizes there are limits to how accessible she can make her products. The products are made from expensive ingredients, which is reflected on the menu. A normal Postmodern meal is around $10, similar to a Sweetgreen salad. However, Hicks said that because of the abundance of essential vitamins and nutrients in her food, customers would be satisfied by the smaller servings.

Hicks also recommended developing an understanding of nutrition in addition to trying her products.

“Nutrition can be treated like athletic training. You need to prepare yourself upfront and then you can go into maintenance mode,” Hicks said. “There’s no shortcut for that.”

At Postmodern, customers will not find processed foods. As Hicks explained, when one eats a muffin for breakfast and still feels hungry afterwards, it is related to a lack of nutrients, not calories. Hicks advocates for eating foods that are as close to their original form as possible, as this will cost less in the long run and satisfy the body’s nutritional needs sooner.

“People should be more focused on eating as many plants as they can,” Hicks said.

Hicks recognizes that it is not realistic for Georgetown students to alter their diets in such a drastic way at this time; however, incorporating raw vegan foods into their daily routines or participating in a three-day juice cleanse can begin to reteach the body to signal for the foods it really needs rather than taking orders from the brain’s pleasure centers.

For those wanting to dip their toes into healthier eating, Hicks recommends her store’s massaged kale salad or the cashew-based cheesecake. The kale salad, which was praised in a recent article by The Washington Post, is unexpectedly savory and satisfying, yet light. Hicks said that she is proud of her cheesecake not only because of its health benefits, but also because of her customers’ feedback that it is not only one of the best vegan desserts they have ever had, but the best dessert in general they have had.

As Hicks looks towards the future of her M Street store, she notes that many of her goals are not food-related. One thing she has focused on in the past weeks has been the layout of the store, which has altered three times after she received comments that it felt like an office building.

Now, the store consists of a television and high-top tables facing the street, making it perfect for people-watching. Hicks said that she wants the store to bring the Georgetown community back to its roots, not only nutritionally but also socially.

“I want it to be a community gathering place,” Hicks said, listing live poetry and performances as possible events.

Casey Nolan (COL ’17), a vegetarian who experiments with veganism, said she is excited to try out Georgetown’s newest vegan joint, explaining that the most difficult part about veganism is eating out at restaurants.

“It’s exactly the type of store I would be interested in going to because the Georgetown area doesn’t have an explicitly vegan restaurant that I know of,” she said.