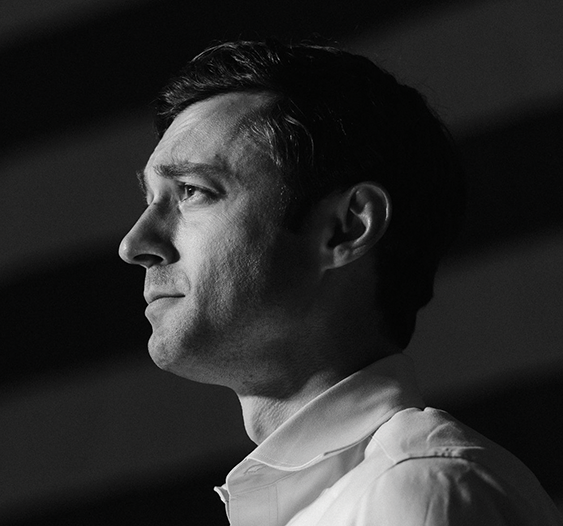 Jon Ossoff (SFS ’09) was sworn in as the youngest sitting member of the U.S. Senate after triumphing in the Jan. 5 Georgia Senate runoff election.

Ossoff and his fellow Democratic candidate Rev. Raphael Warnock defeated incumbents Sen. David Perdue (R-Ga.) and Sen. Kelly Loeffler (R-Ga.), respectively, running in the two most expensive Senate races in U.S. history. Ossoff triumphed over Perdue by a 1.2% margin of victory, while Warnock defeated Loeffler with a 2% margin. With the election of Ossoff and Warnock as well as Vice President-elect Kamala Harris’ tiebreaking vote, the Democrats will control the Senate.

Georgetown University students from across the country were attracted to Ossoff’s campaign and volunteered in the run-up to the election. The campaign was a nationwide effort, according to Kate Christy (SFS ’23), who worked as an intern for the Ossoff campaign.

“Being a volunteer from New Jersey, getting volunteers from the west coast, all for this election in Georgia, was this incredible experience. There was so much excitement,” Christy said in a phone interview with The Hoya.

Annalise Myre (COL ’24), who travelled to Georgia to canvas for Ossoff during the get-out-the-vote efforts in the days before the election, said it was exciting to see a Georgetown graduate running for office. (Full disclosure: Myre serves as a staff writer for The Hoya).

“It’s amazing to see how his experience in the SFS impacted his ambitions, how he sees the world and how he’s choosing to pursue politics,” Myre said in a phone interview with The Hoya. “I think he really served as an inspiration to young people at Georgetown who also chose the school because of the amazing opportunities it offers in D.C.”

At Georgetown, Ossoff studied culture and politics in the School of Foreign Service and interned in the office of the late Rep. John Lewis (D-Ga.) (H ’15). Ossoff also sang in the a cappella group the Georgetown Chimes. After graduation, he worked as a national security staffer for Rep. Hank Johnson (D-Ga.), before moving out of the country to study at the London School of Economics. Ossoff later became the CEO of Insight TWI, a production company that specializes in producing documentaries that expose foreign corruption.

In 2017, Ossoff gained national media attention while running to represent Georgia’s 6th congressional district in the U.S. House of Representatives in a special election for the seat vacated by former Secretary of Health and Human Services Tom Price. Although Ossoff’s campaign drew excitement and sizable donations from across the country, he lost to Republican candidate Karen Handel in a runoff.

“There was a lot that needed to be done going into 2016, and then we got the worst possible president in 2016 to deal with these cataclysmic issues, to the point where we’re at this truly dramatic point, in my opinion,” Boose said in a phone interview with The Hoya. “It’s just refreshing to be able to believe that these issues that we’ve seen and were problems before and have been growing the last four years almost exponentially it seems, we do have a chance to address that.”

Democrats winning throughout the ballot in Georgia was the capstone to massive, long-term organizing efforts, according to Jack Dobkin (SFS ’19), who worked on Ossoff’s 2017 congressional bid and Warnock’s campaign.

“It’s incredibly rewarding to see the work that so many people for decades have been working to do finally pay off,” Dobkin said. “All of the other races, presidential all the way down to the state legislature and local races way down-ballot, because they all go hand in hand.”