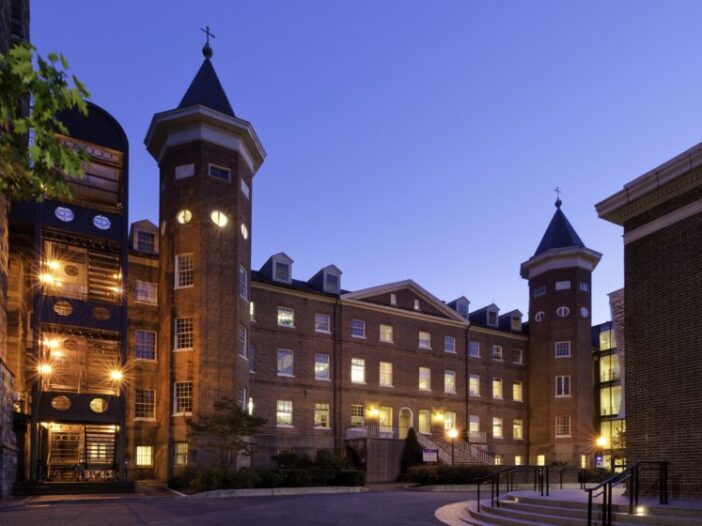 The Georgetown University Center on Education and the Workforce (CEW) published a report, which found that the value of Georgetown’s education ranks high despite public universities out ranking private schools.

This year’s report comes after CEW’s first report in 2019 entitled “A First Try at ROI: Ranking 4,500 Colleges.” The report uses data from the College Scorecard, a database organized by the U.S. Department of Education, to calculate the Net Present Value (NPV) over several increments of time after enrollment at higher education institutions.

There are discrepancies between the return on investments for students who attended public institutions compared to private institutions, according to CEW Director of Editorial and Education Policy Martin Van Der Werf.

“We think that that’s primarily because of the lower cost of public colleges because our formula includes how much you earn basically minus how much you paid to go to college,” Van Der Werf said in an interview with The Hoya. “The lower price tag at the front end helps returns later in life. Now cumulatively, the returns are greater for people who went to public colleges.”

Other factors influence the return on investment for students, according to Anthony Carnevale, director of CEW and lead report author.

“College typically pays off, but the return on investment varies by credential, program of study and institution. It’s important to inform people about the risk of taking out loans but not graduating, which could leave them without the increased earnings that would help them repay those loans,” Carnevale wrote in a press release.

While prospective students likely don’t consider ROI numbers as a factor in their decision-making, it is a helpful statistic for colleges to have, according to Van Der Werf.

“It’s useful for institutions to look at how they compare against peers,” Van Der Werf said. “Because you can break down the college scorecard data by major, I think it helps institutions to understand how their different majors are doing and how students who studied particular majors, how they’re doing in the workforce, comparing them against peers and how much debt students are incurring while in college.”

While on average public institutions provide a higher ROI, Georgetown ranks high among the 4,500 colleges listed. Ten years after graduation, Georgetown ranks 346th, with an NPV of $221,000. After 40 years, Georgetown’s NPV is $2,027,000, ranking 23rd overall.

Georgetown is pleased to see the value of its education recognized in this way, according to a university spokesperson.

“Georgetown’s values shape and mold students into the fullest version of themselves, poised to make an impact for good wherever they are during their time as students and into the future — on campus, in our DC community, in the communities they hold dear, and on the global stage,” a university spokesperson wrote to The Hoya.

Van Der Werf said that in the past he has received inquiries from people questioning whether college is worth it.

“If the people who attend them aren’t doing anywhere better than someone who went to high school, isn’t that saying that college really isn’t worth the time and money?” Van Der Werf said. “My opinion is that that’s more of an indictment of those colleges than it is of college in general as adding value to people’s lives.”

60% percent of college graduates make more than those with only a high school diploma, 10 years post graduation. There are discrepancies among the NPV for students who attend public institutions and private institutions, and at the 10-year mark, institutions granting associate’s degrees and certificates have the largest return, according to the report.

However, the report found that at more than 30% of all colleges, more than half of students earn less than high school graduates after 10 years. This disparity could be a result of low graduation rates and differences among gender, race and ethnicity, according to a Feb. 15 McCourt School press release.

There is a difference in returns among those who attend college and those who do not, according to Van Der Werf.

“We also came up with a study last year called The College Payoff, which shows that we found that the average person with a four year degree will make 75% more during a career than the person with a high school diploma,” Van Der Werf said. “$2.8 million versus $1.6 million. That’s a huge difference.”