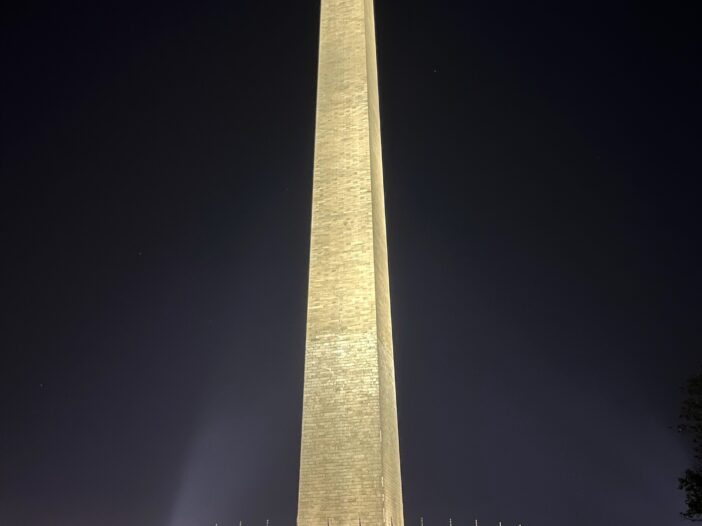 Tourism numbers are on their way back up to pre-pandemic levels, according to a recent report by Destination DC (DDC), the official marketing arm for Washington, D.C.

According to the report, 19.1 million people visited the District in 2021, which is 77.6% of the visitors the District saw in 2019. Domestic travelers made up an overwhelming majority of visitors at 98.4% of total visitors.

The number of overseas visitors jumped by 21% from 2020, which DDC said is likely due to the loosening of travel restrictions, mask mandates and COVID-19 testing regulations, according to DDC.

The District is primarily focused on drawing more international travelers, who typically stay in the city longer and spend more money than domestic visitors, according to DDC.

“DDC has concentrated on increasing overseas visitation to Washington, DC, especially in top European markets where recovery potential is likely faster,” DDC wrote to The Hoya. “Growing overseas market share through strategic sales and media missions could lead to a greater economic impact for Washington, DC.”

DDC is working to increase business and leisure travel recovery, starting with stronger advertising tactics to draw tourists to the District, according to DDC President and CEO Elliott Ferguson.

“DC’s tourism economy is moving forward, so now our role as a short-term economic development organization is to be aggressive with high-impact advertising, attract more conventions and meetings and win back overseas travelers because of their higher spending potential,” Ferguson wrote in a DDC press release Aug. 30.

D.C. will also host the MLS’s All-Star Game in 2023, an event that will likely attract more visitors to the district.

D.C. Mayor Muriel Bowser (D) said these events will draw attention to the lively culture of the District and attract both domestic and foreign visitors.

“We are very happy to have visitors from across the nation and around the world back in DC,” Bowser said in the DDC press release. “We are going to keep spreading the word that DC is open, and we will keep giving people new ways to enjoy our city — from conferences and concerts, to festivals and 5Ks, and all the other events that bring people together and uplift the values and culture of our community.”

According to DDC, certain obstacles still remain before international tourism in D.C. can fully return to pre-pandemic levels — quarantine requirements in home countries and the relative strength of the U.S. dollar to foreign currencies both affect the numbers of overseas visitors that can be received.

“What Washington, DC is facing is unfortunately not just specific to DC but the US and major cities as a whole,” DDC wrote. “Health restrictions are also still in place in many countries across the world due to the pandemic. China was Washington, DC’s number one overseas market in 2019 and still requires a quarantine upon return.”

Many in the tourism industry, including President and CEO of the U.S. Travel Association Geoff Freeman, believe tourism in D.C. will recover to its pre-pandemic levels, even if that recovery is slow.

“Travel’s future is promising and bright,” Freeman said in the DDC press release. “With a concerted effort to address today’s headwinds — including slow-to-return business travel and government-induced obstacles for international visitors — we’re confident that Washington, DC and the nation can achieve a full recovery.”

DDC said the D.C. tourism industry remains hard at work, but total overseas tourism to the U.S. will likely not reach 2019 levels until 2025, according to Tourism Economics and MMGY Travel Intelligence.

Community members can aid in the recovery by welcoming tourists to the District, according to DDC.

“Washingtonians are used to many cultures and languages and are incredibly welcoming,” DDC wrote. “Just like domestic tourists, we appreciate positive interactions with our international community, from simply giving directions or saying hello to teaching them about DC’s storied history, hidden gems and how to find them.”