In a highly contested matchup against No. 7-seeded South Carolina, Mark Few’s No. 1-seeded Gonzaga squad scrapped out a 77-73 win and earned a trip to the program’s first ever NCAA National Title game.

After the Bulldogs (38-1, 17-1 WCC) jumped out to a 14-point lead early in the second half behind the stellar play of junior second-team All-American guard Nigel Williams-Goss, who finished with 23 points, five rebounds and six assists, the Gamecocks (26-11, 12-6 SEC) came roaring back to grab a 67-65 lead with about seven minutes to play behind an inspired 14-point run.

However, Gonzaga’s big men responded with a run that proved to be too much for Frank Martin’s team to handle. Freshman forward Zach Collins and senior center Przemek Karnowski combined to score the Bulldogs’ next seven points, including a thundering dunk by Karnowski. Collins — viewed as a borderline lottery pick by most scouts — performed particularly well with 14 points, 13 rebounds and a career-high six blocks.

Against the best defense it has faced all year, Gonzaga scored 77 points in 69 possessions and had more paint points in the first 30 minutes of the game than South Carolina had allowed per game (22.5) in the tournament to date. Above all though, surviving against a team that had knocked off a No. 2, No. 3 and No. 4 seed during an improbable run to the Final Four proved yet again that there is nothing, on either side of the ball, that this team cannot do.

A Shot at Redemption

One year after its heartbreaking loss to Villanova in the National Title game, No. 1-seeded North Carolina will again play for the program’s sixth championship and coach Roy Williams’ third.

The Tar Heels (32-7, 14-4 ACC) earned their matchup with the Bulldogs with a 77-76 win over the No. 3-seeded Oregon Ducks (33-6, 16-2 PAC 12) in which the Heels missed four consecutive free throws with under seven seconds left. However, junior guard Theo Pinson and senior forward Kennedy Meeks successfully rebounded the first and second live-ball misses, respectively, to avoid another loss in one of their worst offensive performances of the season.

The Heels combined to shoot just under 37 percent from the field and committed 11 turnovers in a physical matchup. Meeks played savior for Carolina, finishing 11-of-13 from the field with a career-high 25 points and 14 rebounds, eight of which came on the offensive glass and none of which was more important than the last. He joined Larry Bird, Ed O’Bannon, Carmelo Anthony and Danny Manning as the only players in the past 40 years to reach 25 points and 14 rebounds in the Final Four. Junior ACC Player of the Year Justin Jackson added 22 points on 6-for-13 shooting.

North Carolina played to its strengths, forcing 16 Oregon turnovers, outrebounding them by five on the offensive glass and holding its best players, junior forward Dillon Brooks and sophomore guard Tyler Dorsey, to combined 5 of 22 shooting. UNC’s ability to beat a great team on an off-night makes redemption all the more likely.

A Game for the Ages

It might not be Duke against Kentucky in Monday night’s national title game, but needless to say, a lot still lies on the line for both UNC and Gonzaga. North Carolina boasts a very similar lineup to its squad that was crying in the locker room after watching Villanova’s Kris Jenkins sink a buzzer-beater three to give his team the National Championship.

Other than senior forward Isaiah Hicks, none of those Tar Heels have been able to watch film of last year’s title game, but all are hungry to avenge the demons that still plague them from it. A win would replace that tragedy with euphoria and complete the careers of a team of mostly upperclassmen.

As for Gonzaga, a program that has faced much criticism for its “weak” conference, it fields perhaps the deepest team college basketball has ever seen, save the 2015 Kentucky Wildcats that nearly went undefeated. A win on the sport’s biggest stage against a storied program would validate the Bulldogs as a national powerhouse and best Division 1 program on the West Coast. A one-loss season ending in a championship would immensely improve the type of recruits that the school would draw, and etch Gonzaga into history as an all-time great team.

Neither Mark Few nor Roy Williams are strangers to winning, as they boast the two highest current winning percentages in Division 1 men’s basketball at .818 and .790, respectively. However, a victory on Monday night would mean a lot to each. For Williams, it offers the chance to finally surpass his mentor Dean Smith as North Carolina’s best coach ever with his program-record third title. For Few, a championship win provides the opportunity to finally establish himself as an all-time elite college coach that brought a small Jesuit school to national prominence. 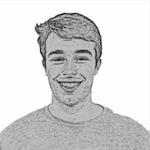 Carter Owen is a freshman in the McDonough School of Business. Three-Point Shootout  appears every Tuesday.