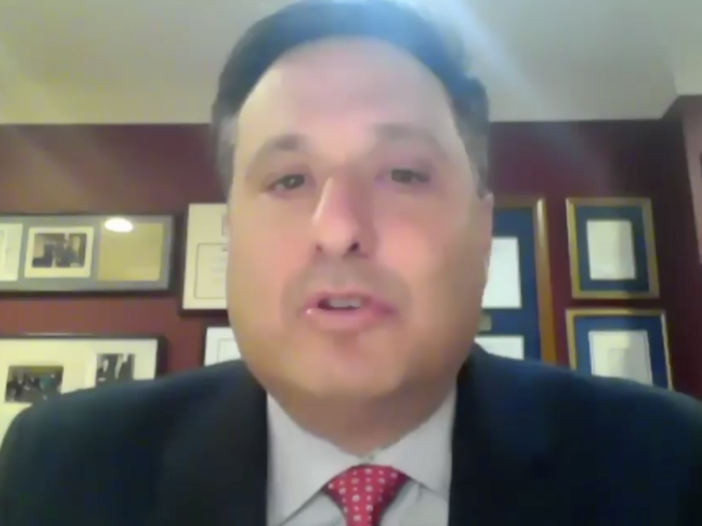 COVID-19, a respiratory disease caused by a new coronavirus strain, originated in Wuhan, China, in November 2019 and was first reported by the Chinese government in December. Since then, there have been over 300,000 cases in 188 countries and territories around the world, with the highest mortality rate in Italy. As of press time, there have been 31,289 confirmed cases in the United States and 395 deaths, more than double the amount reported just last week, according to CNN.

Given the rapid spread of the virus, world leaders must organize and communicate effective plans of actions to their people, according to panelist Ron Klain (CAS ’83), who served as the U.S. Ebola response coordinator for the Obama administration.

“We need transparency, we need candor, we need science-led leadership,” Klain said. “That’s the kind of communication that’s going to reassure people and going to tell people we have a plan in place to fight this thing effectively.”

Many people have criticized President Donald Trump for his administration’s response to the pandemic so far, with over half of those surveyed ranking the response of the U.S. federal government as “poor” or “very poor,” according to a U.S. News & World Report survey. The United States has lagged behind in testing especially, only performing over 71,000 tests so far, while South Korea, which has around 9,000 reported cases, has tested over 270,000 people to date, according to NPR.

Although Trump placed travel restrictions on foreign nationals who had traveled to China in the last 14 days as of Jan. 31, the restrictions only temporarily stalled the larger crisis without setting proper contingency plans to limit the spread of the virus in the United States, according to Klain.

“Those travel restrictions slowed the spread of the disease, but they bought us time, not protection,” Klain said. “With that time, the Trump administration squandered the opportunity. They did not prepare us for testing. We have fallen behind every other developed country in the world for testing its people for this virus.”

In response to growing concerns around the COVID-19 outbreak, Georgetown University pivoted to online learning and announced that all students must move out of university-owned housing by March 22. With most students off campus, the Georgetown Institute of Politics and Public Service and the Georgetown Global Health Initiative hosted the forum event using Zoom, a remote conferencing software.

The event, titled “Leadership During Crisis: Combating the Coronavirus,” was the first ever GU Politics virtual forum. Georgetown students, faculty and staff were asked to provide their Georgetown email address when responding interested to the event, so that GU Politics could then send out the link to join the Zoom conference, according to the event’s Facebook page.

Other panelists at the event included Chair of the National Advisory Committee on Rural Health and Human Services Jeff Colyer (CAS ’81), Director of Georgetown’s Center for Global Health Science and Security Rebecca Katz and Former Assistant Secretary of Treasury for the Trump Administration Tony Sayegh.

Policymakers must collaborate to provide necessary financial assistance to citizens as the pandemic continues to hurt the U.S. economy, Sayegh said.

“We’re all in this together and I really feel very strongly that one of the essence of the American DNA is we fight together and we win together,” Sayegh said. “And that’s where I feel we are starting to emerge, especially on the economic side with Congress working in such a bipartisan and bicameral way to provide direct relief to the American people.”

A major concern surrounding the pandemic is its projected effect on the global economy. Many economists are predicting a global recession, as the economies of major countries such as the United States and China come to a halt. Economists predict the U.S. economy will shrink 8% between April and June, according to CNN Business.

The biggest concern regarding the spread of the virus, however, is the potential for hospitals to be overrun with patients, which is a likely consequence of the U.S. government’s failure to enact timely protective measures, according to Klain.

“We are seeing this disease spread quickly in the country,” Klain said. “We didn’t do the testing right, we didn’t do the contact tracing, we didn’t get the hospitals ready, we don’t have the equipment where it needs to be and we are going to see the consequences of that in the days ahead.”

The urgency of the situation creates a need for quick and concise decision-making from political leaders, according to Coyler.

“You really have to have a leader that’s out there communicating every single day,” Colyer said. “People haven’t experienced this kind of war. This is a war that is on our shores right now so we’re in an entirely different environment and different political and decision-making environment.”