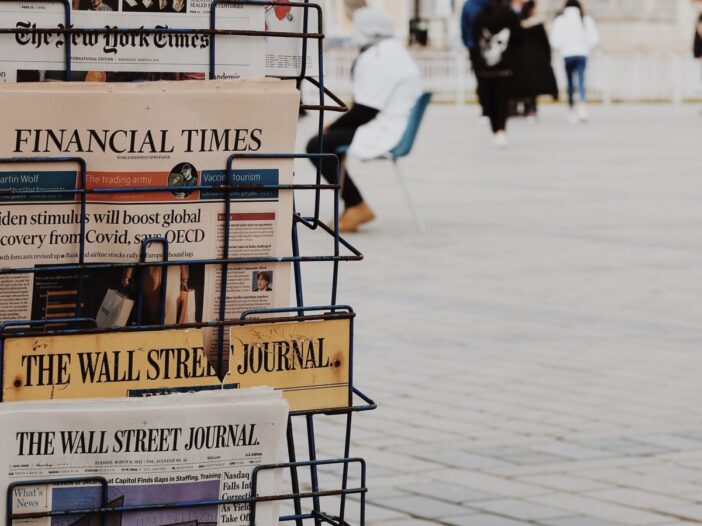 Independent news platforms face difficulties in both maintaining a base of support and navigating an increasingly streaming-based world, a panel of journalists said at an April 25 event.

The event, “Survival of the Fittest: Can Independent News Media Endure in These Times?” included Aled Eirug, former head of news and current affairs for BBC Wales; Susan Elkington, an international media consultant and former BBC executive; and Penelope Muse Abernathy, a professor of journalism at the Medill School at Northwestern University and a former New York Times and Wall Street Journal executive.

The event was co-moderated by Sanford Ungar, the director of the Georgetown University Free Speech Project, and Michael Scott, director of The Future of the Humanities project.

“People under the age of 30 are hardly watching BBC in the conventional linear manner, and are very much doing it in their own time, either through YouTube or through other methods of transmission,” Eirug said at the event. “I think that BBC is faced with that sort of dilemma of how, on the one hand, to maintain a universal service universally popular, and at the same time ensure a constant sort of stream of income — and that is a dilemma.”

“The funding model, traditionally with content, is subscription, ad-supported or some other public source of funding. So in those buckets, the one that more frequently comes to the surface is subscription,” Elkington said at the event. “Look at the subscription model and say, ‘those who want it should pay for it,’ and that’s a very attractive commercial argument.”

However, not all news organizations have found success with new streaming services. CNN+, a video streaming service run by CNN that launched in March 2022, shut down after just four weeks of service as executives cited poor financial outlooks from the service.

The panelists cited properly publicly funded broadcasting as a critical solution to alleviating the issue of news deserts — communities that lack continuous local coverage of their issues — that exist in large expanses of both the United States and England.

Abernathy said news deserts deprive residents of key information about local happenings, which can have dire results for community-building and local politics.

“It’s not just an area without a newspaper, but an area or a community where residents have very limited access to the sort of credible and comprehensive news and information that not only feeds our democracy at the local level, but also builds community,” Aberthany said. “I think that is a real problem that we’ve had in a digital age, and if there’s no sense of geographic community, that allows polarization.”

Without reliable sources of information, communities are unable to address the issues in their communities, according to Abernathy.

“When you lose local reporting, there’s a very profound and increasingly measurable negative impact on the health of a community,” Abernathy said. “I would summarize it as a community’s ability to solve its own problems, which disappears or gets much, much harder.”

Access to media ensures the prosperity of democratic government, as news deserts threaten to undermine the relationship between a government and its constituents.

Waldman said while an increasingly digital media landscape proposes challenges for traditional large news organizations, it creates space for those historically excluded from the media narrative to contribute and voice their opinions.

“The digitization has allowed for a much broader range of different players, including people that had not traditionally been included in the mainstream media ecosystems,” Waldman said. “We are now focused on the horrible aspects of how easy it is to create websites or news streams, but the flip side is that it’s also been a way for new entrance into the news business.”