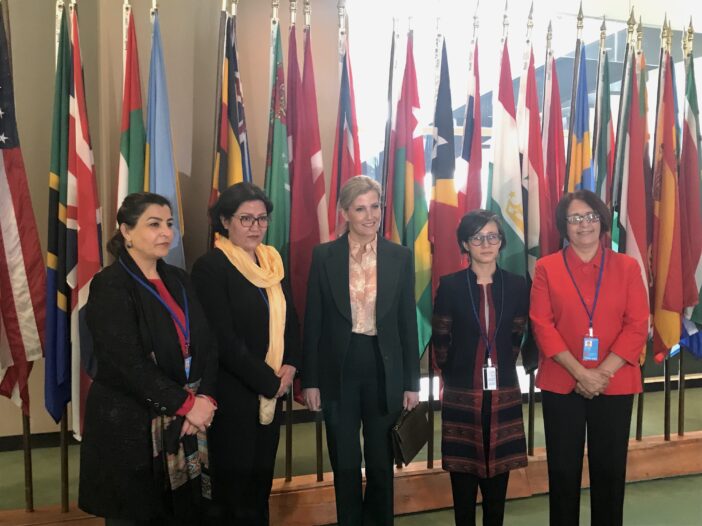 The United Nations Assistance Mission in Afghanistan (UNAMA) mandate and a holistic human rights approach are crucial steps in combating the Taliban’s efforts to restrict Afghan women and children from their basic educational and civil rights, activists said at a panel event.

The Taliban are directly responsible for the recent abduction and torture of Afghan female protestors, according to panelist Horia Mosadiq, founder and director of the Safety and Risk Mitigation Organization (SRMO), a London-based nongovernmental organization (NGO) that provides risk mitigation and safety assistance to human rights organizers in Afghanistan.

“When the majority of human rights organizations are not able to operate inside Afghanistan and in absence of key institutions such as Ministry of Women’s Affairs and Afghanistan Independent Women Rights Commision, the presence of an entity such as UNAMA, particularly human rights unit is key,” Mosadiq said at the event.

Since the Taliban took over Afghanistan in August following the U.S. withdrawal from the country, the terrorist organization has implemented extreme restrictions on Afghan women. While middle school and high school-aged girls in some regions have been allowed to return to school, most women have been prohibited from returning to school, and many female professionals have been fired.

UNAMA, a special political mission to assist the state and people of Afghanistan in laying the foundations for sustainable peace and development, was established in 2002 and renewed by the UN Security Council on March 17. The 14 members of the 15-member council voted to renew the UNAMA, with Russia abstaining.

The UN must amend the UNAMA to further support women, according to Najla Ayoubi, the chief of coalition and global programs at Every Woman Treaty, a global campaign for an international treaty to end violence against women and girls.

“The Taliban have god-like power in all settings. They are making all of the decisions on everything in the country. That’s the bottom line. We are urging the international community to step in and support the women’s rights activists,” Ayoubi said at the event.

The Taliban has also severely restricted press freedom since August. A December 2021 survey by Reporters Without Borders and the Afghan Independent Journalists Association, the largest NGO in the world dedicated to protecting journalists, showed that a total of 231 media outlets were forced to close and more than 6,400 journalists have lost their jobs since the invasion. Women journalists were hit hardest, with four out of five no longer working in the industry.

UNAMA amendments must include policies that support accurate and free media, according to Fatima Faizi, a former New York Times reporter.

The Taliban have implemented policies that target different ethnic and religious minorities in Afghanistan. Communities like the Hazara, a Persian-speaking ethnic group in Afghanistan, have faced systemic reductions in their government aid, have experienced targeted evictions and have been forced into exile.

Yalda Royan, the country technical team lead at VOICE Amplified, a feminist organization working to end violence against women and girls in conflict around the world, and a Hazara community member, highlighted the persecution.

“The Taliban is also raising revenue by conducting terrifying raids on Tajik and Hazara homes in Kabul, claiming they are searching for illegal arms and then requiring payoffs to not report families for contraband they have allegedly found,” Royan said at the event. “The Taliban does not just seek to terrorize and control minorities through violence, it is banning the use of our language, Farsi or Dari, in government and universities to further eliminate our identity.”

While the Taliban claimed it would reopen girls’ schools Mar. 21, it is imperative that the UN and the international community take immediate, effective action against the Taliban by upholding these UNAMA amendments, according to Royan.

“I will be watching, along with Afghans and others around the world, as the council meets on Thursday to consider the UNAMA’s mandate,” Royan said. “Please take heed of our words here today and do not let the people of Afghanistan down. History has its eyes on you.”