In a continuation of an alarming trend, the MLB All-Star Game’s television ratings declined in this year’s game. This decline in ratings comes in spite of MLB’s ill-advised to make the All-Star Game matter by giving home-field advantage in the World Series to the league that wins the game.

This is indicative of a larger, and more disturbing, trend in baseball — a lack of true marquee stars around the league.

Beginning with Babe Ruth, baseball players were America’s most recognizable athletes for decades. Even recently, as football and basketball rapidly gained popularity, there were several baseball stars that were household names, widely discussed both on and off the field.

Derek Jeter anchored a dynasty for the New York Yankees. Ken Griffey Jr. was a spectacular centerfielder with charisma and swagger. Randy Johnson, a 6-foot-10 left-handed pitcher, blazed fastballs in a way that had never been seen before. Pedro Martinez looked like Johnson’s opposite, a slight, wiry right-handed pitcher, yet he too accomplished amazing feats with a similarly dynamic fastball.

Now, however, baseball’s stars are relatively anonymous. Mike Trout, who is widely acknowledged to be the league’s best all-around player, still does not have the notoriety that usually comes with that status. Kris Bryant, a potential National League Most Valuable Player candidate, even by fans in his own city.

Part of the reason for this lies in the nature of the sport. Baseball cannot be dominated by a single individual. In basketball, one player can take over a game, or even a season. LeBron James can instantly transform any team into an NBA title contender. Stephen Curry can score dozens of points within minutes with his amazing outside shooting. In football, a top quarterback is the essential ingredient to a Super Bowl contender. As a result, players like Tom Brady and Aaron Rodgers will always be in the national consciousness.

By comparison, even a player as great as Trout cannot carry his Los Angeles Angels into the World Series discussion. Position players can only hit once every nine batters, and starting pitchers can only pitch once every five days. Thus, one player cannot have the same impact that he might be able to have in football or basketball.

Another reason for the general lack of star power in MLB is the absence of polarizing personalities. Players like Trout, Bryant, Clayton Kershaw and Manny Machado are phenomenal players, but they are unlikely to stand out off the field or in the press room.

Bryce Harper, who has blossomed into one of the best players in baseball, is one exception to this rule. Harper has never been afraid to voice his opinions and is the unofficial leader of a movement to “make baseball fun again.” As a result, Harper has rubbed some fans the wrong way — but has also gained the respect and recognition of many other fans.

David Ortiz, the latest star athlete to enjoy a farewell tour during his final season, is another star who transcends his on-field performance. Ortiz has come to be regarded as an ideal representative of the city of Boston, an embodiment of the city’s spirit and toughness.

In my opinion, it is here that baseball might be able to find an answer to its star power conundrum. Regardless of their performance on the field, athletes must form a persona off the field in order to evolve into true superstars. Off the court, Curry is known as a family man, baby-faced and unassuming — qualities that make him very unique in the ranks of basketball superstars. Brady is known as football’s golden boy, married to supermodel Gisele Bündchen and frustratingly perfect in the eyes of fans across the country — outside of the Boston area, that is. As a result, references to “Steph,” or “Tom,” can be easily understood by most sports fans in the same way that references to “Derek” or “Pedro” might have been understood in past years.

By contrast, if someone refers to “Mike,” even the most ardent sports fan would have to ask for clarification on that person’s last name. A reference to “Trout” might draw further inquiry on which river the fish was caught in.

Much of the burden to develop this type of off-field persona in the public eye falls on the player himself — and some players simply do not want to seek this type of attention. This is perfectly understandable. However, the league needs to do a better job of marketing its stars in its advertisements and commercials. Players like Trout and Harper have the potential to bring in a whole new generation of baseball fans, and MLB needs to maximize that potential in order to continue to grow the sport. 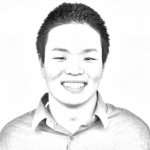 Tyler Park is a junior in the College. The Batting Cage appears every other Tuesday.