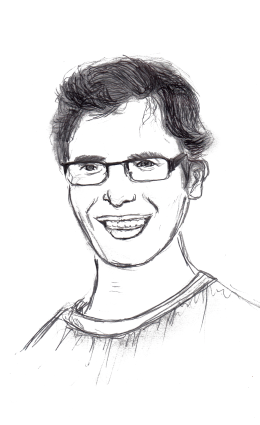 It is not often moviegoers get to see the ugly side of American history. For once, “Django Unchained” is a big production that has the issue of slavery at its core. When I first heard this movie, which generated a great deal of buzz and acclaim for writer and director Quentin Tarantino, was coming out, I felt excited and nervous for the history it would portray. Rarely on the big screen do we see issues of race and slavery dissected, and much less commonly do we see black actors play central heroic roles. My excitement quickly turned to disappointment when “Django” proved to be not so revolutionary at all.

Tarantino has made a name for himself with his ultraviolent films — which frequently incorporate the n-word — that he’s made throughout his career. But “Django” is a slapstick throwback to the era of Blaxploitation cinema and suffers from the same “white-people-solve-racism” syndrome that characterized the films “The Help” and “Lincoln.”

But the much bigger problem that Tarantino and “Django” are guilty of is a huge misinterpretation of slavery in America. Tarantino helped tell a story where a slave was freed only by a white man’s hand. There is gratuitous usage of the n-word, and the brutal rape and torture of a black female character is used as a catalyst for the plot of the entire movie. Surely these types of rape and violent scenes would not be portrayed similarly with a white actress.

I am not a director or writer of films, and I cannot force anyone to make a movie that reflected the realities of slavery in America. But directors like Tarantino are quick to point their fingers at American history whenever people take offense to their movies. Don’t blame the filmmaker -— blame history! Movies like “Django” give Tarantino and Hollywood a free pass to bend the truth of a history that still very much affects our social interactions in this country. In filming the movie, several cast members expressed apprehension toward filming in former plantation sites. Instead, Tarantino ignored all these requests and used the realism to elicit real tears from his black cast members.

Directors have a certain amount of responsibility to set a high bar for historical accuracy when making movies about slavery because few such movies exist to begin with. The interpretations people see in this movie will be accepted as fact by millions of moviegoers. And unfortunately, the movie removes any agency from enslaved peoples in their own liberation. What about a character like Nat Turner, a black enslaved man that led a rebellion that took the lives of 50 white plantation owners? Would Hollywood be comfortable releasing a movie about Turner? A slave who granted himself freedom? Of course not, and that is part of the problem.

To bring up the issues of misinterpretation and history seems to provoke a lot of hot-headedness rather than intelligent discussion. People with critical views of the movie are told to shut up and not make it a “race thing.” But ignoring the real concerns people of color have about the movie and the history it portrays will continue to allow filmmakers like Tarantino to pat themselves on the back while leaving the rest of us with a masturbatory ode to stereotypes and false history.

Zenen Jaimes Perez is a senior in the School of Foreign Service. IDENTITY POLITICS appears every other Tuesday.