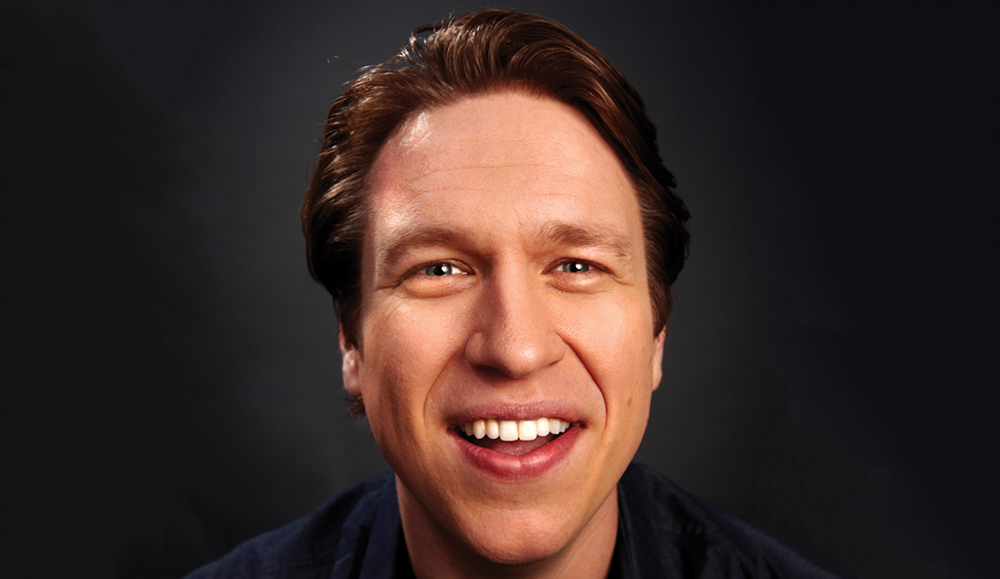 In an age of increasing interest in comedy, Pete Holmes continues to solidify his place among the best of the generation. His show on HBO, “Crashing,” which ended its final season March 10, chronicles a fictionalized version of Holmes’ own bumpy ride to comedic success. The show explores many of the holdups, hijinks and barriers associated with the journey of becoming a successful stand-up comedian.

Executive produced by Judd Apatow and starring Holmes among a cast of hilarious comedians, including Jamie Lee, Zach Cherry and Lauren Lapkus, “Crashing” has tackled topics ranging from the #MeToo movement to divorce in smart, topical and witty tones.

The Hoya sat down with Holmes to discuss the show, his inspiration and the future of comedy in an increasingly conscious world.

What was your process for creating “Crashing”? Just how much of the series feels real to your life and your experiences still?

It’s still about 60 percent real now. It’s always real to somebody in the writers room; it might be Judd … or Jamie Lee — it happened to somebody for the most part. And season one, I might have put more like 80 percent, but every season we go down a little bit because we broaden it to the room. I start running out of literal things that were interesting that happened to me and start branching out to the other writers in the room.

The process is just what you might imagine we talk about — let’s say we’re talking about college shows or corporate shows or relationships. And we just sort of open it up to the room … and really if anyone watched it, would look like we weren’t working at all. Like we were just sort of hanging out and talking and wasting time and eating. It’s a really good job. And then at some point someone writes something down and maybe eventually someone breaks off and writes a script or an outline to show Judd.

Considering names like Louis C.K and Aziz Ansari that have fallen [in the wake of the #MeToo movement], how do you approach the two worlds of comedy colliding?

I’m glad you asked that, because it gives a little glimpse into how organic and freeform the process can be. We knew we wanted to address what was going on, but we didn’t necessarily know how. We looked at the pieces we had in play.

This being the third season, Judd thought it would be really funny if Pete and Jason [played by Dov Davidoff] were on the road together and in a situation where they’re stuck together because Pete is trying to be of the moment and Jason is — I like to call him a dinosaur, not without talent, but he refuses to evolve. We wanted to get those two guys together.

Jamie Lee brilliantly suggested what would make the stakes interesting is if they worked a weekend and not only is there tension between Pete and Ali [played by Lee] because they used to date, but we can use that opportunity to show how things are different for women in comedy clubs. The initial idea was Pete and Jason and then we can should how women are treated differently in comedy clubs and then that idea continued to snowball into the worst ways.

It happened very organically — we did want to address what was going on, but we always wanted to do an episode about gender issues and sexuality issues. But we always look for the idea first and then we attach the message. We opened it up to the room, and it’s sad but everyone had a story about a small aggression they’d witnessed or something larger like what Jason does.

Is there a memorable stand-up performance of yours that has taught you a major lesson about your own comedic style or how you direct the audience that found its way into this season of “Crashing” or a past episode?

In this season, Pete had to audition for the Comedy Cellar, and he had to do something really tricky, where he had to do well but he had to do well in the wrong way. Not even in a bad way, like an offensive way or a tone-deaf way, just sort of like, what would happen is when I did colleges I would sometimes do broader material because you’d end up doing colleges that were like the parents’ weekend or something.

In fact, I did that joke for 10 years — I probably did that joke a thousand times at inumerable colleges. We were like let’s do that on the show to show that even when your doing well there still remains some growth that needs to happen.

The set that came to mind when you asked is that the first time I went up I think I was doing 15 minutes or something, and I was just loose. There’s something that clicks in a comedian when you realize it’s not about the words; it’s about sharing your presence, your “thereness”  — just being with them and being a funny person.

I think that’s what my character on the show is starting to realize. At a certain point five or six years in, you realize it’s not about the jokes: It’s about using the jokes to communicate your natural humor. It’s a hard lesson to learn and a lesson you can only learn by doing it over and over. I remember where I was when that happened to me, and hopefully that’ll start happening more for my character as well.

Was there a central lesson or theme that you wanted to bring to “Crashing” when you first began, and how has that evolved over the past three seasons?

The joke I often make is that we call the show “Crashing,” not “Flourishing.” Obviously he crashes on other people’s couches during the first two seasons, but the main message that I wanted to share not just with comedians, but with anyone pursuing a dream, is a message of solidarity. If it’s really difficult and you’re scared and you want to quit, that actually means you’re doing it right. And it’s something I would tell myself when I was starting.

And every once in a while, I would run into someone that was handing out flyers in the cold or driving to a terrible refrigeration repair technical school in the upper peninsula of Michigan to do a show at noon and just do so poorly. I would occasionally meet other comedians who were like, “I did that, too,” comedians that I admired who were like, “Yeah, we all did that.”

Yeah, there are other shows about stand-up, but they always either have already been established or their coming up is just like a montage; it’s just like a 15-second dissolve-heavy musical montage that shows them becoming good, and I was like, “I think that’s the most interesting part.”