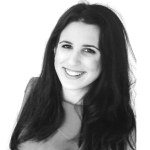 In ancient Athens, the statesman Cleisthenes introduced a political system known as demokratia, or rule of the people.”Democracy is widely considered to be one of the enduring contributions of ancient Greece to the modern world. As a Greek and politically active millennial, I celebrate when the will of the people is upheld. However, the aftermath of the Brexit vote, an unresolved civil crisis in Colombia stemming from the rejection of a referendum on a peace agreement and even the presidential race in the United States shed doubt on the representative nature of democracy.

Modern-day democracy is undermined by inefficient parliamentary control over executive actions, secretive decision-making and weakening institutions. These flaws are not new at all; Aristotle famously argued that democracy is problematic in its divisive nature by creating a rivalry between the majority and minority as well as creating a problem of mob rule. Indeed, the increasing chasm between Republicans and Democrats and within the Republican Party itself, seems to encompass this idea.

Similarly, in Britain, the Stay campaign, backed by former Prime Minister David Cameron, failed to resonate with Brexit supporters based in communitarian towns and villages outside the capital. Supporters of the Leave campaign argued that there are inadequate levels of representation in the EU, with the EU collectively holding excessive involvement, control and engagement in member states.

This did not sit comfortably with citizens who shunned attempts targeting their sovereignty, which includes the annual contributions to Brussels, and the universal policy of open borders.

The historically low turnout rate of 42.54 percent among EU members’ populations during the 2014 European Parliament elections, which decide the representative make-up in the EU, is further proof that citizens failed to feel like part of the electoral process. The Union had a dire need to adopt a central and democratically representative character to which people could finally relate — a need that unfortunately remained unquenched.

The notions of representation and democracy are complicated to combine. Regulatory policymakers isolated from democratic majorities could be viewed in a positive light. In this capacity, isolated policymakers have the discretion to correct any biases inherent in majoritarian contests, thereby avoiding the “tyranny of the majority” and ensuring the protection of minority interests. Political systems could be more representative precisely because they are less democratic.

Democracy has stopped serving us because for democracy to be meaningful, there needs to be strong institutions and trust between the people and elected officials. The strengths of representative democracy lie on informed politicians making executive decisions about our future. In return, we direct policy by holding governments accountable through effective safeguards. If these terms are not met, then populism prevails. Elected officials point to the will of the people because it is easier to ignore the complex realities of solving social issues than face them head-on.

Rejecting this concept of populism does not make you opposed to democracy. It makes you a thinker that rejects underinformed, short-sighted and emotional decisions made by people who fail to analyze all the intricacies involved in making impactful decisions. There is a reason why representative democracy offers a safeguard in leaving most important decisions to elected leaders.

Indeed, modern democracy is tripartite, and when strong institutions and political trust are missing, all that is left is the will of the people, which, when left uncensored, is dangerous. Checks and balances are needed to maintain stable societies and prevent threats ranging from humanitarian crises to economic slumps.
Democracy across the world is struggling, yet its strength and fortitude can be preserved through a new dedication to making sure a populace finds resolve and comfort in electoral processes and institutions.

Martha Petrocheilos is a student at the Law Center. Millennial’s Corner appears every other Tuesday.