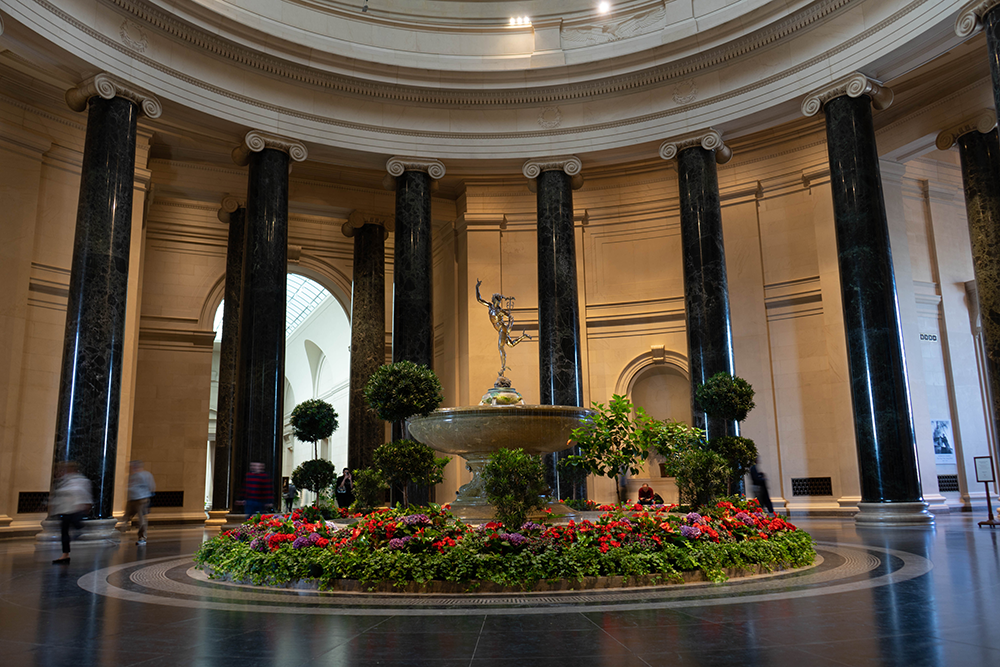 The photos of the week for Feb. 8 include a rehearsal of the Black Movements Dance Theatre for their upcoming performance of “Jubilation!”; Glenn Ligon’s artwork entitled “Grey hands,” found in the Maria & Alberto de la Cruz Art Gallery; Senate Minority Whip Dick Durbin of Illinois speaking on the future of the Democratic Party on Tuesday; a panel including Ambassador Barbara Bodine, Ambassador John Negroponte, Ambassador Linda Thomas-Greenfield, Uzra Zeya and Bernadette Meehan discussing the role of the foreign service in the United States; and a still inside the National Gallery of Art following its opening after the federal shutdown.