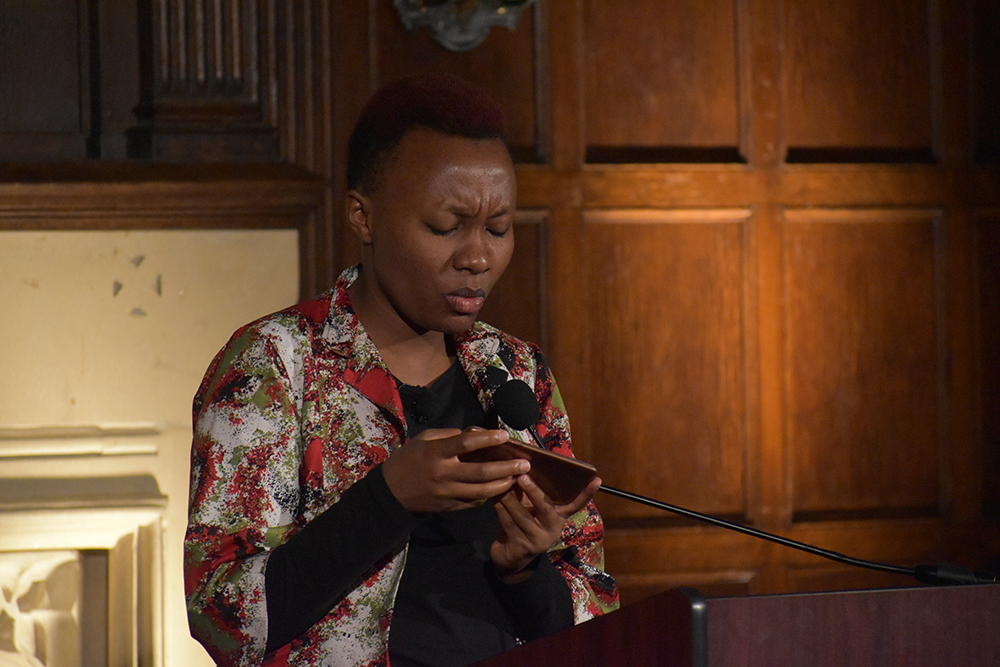 The photos of the week for March 15 include: Makena Onjerika reading her work “Fanta Blackcurrant,” which won the Caine Prize for African Writing; former U.S. national security adviser Stephen Hadley in conversation with Charles Kupchan and Ambassador Susan Rice; a Georgetown women’s tennis player getting ready for a point to start during the team’s match against St. John’s University; the exhibit on the walls of Leavey honoring the women of Georgetown University’s history; a view during the escalator ride up from the Rosslyn Metro station; and Georgetown University’s Dorothy Adomako going to score against Seton University.