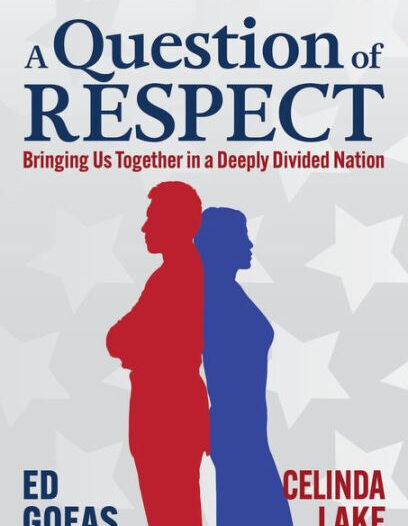 Producers of the Battleground Poll discussed their book on political polarization in the United States and solutions for the country’s political divide with Georgetown University students.

Georgetown’s Institute of Politics and Public Service (GU Politics) hosted the Nov. 29 event. GU Politics Executive Director Mo Elleithee (SFS ’94) provided a foreword for Ed Goeas and Celinda Lake’s book, titled “A Question of Respect,” and spoke at the event alongside the pollsters.

Goeas and Lake –– a Republican and Democrat, respectively –– explained the United States’ divisive political climate through the book, published Nov. 29, and its analysis of recent elections and public opinion poll results. They have produced the Battleground Poll for more than 30 years.

When asked about the motivation behind the book and its title, Goeas said the rhetoric of former President Donald Trump influenced the book’s importance on emphasizing civility.

“I wanted to show that political discussion can occur without being at each other’s throats,” Goeas said at the event.

Lake said that growing up in an environment that prioritized collaboration molded her mindset to respect others in politics.

“I think coming from families, not perfect families by any means, but a ranch family where you had to work with your neighbors and a military family where you often have to work in life-or-death situations as a team really gave us a fundamental core belief in respect,” Lake said at the event.

The Battleground Poll is a national survey that samples registered voters from across the political spectrum to gauge a bipartisan view of current public opinion. In the most recent poll, the average respondent said the United States is three-fourths of the way to civil war, according to Elleithee.

Goeas said the poll showed that both Republicans and Democrats largely agree that democracy is currently under assault, though the two parties hold very different reasons for this belief.

According to Elleithee, recognizing the root causes of partisan disagreement is an overlooked dimension of political analysis.

“Our belief is that that understanding is critical if we are ever going to find reconciliation and strengthen our democracy,” Elleithee said. “Different people believe there are different threats. We have got to reconcile that if we’re going to come back together.”

Lake said that respondent answers reflect the belief that Americans expect this polarization to continue into the future.

Elleithee said that accepting the role both parties play in creating America’s political climate is necessary for progress to be made.

“What this poll and the democracy question show is that we tend to blame the other side, but until we all take some responsibility for understanding where other people are coming from, we are going to have a hard time finding real reconciliation,” Elleithee said.

Looking forward, Elleithee said he is hopeful that the next generation of politicians and leaders will help solve the country’s divide with an attitude of greater open-mindedness.

“It is up to your generation whether or not we can actually turn the corner,” Elleithee said. “Are you guys going to be as bad as my generation has been, digging in our heels and not even listening to where other people are coming from, or are you going to listen to where the other side is coming from so you can make a better, more compelling argument?”