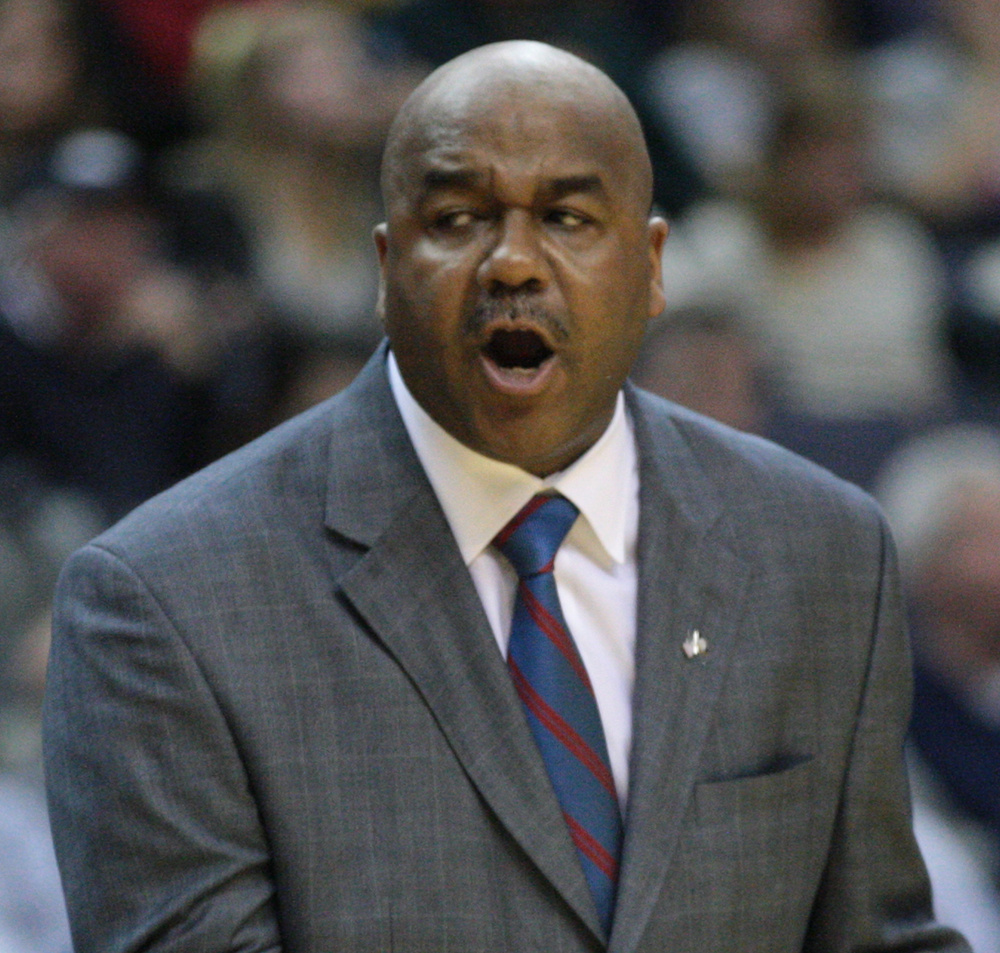 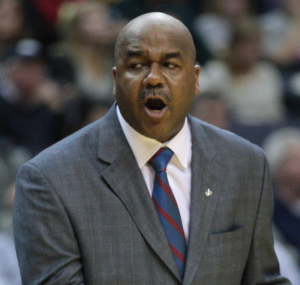 After the firing of John Thompson Jr.’s successor Craig Esherick in 2004, John Thompson III took over the reins as Georgetown men’s basketball coach. The 2014-2015 season marks his 11th year at the helm and brings a question that many among Georgetown students, alumni and supporters are asking: Is this a make-or-break year for Thompson?

In 2007, Thompson, forward Jeff Green (COL ’12) and center Roy Hibbert (COL ’08) led the Hoyas to a Final Four appearance, highlighted by Green’s thrilling game-winner to beat Vanderbilt in the Sweet Sixteen. Although Georgetown lost to Ohio State in the Final Four after beating North Carolina in the Elite Eight, Hibbert won his matchup with Ohio State center and future NBA lottery pick Greg Oden. It seemed like Georgetown was headed for a period of great basketball success in the coming years. Yet Thompson’s Hoyas simply have not delivered in the tournament since that March.

In the past seven years, Georgetown has made the tournament five times — even the Florida Gators, who won in 2006 and 2007, have missed the tournament twice in that time span. The problem for the Hoyas lies in what has happened during March Madness itself.

The results have not been so kind. Three times, the Hoyas have won just a single game in the tournament. In 2008, they were upset by Davidson’s Stephen Curry and company, as the 10 seed beat the second-seeded Georgetown. The following year ended in the NIT’s first round against Baylor, and in 2010 and 2011, the Hoyas lost in the first round as a three seed and a six seed, respectively.

In 2012, on the backs of Jason Clark, Hollis Thompson and Henry Sims, the Hoyas won the first round as a three seed, much to the rapture of the entire campus. But the happiness was short-lived, as the Hoyas lost to yet another double-digit seed in the second round, 11-seeded N.C. State. Criticisms of Thompson started to pile up, saying that he and his team could not perform when it mattered most to Georgetown — late March.

Thompson silenced those critics when Georgetown beat Syracuse by 22 points in a historic last-ever Big East matchup at Verizon Center to capture the 2013 conference title, with College Gameday on campus to capture the moment for a national audience.
But the doubts returned less than two weeks later. Georgetown, behind sophomore superstar Otto Porter,  earned a two seed in the NCAA tournament. It then became only the seventh two seed in history to lose to a 15 seed, falling at the hands of Florida Gulf Coast University, a school established in 1991 and with no basketball history.

“The easiest explanation for the Hoyas’ tournament woes is that Thompson simply isn’t very good at preparing Georgetown for the single-elimination party, Thompson’s critics would argue,” Jason Reid of The Washington Post wrote.

Although the lack of a NCAA tournament appearance in 2014 cannot be held against Thompson as a coach due to a weakened roster and several key departures due to off-court reasons, the 2013 loss, as well as the losses over the previous six years, raise important questions.

Are these March losses enough to put Thompson’s job in jeopardy?

Director of Athletics Lee Reed believes that Thompson has done an excellent job leading the program, and is in no danger of losing his job.

“I think JTIII has done a phenomenal job. We won the Big East championship two years ago and I think sometimes we’re victims of our own success,” Reed said. “It’s a broader view than just one game in March. We look at the body of work. … We look at how he’s a wonderful ambassador for this program, for this university. I don’t think we could find a better coach.”

Despite Reed’s adamant support for Thompson, the coach’s true status in the administration’s eyes could be a bit cloudier.
Thompson’s predecessor, Craig Esherick (GSB ’78, LAW ’82) was fired on March 16, 2004, after a 13-15 season. His dismissal was surprising because in late February of that year, Georgetown University President John J. DeGioia released a statement saying, “I have confidence that Craig Esherick — who helped to build our tradition of excellence in men’s basketball — is that right person to strengthen and lead our program.”

One complaint about Thompson is that while he has recruited a litany of talented players, his most successful postseason team was mostly comprised of his predecessor’s recruits. Team leaders Green and Hibbert were both recruited during Esherick’s final season, but Thompson had taken over the coaching duties once they arrived on campus in fall 2004. The pair led Georgetown to the Final Four in 2007, and the Hoyas have not been back since. However, Thompson has recruited and developed a number of his own stars, including center Greg Monroe, Porter and forward DaJuan Summers.

College sports are all about expectations, and this is even more the case when it comes to the jobs of individuals. Virginia Commonwealth Head Coach Shaka Smart is considered one of the best coaches in the country despite never having won a title, and there is a reason that we all remember former Butler Coach Brad Stevens for getting the small-school Bulldogs to the Final Four two years in a row, rather than not winning either time. Both coaches exceeded expectations, and they are rewarded for it in our minds.

This season is all about changing expectations. CBS Sports predicted the Hoyas to finish second in the Big East behind Villanova, due in part to the return of center Josh Smith and a top-two recruiting class in the conference, along with Seton Hall. The Hoyas are expected to make the tournament, and anything less will be deemed a complete failure. However, fans are aware of the limits that this team faces, with three freshmen likely to see heavy minutes and uncertainty surrounding the development of forward Mikael Hopkins and center Josh Smith.

Thompson could be on the hot seat should the Hoyas miss the tournament for a second year in a row, but he has likely done enough in his 11 years at the helm to keep his spot on the Hilltop.

Down to the Wire