While Hoyas on the Hilltop were recovering from Halloween weekend adventures, I travelled to Oaxaca de Juárez, the capital of the state of Oaxaca, to experience Día de los Muertos, or Day of the Dead. We arrived in the city just as the sun began to rise on the morning of Nov. 2, the last official day of Día de los Muertos, which starts on Oct. 31. This rich religious and cultural holiday is observed throughout Mexico.

While Día de los Muertos in Oaxaca featured more artisanal fairs and live music than graveside reflection, as is common in smaller towns, I remained aware that we, a group of Americans, Germans and Taiwanese, had entered a cultural and religious space that did not belong to us. Already filled with tourists with little understanding of their status as outsiders or the profound significance of this tradition for many Mexicans, Oaxaca was a place in which we needed to tread carefully and respectfully.

Recognized by the UNESCO as an Intangible Cultural Heritage of Humanity in 2008, Día de los Muertos is rooted in indigenous traditions, but over time coincided with Catholic observances of All Saints’ Day and All Souls’ Day following colonial authorities’ attempts to quash non-Christian practices.

While practices vary by region and by community, many Mexicans honor family members on Día de los Muertos by constructing ofrendas, or altars, filled with photos, pan de muerto — a sweet bread — and cempasúchil, marigolds, which guide spirits to their altars with their vibrant hue and heady scent. Ofrendas are also typically filled with food or items especially loved by those who have died to welcome them back to the world of the living.

Some families venture to cemeteries to similarly adorn tombstones, many spending the entire night among the graves, reminiscing about loved ones, singing, drinking or solemnly reflecting.

The celebration of Día de los Muertos has received criticism over the years for its more modern conceptions. Both my host mom and professor lamented the preference demonstrated by a growing number of young Mexicans for Halloween, which has come to represent, for many, another form of gringo imperialism.

As with holidays like Christmas in the United States, many aspects of Día de los Muertos have become highly commercialized; calaveras, decorative skulls often made from sugar, are mass-produced and pan de muerto is available as early as September in Costco. Yet, at the same time, Día de los Muertos constitutes a lucrative industry for communities in popular tourist hubs such as Oaxaca and Michoacán.

By emphasizing the tradition’s well-known practices, such as the eating of pan de muerto, drinking hot chocolate or the construction of ofrendas, state agencies in Mexico have propagated a uniform view of the celebration of Día de los Muertos rather than focusing on its incredibly personal nature and diverse regional practices. They encourage tourists to “anticipate the presence of certain ritual activities, which now began to be practiced in conformity to their needs,” according to anthropologist Stanley Brandes.

With these criticisms in mind, in addition to a respect for those seriously observing the tradition, we were swept up by the late-night festivities that bathed Oaxacan cobblestone streets in candlelight. We left the bustling city center for Barrio Xochimilco, where inhabitants warmly invited us into their homes to see their breathtaking ofrendas, many offering us food or asking us to record our reflections in books by the door. We witnessed a group of older women carefully sweep away an intricate piece of sand art depicting the Virgin Mary and Jesus, singing quietly as they concluded their ceremony in this symbolic act.

Acclaimed Mexican writer Octavio Paz once wrote, “The word death is not pronounced in New York … it burns the lips. The Mexican … is familiar with death, jokes about it, caresses it, sleeps with it, celebrates it; it is one of his toys and his most steadfast love.”

While it is wrong to make generalizations about entire cultures, particularly as a gringa living in Mexico for only a semester, the social nature of Día de los Muertos and the “life-affirming joy” exhibited by many of its participants challenged my own western discomfort with death. I found myself thinking of my Grandpa John and what I would use to adorn an altar in his honor — a camera, a bottle of merlot and a photo of us in the Florida Keys — and wishing my own community’s culture encouraged more public demonstrations of love for those we have lost.

This celebratory process of remembrance normalizes death, creating a space for participants to laugh, cry, sing and love in a way that accepts death as a necessary and familiar companion for life. I was deeply moved by the way in which I saw Mexicans engaging in active dialogue with deceased family members and friends, a tradition that demands a radical hospitality that literally transcends the border between this world and the next. 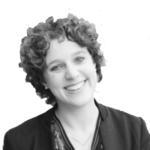 This is the final installment of Por Otro Lado.