I have been spending my first month of the fall semester not on the Hilltop, but in Mexico City, where I have been  immersed in a culture filled with the smooth but exhausting Spanish of chilangos — natives to the city — the gloriously deep blue of Frida Kahlo’s house and the mouthwatering aroma of tacos al pastor roasting in the streets.

I hope to use this space to not only encourage Hoyas to choose Mexico as a meaningful study abroad option, but also to challenge the popular definition of culture as primarily focused on art, music and food.

It is essential that we understand culture through the historical and social processes and dynamics that make up a society in its current form, producing recognizable and tangible elements of Mexican culture such as Diego Rivera’s explosively colorful murals; the sounds of cumbia, a genre of dance music popular throughout Latin America; or the picante, a spicy flavor that burns my tongue.

My major, culture and politics, demands the critical examination of Mexican culture through a historical lens, and takes into account the impact of territorial colonization and economic imperialism on Mexico’s current sociocultural reality. Using this understanding of culture, which certainly includes art, music and food as well, I hope to share my personal experience of Mexico as I learn more about a country with a history so intricately tied to that of the United States, yet seldom emphasized within the U.S. educational system. I would also like to acknowledge my position of privilege as a white, American person with no Latinx heritage writing this column, and emphasize that it does not intend to presume any kind of expertise on Mexican culture, but rather serves as a personal reflection on my experience studying abroad.

A few weeks ago, I visited the pyramids of Teotihuacán, which many people, including myself, incorrectly assume are ruins of the great Mexica, or Aztec, civilization. Approximately one hour from Mexico City, Teotihuacán is actually the name given to the city by the Mexica, loosely translated to “place where the gods emerged.” The impressive pyramids and complex urban structure that make up Teotihuacán were constructed around A.D. 100, long before the Mexica found the ruins in the fourteenth century.

By A.D. 400, the Teotihuacanos had built a thriving, powerful metropolis consisting of ethnically diverse residential neighborhoods, advanced canal systems and, of course, towering pyramids dedicated to their deities. However, by A.D. 750, Teotihuacán was abandoned after what archaeologists suggest was a devastating civil war, its inhabitants leaving behind a breathtaking monument to their religious system and way of life.

Although Teotihuacán has remained important to indigenous groups and Mexico’s national identity as it relates to its pre-Columbian history, the focus on the city as a tourist hub and element of Mexico’s nationalist narrative has encouraged the erasure of other prominent indigenous groups from Mexican culture, including the Zapotec and Mayan civilizations. Furthermore, it has allowed the veneration of pre-Colombian culture by Mexicans and foreigners alike without addressing past and present exploitation of indigenous peoples.

Walking through Teotihuacán was both awe-inspiring and achingly sad. I gazed at the grandeur of those ancient pyramids, the monarch butterflies gingerly fluttering against their sloping stone walls, and I saw ghosts — phantoms of mighty rulers, priests and everyday market-goers. While the Spanish may not have ravaged Teotihuacán as devastatingly as they did Tenochtitlan, the Mexica capital, I cannot fathom the violence, both physical and cultural, that was necessary to turn thriving metropolises, entire civilizations teeming with life, into silent ruins. Walking through a city whose gods were killed by those who lusted after gold and souls for the Catholic Church makes clear how persistent structural inequality in Latin America remains inextricably tied to early acts of colonial violence in the Western Hemisphere.

According to the United Nations’ 2015 report on the state of the world’s indigenous people, indigenous groups account for 12.6 percent of the Mexican population, and 80.6 percent of this indigenous population live in extreme poverty, suffering from issues such as food insecurity and a lack of sufficient competent health services. As American tourists, we are often encouraged to barter with street vendors, such as those of indigenous descent who lined the Avenue of the Dead at Teotihuacán. Guidebooks advise us to haggle with those selling their wares in foreign countries almost as a rite of passage for any good traveler, determined to drive down the price despite the favorable exchange rate: 18 pesos to the $1 I carried in my back pocket.

Although a visit to Teotihuacán remains an essential to-do for anyone visiting Mexico, the ruins demand an acknowledgment not only of the continued oppression of Mexico’s indigenous peoples, but also that we are visitors treading on holy ground. 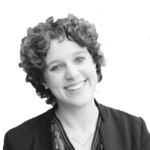 Grace Laria is a junior in the School of Foreign Service. This is the first installment of Por Otro Lado.