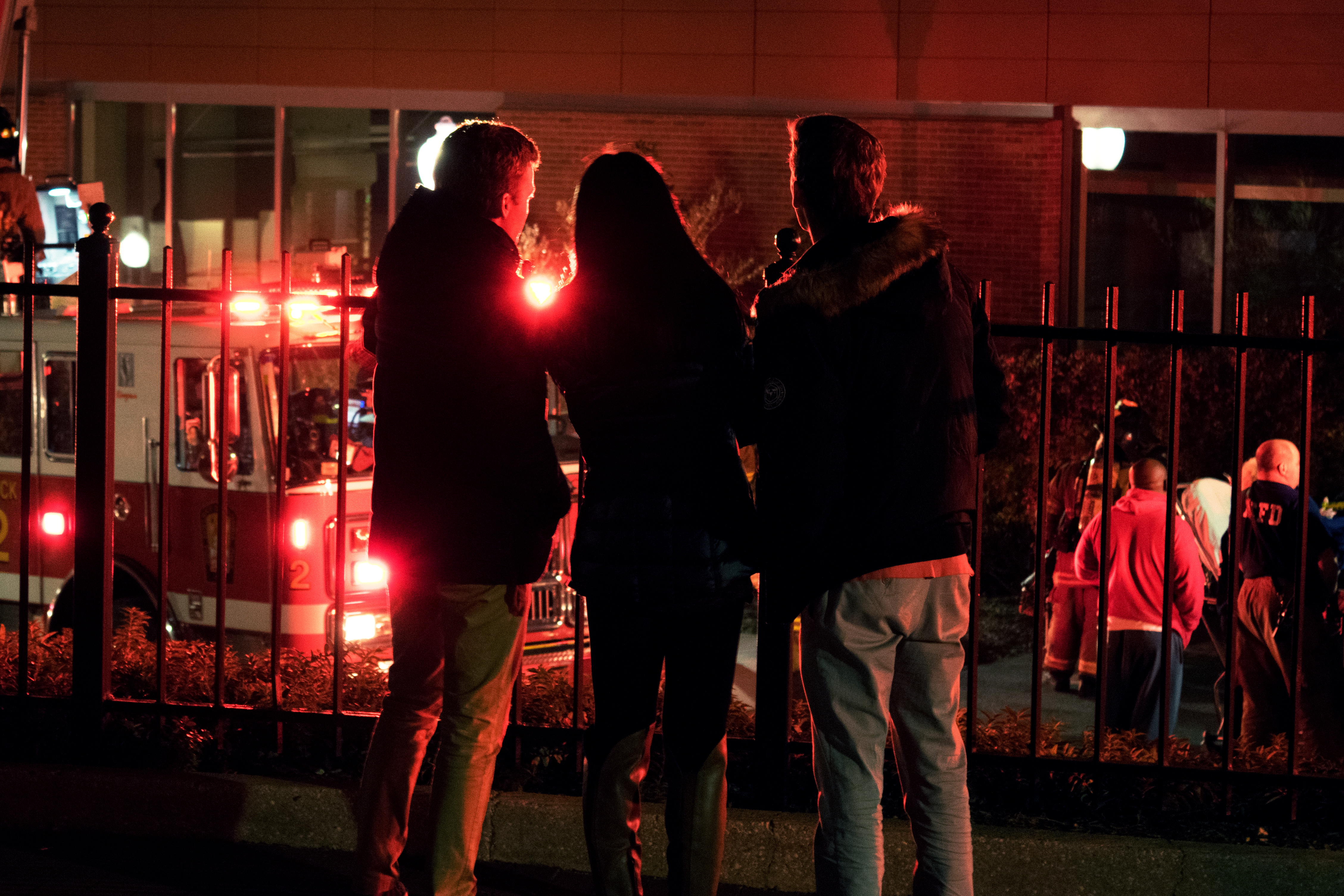 The fire involved a “small amount of a chemical” and occurred in a “controlled environment,” according to a spokesperson for D.C. Fire and Emergency Medical Services. The incident was declared “all clear” by the university at 10:22 p.m.

Rachel Pugh, a university spokesperson, said damage to the chemistry lab is “limited” and the cause of the fire “appears to be accidental.”

A spokesperson for D.C. Fire and EMS did not say which chemical was involved in the fire. The Georgetown University Police Department declined to comment Friday night.

The fire was extinguished by university staff soon after it started around 8:30 p.m., according to D.C. Fire and EMS. Fire units arrived minutes later. Hazmat units prepared to enter the building around 9:30 p.m. as firefighters conferred with university officials to identify the materials possibly involved in the fire. Hazmat units remained on the scene to assist university staff with cleanup, with the last units clearing out by 10:22 p.m.

Three staff members — two campus police officers and one facilities worker — were taken to the hospital for medical checkups. The staff members were hospitalized “out of an abundance of caution,” according to Pugh.

The three staff members were released by Saturday morning and are now able to resume normal activities.

Opened in 2012, Regents houses five floors of research laboratories and the university’s chemistry, biology and physics departments. The labs feature “technologically advanced instrumentation and environmental controls necessary to conduct sensitive experiments and research,” according to the university website.

This is a developing story. The post will be updated as more information becomes available.