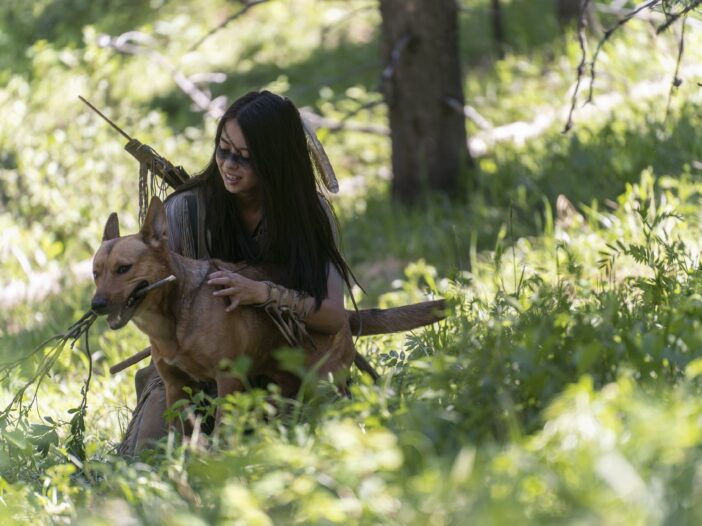 An invisible extraterrestrial monster and a rich depiction of 18th century North America’s Comanche nation make surprisingly entertaining bedfellows in “Prey,” one of this year’s unexpected highlights in the world of action-driven cinema.

Released on Hulu on July 21, “Prey” marks the fifth installment of the “Predator” franchise, a saga that showcases technologically-advanced alien creatures who stalk and hunt humans. After a well-received origin film starring Arnold Schwarzenegger in 1987, the franchise lost its prestige because of a slew of messily plotted, action-heavy sequels with poorly written characters. … until now.

Sporting unique battle sequences, eye-popping cinematography, and an awe-inspiring central heroine, “Prey” has revitalized the dying “Predator” franchise. The film’s creators also displayed genuine commitment to Native American cultural representation, evident in the casting of actors of Indigenous descent and the hiring of a producer who drew on her own Comanche heritage to enhance the movie’s authenticity.

Directed by Dan Trachtenberg, who made his directorial debut with the 2016 science fiction thriller “10 Cloverfield Lane,” “Prey” depicts the journey of Naru (Amber Midthunder), a young Comanche warrior determined to prove her worth as a hunter to a tribe that doubts her abilities.

As Naru prepares to embark on her first ‘kühtaamia,’ a Comanche hunter’s rite of passage, she encounters a merciless alien hunter wielding deadly blades and cloaking technology that renders it nearly invisible to the human eye. As the creature threatens her tribe, Naru must use her knowledge of the Northern Great Plains and her prowess as a hunter to outwit and kill the monster.

Admittedly, “Prey” does not achieve much success at first. The film’s first act is bogged down by cliché-ridden dialogue that recycles the trope of a young, eager protagonist defying older, more experienced characters who feel that the youth is “not ready” to face serious challenges.

Yet, the film does gather momentum in its middle portion before exploding into a bombastic, blood-soaked duel between Naru and the Predator in the final stretch. Every battle depicted in the film is distinct from the rest and brilliantly choreographed, featuring thrilling twists and clever callbacks to earlier moments in the story.

And unlike previous entries in its franchise, “Prey” does not drown its characters and plot in fighting — instead, action is used sparingly, allowing the film the time to create an immersive historical backdrop for its story.

The setting for Trachtenberg’s film is as unique as it is beautiful to view. The North American Plains of 1719 are brought to life with vibrant camerawork that displays sun-kissed, grass-covered vistas and murky, moss-encased forests. The film also enhances its authenticity by showcasing the wildlife that lived alongside the Comanche tribe, including deer, bears, hawks, mountain lions, rattlesnakes and bison.

Unfortunately, the film’s depiction of North American animals is somewhat hampered by poor visual effects that give every creature a strange, artificial appearance. Though this deficiency does not hugely detract from the overall quality of the movie, it occasionally distracts from the otherwise entertaining hunting scenes.

Thankfully, those wonky visuals do not apply to the film’s terrifying antagonist, the Predator. The alien monster is frightening and viscerally hideous with its bulging eyes, insect-like mandibles and spine-tingling clicking noises. The Predator’s arsenal is also cleverly augmented to feature more prototypical shields and spears, reminding audiences of the film’s status as a prequel.

The intimidating Predator meets its match in Naru, a mesmerizing heroine brought to life by an energetic performance from Midthunder. As her wide-eyed fear morphs into fierce, jaw-clenching determination and rousing battle cries, the audience cannot help but root for Naru to prevail.

But what is perhaps most special about this film is its sincere commitment to representing Indigenous peoples. The film’s producer, Jhane Myers, a proud member of the Comanche nation, helped the filmmakers pay tribute to Indigenous culture by guiding the authentic representation of every detail of Native American life, from medicinal practices to weaponry. In fact, “Prey” is currently the only major motion picture with a version containing dialogue dubbed entirely in the Comanche language.

“Prey,” though not without its flaws, serves as a reminder that action movies can and should be more than vehicles for action. With important cultural representation, engaging storytelling, and a fearless female protagonist, this refreshingly original film serves as the benchmark to which all modern action flicks should aspire and has saved the limping “Predator” franchise from certain death.