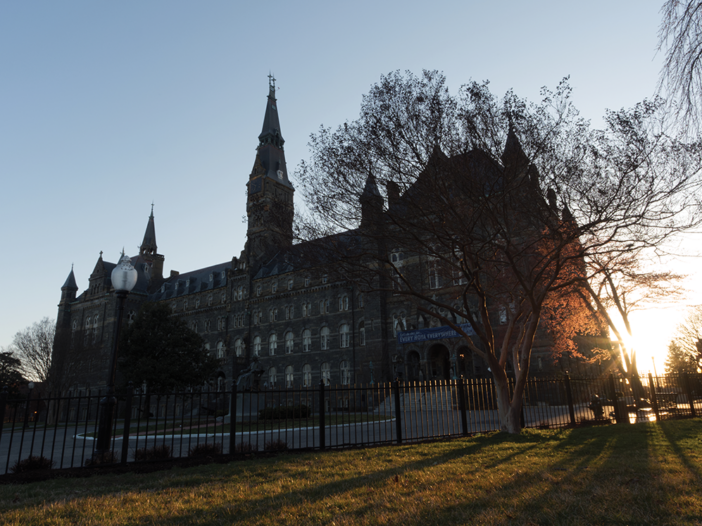 CW: This article references the 9/11 attacks and violence in Afghanistan. Please refer to the end of the article for on- and off-campus resources.

The Taliban takeover in Afghanistan and the Jan. 6 insurrection can be tied to the events and aftermath of Sept. 11, 2001, panelists said as they reflected on the 20 years after the attacks.

The event, titled “Discussion on the Twentieth Anniversary of the September 11 Attacks,” was co-hosted by the Center for Jewish Civilization and the Walsh School of Foreign Service on Sept. 2. Elizabeth Stanley, an executive committee chair of the CJC, moderated the discussion between Bruce Hoffman, the group’s director, and Daniel Byman, another executive committee member, on how the global community should reflect on the 9/11 terrorism attacks 20 years later.

The 9/11 attacks coordinated by the militant group Al Qaeda resulted in the destruction of the World Trade Center in Lower Manhattan and devastation at the Pentagon and in Shanksville, Pa., leading to major U.S. initiatives to combat terrorism, which former President George W. Bush dubbed the war on terror. Despite some successes such as key arrests of terrorists, the prevention of subsequent attacks and the toppling of the Taliban, critics argue that war scattered terrorist groups and increased anti-American sentiment, amplifying militant organizations.

Back-and-forth American military interventions were a failure of the war and allowed for terrorist groups to gain strength, according to Hoffman.

“We never got the balance right,” Hoffman said at the event. “We swung in two opposite directions, either invading and occupying countries with hundreds of thousands of troops, which was unsustainable and unpopular, or having too few troops.”

The United States’ lack of focus on social media communication strategies allowed terrorist groups to spread their message and gain support, according to Byman.

“One thing I would highlight is the broader social media space in the last five years, where groups like ISIS were able to run circles around the U.S. government. And I do think governments were able to organize more effectively against these groups,” Byman said at the event. “But it really took a remarkable amount of time, so many years after 9/11, to realize that this is a significant problem, and that yet again, we see Jihadist groups exploiting new means of communication.”

Islamophobia sparked by the war is harmful to counterterrorism efforts, because unity and support from the Muslim community are condusive to peace, according to Byman.

“Huge numbers of plots have been foiled because a member of the community called the police or the FBI and said, ‘There’s a problem,’” Byman said. “The community itself wants to make sure there are not trouble makers within its ranks.”

“It led to a lot of the lack of trust in elected leadership, which is pervasive now,” Hoffman said. “It is exactly the environment which terrorists thrive on.”

The United States invaded Afghanistan in 2001 in response to the 9/11 attacks and officially withdrew all forces Aug. 30 of this year. According to Hoffman, the withdrawal will only further destabilize the region and provide opportunities for U.S. adversaries.

“Wherever the United States has withdrawn, it has not only led to more terrorism but it has also provided an opening for our rivals, particularly Russia or Iran, to gain footholds,” Hoffman said. “Now I think the same phenomena will happen in Afghanistan.”

While the world is in a far different place from where it was before the 9/11 attacks, there is a need to learn from the past and recognize that the threat of terrorism still exists in order to prevent a repeat of history, according to Hoffman.

“However much we have weakened our terrorist adversaries, they have not given up thinking and hoping and marshalling their resources to try to attack the United States,” Hoffman said. “What changed is that we are becoming increasingly more complacent.”