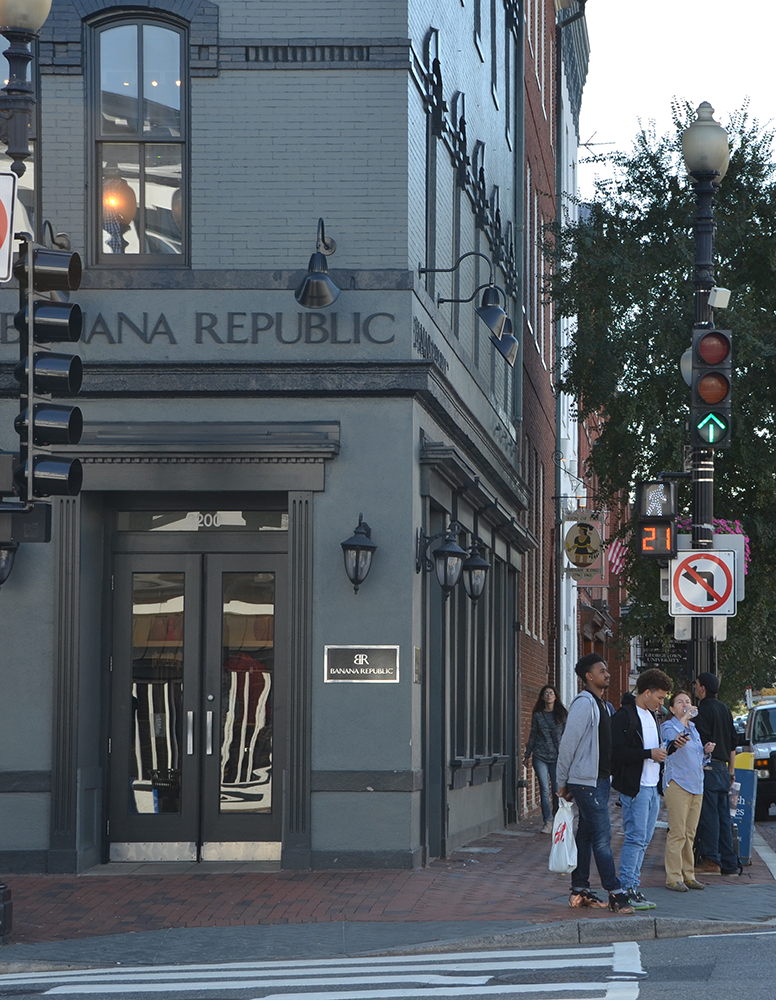 After facing allegations of racial profiling, the Georgetown Business Improvement District and Metropolitan Police Department shut down a conversation thread on a group-messaging app meant to identify potential shoplifters Sunday.

The BID and the MPD implemented the group message, dubbed “Operation GroupMe,” in March 2014 to help local businesses communicate with each other and the police to notify the community about shoplifters or dangerous situations. Nearly 400 users communicated on the forum.

Since March, store employees and District police have sent more than 6,000 messages about suspicious shoppers or potentially dangerous situations. Many of the messages are pictures, often taken in secret.

A review by the BID found that of the 3,000 messages sent in the group chat since January, almost 70 percent of the people described as “suspicious” were black.

Following reports in The Georgetowner in August and The Washington Post last week, the BID decided to disable Operation GroupMe, according to a statement CEO Joe Sternlieb posted to the BID website Oct. 18.

“The overriding goal of our retail community is to ensure that everyone who visits Georgetown feels welcomed, comfortable, safe and that their civil rights and individual dignity are protected and respected,” Sternlieb wrote. “So long as there are questions about how this app is being used, this goal cannot be met.”

The BID declined to comment and the MPD did not respond to requests for comment.
Ky Wright, a black senior sales associate at Nine West, used the forum at the Banana Republic on Wisconsin Avenue and M Street, where she previously worked. Wright said that the messages she saw on the app were chiefly about black people.

According to messages obtained by The Washington Post, the forum often referenced racial stereotypes and lacked substantial suspcious behavior.

Store manager of L’Occitane Will Chapin said his store did not use the app. He added that the current negative media attention has confirmed his decision to discourage its usage.

“I would be more worried if I had a staff situation and they were to put something on that and it would get out,” Chapin said. “To not be on it is probably a little bit safer for the company on our end.”

Chapin said that he did not blame the businesses themselves for the misuse of the program, but rather the specific employees that used the app in the context of profiling.

“You have stores that, I think, use it legitimately,” Chapin said. “I don’t think it’s the business. It’s probably the person at the time working for the business.”
Urban Outfitters Housewares Manager Jessica Kearns agreed that the fault lies more with the staffers who use the app.

“I think it’s about the people you hire,” Kearns said. “I think we’ve trained our people better than that.”
Kearns added that she did not see the benefit of the app in regard to real-time communication.

“It’s kind of ineffective in my opinion,” Kearns said. “I’d rather just call the police.”

Wickham-Crowley added that black shoppers tend to have to alter themselves in order to put white retailers at ease.

“In some sense, they have to bend over backwards in the way they dress, talk, comport themselves,” Wickham-Crowley said. “So that in terms of everything, right down to body language, a person running a retail establishment is not going to be concerned about them.”

Wickham-Crowley expressed hope that the attention brought to this issue will result in change for the Georgetown business community.

“It’s disheartening, but it’s not something I am surprised by,” Wickham-Crowley said. “I think that with all the media publicity that is showing attention to it, it is bringing a light on the negative aspects of the app.”

Marisa Colon (COL ’19) described her experiences shopping in Georgetown and said she is unsurprised by the way retailers were using GroupMe.

“As a black person with white friends, I’ve noticed that when I go into stores on M Street I might get looks or I might not get the attention that I feel I should get,” Colon said. “I’m not surprised. It’s unfortunate because it could be used as a means of communication with the police in a beneficial way, but I’m not surprised that it is not being used that way.”