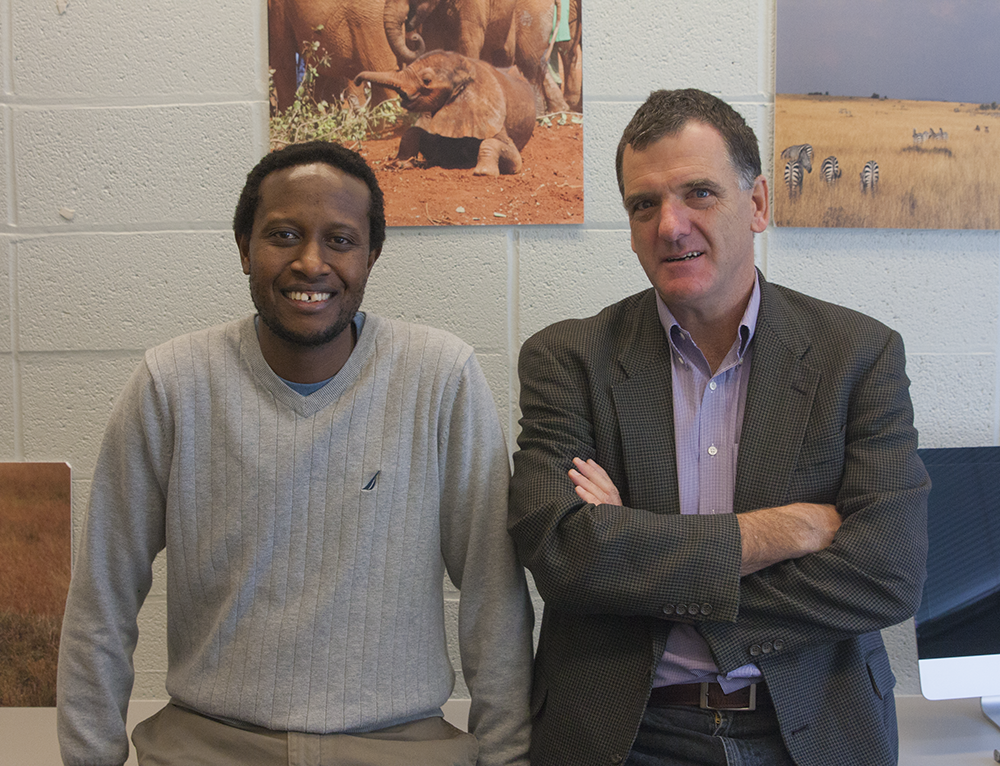 The United States Agency for International Development awarded the Georgetown University Initiative on Innovation, Development and Evaluation, known as gui2de, a $3 million grant to expand a road safety intervention project in East Africa.

The project is called Zusha, which means “protest” in Kiswahili, and mobilized participants to put up stickers on mini-buses across Kenya in order to encourage passengers to speak up in protest against reckless drivers. With a successful first-phase pilot in 2007 that reduced traffic accidents by about 25 percent in a sample of 2,400 mini-buses and an equally successful second phase, the project proved to be effective with a low-cost innovation.

“We have run two successful trials,” Habyarimana wrote in an email. “A randomized evaluation of the messages in a sample of 2,400 vehicles revealed a halving of accident rates. This is a very large impact given the presumed difficulty of improving safety and relative to the very low cost of the intervention. The second evaluation was considerably larger: In a sample of 12,000 vehicles we found reductions in accident rates of between a quarter and a third​. The results from this larger trial give us confidence that this intervention represents a powerful constraint on driver behavior.”

Convinced by the quantitative social impact from the first two phases in saving lives, USAID decided to fund the project’s expansion across Kenya and into Tanzania, Uganda and Rwanda, according to the DIV.

“Each year, the number of deaths caused by road accidents is on par with those caused by AIDS, TB and malaria combined,” representatives from the DIV wrote in an email to The Hoya. “Georgetown University proved, through their Stage 2 randomized control trial, that the simple innovation of putting stickers in buses in Kenya that empower passengers to speak up about reckless driving reduces road accidents by 25 percent.”

USAID awards grants on an individual basis and evaluated Zusha based on the three core principles of evidence, cost effectiveness and pathways to scale. Zusha is DIV’s second-ever Stage 3 award and the first award to be transitioned from a former Stage 2 grant.

The grant money will mostly go to East Africa in supporting local personnel and printing the stickers. Some of it will be used to fund a new program at Georgetown and support research assistants helping with data analysis and business solutions, according to Jack.

Jack pointed out that the Stage 3 expansion would start on an experimental basis and scale up with other possible components such as TV, radio, billboard and social media to send the empowering message to passengers. He pointed out the challenge and the value in exporting an effective measure into another cultural context.

“We decided that we would continue this trend of research, both because we are not sure if the research can be easily exported to another cultural context. And also because we find a good thing and we want to do it. No one else is going to do it,” Jack said.

Habyarimana said that the project has many real-life policy implications.

“The ultimate goal of this research is to uncover messages and other low cost strategies to generate safer transport services in the developing world, where 90 percent of all fatalities and injuries occur,” Habyarimana wrote. “This research has immediate policy implications as it provides policy-makers, transport providers and insurance companies with a low-cost strategy to reduce fatalities, injuries and property damage.​”
Jack added that this project had the potential to make a difference in all developing countries.

“Every developing country, without exception, has a public road safety problem. It’s ubiquitous. So we feel that if we can make it work in Kenya, we can probably make it work somewhere else,” Jack said.

Jack said that despite the project’s initial success, he predicts challenges in local resistance, including hostility from bus drivers.

“The future is full of challenges,” Jack said. “It was really hard work; how simple the idea was but how difficult it was to carry out. It takes years and years and years of frustration and persistence.”

Jack also pointed to the inevitably uncertain results of expanding a public policy project because of different cultural norms.

“We need to be ambitious, but we also need to be realistic,” Jack said. “The result of the two studies has indicated that a very simple intervention, which is nearly laughably easy, appears to have the potential to have very large effects on people’s life. … [But] in this context, this is about the cultural norms and specific ways that evolve over time, so we have to maintain a certain amount of humility in thinking that we can change the world. I’m very excited to try but I’m also slightly nervous.”