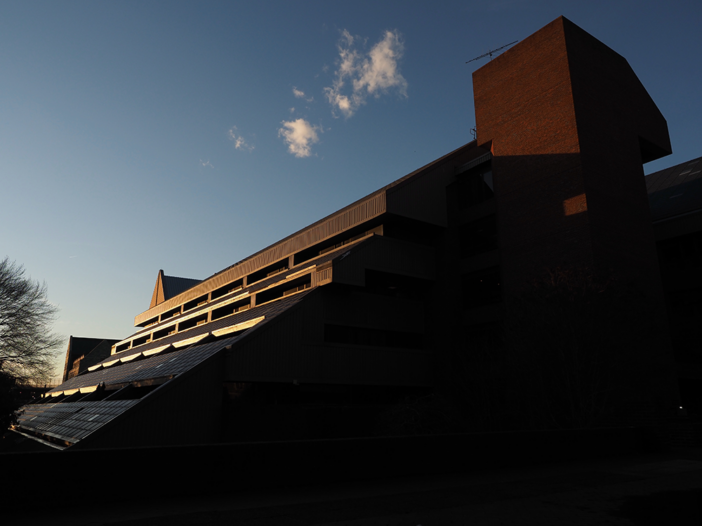 Georgetown University administrators and organizations have called for the U.S. Department of Homeland Security to retract new proposed rule changes to visa programs they say severely restrict the timeframe of visas held by international students and faculty.

The proposed changes would affect over 3,200 international students and scholars from over 120 different countries on both the F-1 and J-1 visas, according to an Oct. 27 statement written by University President John J. DeGioia (CAS ’79, GRD ’95).

Additionally, under the new rule changes, people from over 59 countries, including all of Africa, the Philippines, Vietnam, Haiti, Afghanistan and Iraq, would be banned from obtaining any visas longer than two years.

Government officials should reevaluate these changes because of the significant burdens they impose on international students, as well as colleges and universities, according to DeGioia’s Oct. 27 statement.

“We believe that these new regulations will impose significant costs upon students, scholars, the colleges and universities that support them, and the U.S. economy,” DeGioia wrote. “This proposed rule should be re-evaluated to enable us to sustain and advance the global character of our university and nation.”

After the DHS proposed the changes Sept. 24, the rule immediately moved to a 30-day comment period in which individuals could submit opinions on the new rule. Over 30,000 individuals submitted comments by the time the comment period ended Oct. 25, according to Jeffrey Tsoi, chair of the international graduate student committee within the Georgetown Alliance of Graduate Employees.

GAGE opposes discriminatory practices such as these proposed rule changes, according to Tsoi.

“DHS threatening to submit international doctoral students like myself to additional scrutiny just so that we can complete our academic studies only serves to deepen existing patterns of discrimination and exclusion in American higher education,” Tsoi wrote on a GAGE Medium post. “As a union, we are committed to realizing a more just and equitable vision of our university community that welcomes international students regardless of their country of origin.”

Now that the comment period has ended, DHS officials will review all comments made on the proposed rule changes and decide whether to make any alterations. Afterward, the DHS will submit the proposed changes to the Office of Management and Budget for review before the rules can formally take effect.

The proposed rule change would harm not only international students but also the United States as a whole, according to a letter DeGioia wrote to DHS officials obtained by The Hoya.

“This proposed rule will impose great costs on our international students, diminish our ability to recruit and retain the brightest minds in the world, and ultimately harm the United States by depriving our country of the immense academic, cultural, and economic contributions of these students and scholars,” DeGioia wrote. “We strongly urge the Department to rescind this proposed rule.”

Now that the comment period has ended, GAGE plans to closely monitor the developments around the rule change and take any necessary actions in conjunction with their parent union, the American Federation of Teachers, according to Tsoi.

“At this point, we will be watching closely, and we will join efforts with AFT in potential court challenges, in case the rule gets implemented before the election or if the election proves incapable of preventing the implementation of the rule,” Tsoi wrote in an email to The Hoya. “In that case we will also urge the Georgetown administration to commence legal actions of its own.”

While the university’s statement against the program is positive, there is more that can still be done to help international students, according to Wendy Xia (SFS ’22).

“I think the University’s statement is definitely a step in the right direction, protecting the international Hoya community (as it did back in July),” Xia wrote in an email to The Hoya. “With all the uncertainties surrounding immigration policy, I look forward to more proactive steps (i.e. flexibilities in degree program lengths, exploring the possibility of (re)issuing visas to enable longer stays, etc.) in the future as well.”

The new proposed rules come after DHS and U.S. Immigration and Customs Enforcement sought to implement other changes to the F-1 and M-1 visa programs over the summer. Under those changes, international students would have been barred from obtaining visas if they did not have at least one class meeting in person during the fall semester.

Georgetown ultimately signed on to an amicus brief as part of a lawsuit filed by Harvard University and the Massachusetts Institute of Technology, claiming the proposed rule changes were politically motivated and unnecessary. The DHS formally decided to forgo implementing the rule changes July 14.

Xia said the combination of possible new visa regulations, as well as past rule change efforts, has led many international students to reconsider studying abroad in the United States.

“For students already on the affected visas, I think we are especially vulnerable to the stringent rules and are given little flexibility to redesign our academic plans,” Xia wrote. “The gradual tightening of student visa policies are also a sign for many of us to reconsider the US as a study destination, meaning many could pivot to applying for advanced degree programs in other countries.”