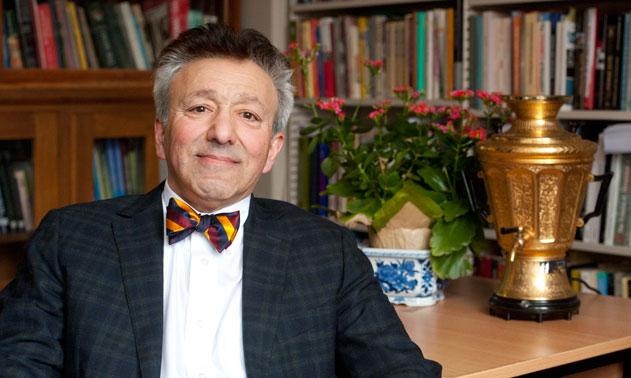 A Georgetown University psychology professor is publishing a book on the use of psychological frameworks to address the challenges of and propose solutions for 21st-century global immigration.

Professor Fathali Moghaddam’s book, titled “Contemporary Immigration: Psychological Perspectives to Address Challenges and Inform Solutions” will be available Sept. 13. In the book, Moghaddam takes a global approach to psychology and explores topics related to immigration, including gentrification, trust between immigrants and host-society authorities, and “crimmigration,” or the ways criminal law enforcement has become a part of immigration law,

According to Moghaddam, his research arose out of a need to address the pace and breadth of immigration that countries around the world are experiencing and to view these trends through a psychological lens.

“I see the problem and the challenge of immigration, increasing over the coming decades for a number of reasons,” Moghaddam told The Hoya. “First, demographically, we need more immigrants. Second, these immigrants are going to come from backgrounds, parts of the world where they are dissimilar, rather than similar to the host society. And so that’s going to raise all kinds of issues about the integration of dissimilar others and diversity.”

Moghaddam also said the perceived threat of immigrants from host societies is a core challenge to modern immigration trends, particularly in countries like the United States, where anti-immigrant fervor has become an increasing part of mainstream dialogue over the last ten years.

“We know that perceived threat generally is associated with lower support for human rights,” Moghaddam said. “So this is another angle that psychologists are putting a lot of light on, that when people are threatened, they are less supportive of human rights and civil liberties. My suspicion is that the populist movements we have seen in the United States are in some part, associated with the threats people experience at the moment from dissimilar others.”

The book, however, takes a global approach to the psychology of immigration. Raimundo Schweikart (GRD ’22, GRD ’25), who co-authored a chapter of the book on immigration trends in his home country of Chile and is a doctoral candidate working under Moghaddam, said examining immigration in Latin America, where often immigrantion occurs between neighboring countries, reveals psychological theories that may differ from traditional Western ones.

“One of the main issues that we wanted to highlight in this chapter is that, usually in the Western world, they have some sort of theories related to migration, some assumptions that are specifically but not universally related to migration. For example, that immigrants are usually very different people, which is not the case in Latin America. We wanted to explore the questions: how do traditional theories regarding immigration that we’re developing in the first world work in South America?”, Schweikart said.

Moghaddam said he hopes the book will highlight the ways policy solutions that emphasize commonalities in the human experience can help solve social issues regarding immigration.

“I believe that human beings are actually much more similar than they are different,” Moghaddam said. “And that by celebrating the similarities, and commonalities, we can achieve a much better outcome and celebrate differences.”

“Professor Moghaddam had us read both traditional introductions to psychology textbooks and his book ‘Great Ideas in Psychology: A Cultural and Historical Introduction’ to explore psychology topics in historical and cultural contexts,” Wexelblatt wrote to The Hoya. “For example, instead of instructing us to simply memorize Freudian theory or Muzafer Sherif’s experiments, Moghaddam challenged us to look at how the psychological factors driving aggression leads to intergroup conflict with relevant political implications.”

Moghaddam said it is important for Georgetown students to integrate topics related to immigration into their curriculum given their position to create tangible solutions to its growing impact, particularly as climate-driven migration becomes more prevalent on a global scale.

“More Georgetown students should be doing projects and studying immigration, because it is such a huge issue in the 21st century,” Moghaddam said. “It’s only going to get larger because global warming is going to force mass migration. It’s something we have to deal with. I think Georgetown students are in the perfect position to really come to grips with this and help us all rethink some of the traditional ways we have dealt with.”