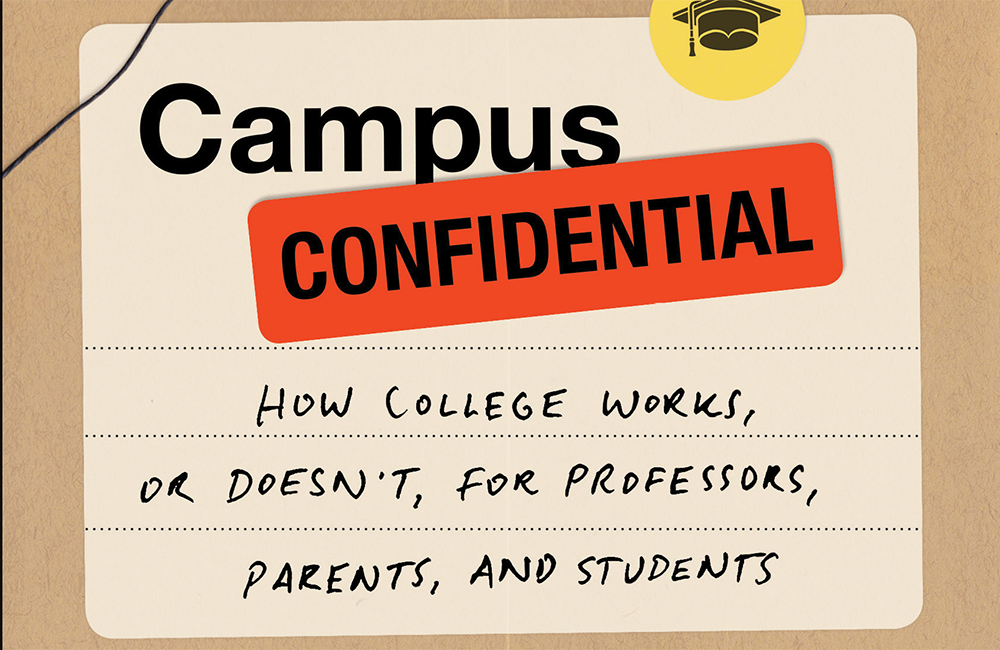 Professors must rededicate themselves to the primary responsibility of the university: teaching. This is the argument of professor Jacques Berlinerblau, director of the Center for Jewish Civilization in the School of Foreign Service.

In his most recent book, “Campus Confidential,” Berlinerblau argues that the current structure of higher education and the institution of tenure have imposed a division between full professors, who have been granted tenure at research universities, and those scholars on the tenure-track pushed toward the realm of adjunct teaching. Where students fail to learn, non-tenured scholars are pushed toward poverty and the American professorate unravels and dies.

Berlinerblau laments that professors prioritize their own research and writing over substantively teaching undergraduate students; those interested in teaching are granted little academic freedom and poor financial reward.

In an interview with The Hoya, Berlinerblau criticizes the current state of higher education, addresses his critics and makes the case for a rejuvenation of Georgetown’s own teaching model.

How did the book come together?
“Campus Confidential” is deeply beholden to a literary genre known as the “campus novel.” They’re just so damn funny. These are works of fiction about dysfunctional colleges and their dysfunctional faculty and cynical administrations.

The book, in and of itself, is a sort of “meta” wink to the campus novel genre. There are actually fictional sections in the book. Not caricatures. Fiction. Fiction has its own sovereign goals, one of which is to entertain and enlighten people. To scandalize them as well. So when I was writing the book, the question I kept asking myself was, “Is this funny?” “Will it be something you can read on a beach?” “Will it upset people?” “Is the voice genuine?”

Do you think your readers get that about the book?
Yes and no. It’s a deceptively complicated text. I mean, I’m dropping f-bombs in there and I think there might actually be a reference to a d–k pic—but I’m not sure. At the same time, there are some very serious policy questions that I address with very serious answers. Like all writers, I pray for smart and discerning readers who engage on multiple levels.

Where did you get the idea to write this book?
While hanging out at dinner parties. When you were at a dinner party and your kids were 7 years old, the biggest issue for the parents was that one of those imbeciles almost choked on a Lego. But when their kids hit 15, 16, the parents start to talk about college. No more Legos! I was amused that, in these conversations, the parents would identify to me what they thought was important in a college education. And they were way off — they had no clue what college was about. They didn’t know what the issues were; they didn’t know what to look for; they didn’t know what made a college education great or crapulent. So that was the first sign for me that there was a need for an accurate, tell-all — an industry exposé about college.

Did anything else lead you to write this book?
Yes! Rage. I received my first doctorate when I was 24 years old. I could not find a tenure-track job. I was employed as an abused adjunct. I did that for seven years, and I would have to say I would never wish that experience upon my worst enemy. The fact that roughly 70 to 75 percent of all American scholars today are contingent (i.e., non-tenure line) faculty is something I find deplorable. Very few people outside academia understand this, especially parents who are paying astronomical tuition bills. I just wanted to apprise people of this crisis afflicting our guild.

Didn’t you also write this book about your concerns about the quality of college teaching?
Absolutely. Part of my frustration with being a professor over these last 25 years is the degree to which teaching gets short shrift and is looked down upon by so many in our field.

On that last point, how much of that trade-off or prioritization of research over teaching have you witnessed during your time at Georgetown?
Let’s be clear: Georgetown is an R1, a research level 1 university according to the Carnegie Classification [of Institutions of Higher Education]. It means excellent teaching, in and of itself, is never a pathway to tenure here.

Georgetown, like all of its peer-institutions, wildly prioritizes research over teaching on the tenure track. Though here’s a thought: maybe Georgetown ought to be a smidgen different, because unlike Harvard, unlike Yale, unlike Princeton, we have this glorious Jesuit tradition.

What would your ideal solution be?
We need an oxygenating infusion of Jesuits. If we’re going to rediscover our brand as Georgetown, if we’re not just going to become another big anodyne R1, we need to rediscover that which makes Georgetown special. The Jesuits are the only ones who can save us from ourselves and the absurd priorities that have obliterated the American professorate. They are the only ones who will forcefully remind us that teaching is a vocation and mentoring to students’ souls is what any serious educator should be doing. At this level, they are also serious scholars as well, so I see no trade-off for us as an R1.

You advocate for a teaching model that is closer to the classic Jesuit model. Did you develop that when you came to Georgetown in 2005 or were there other experiences that informed your approach?
There were other experiences as well. When I started my teaching career as an adjunct at the City University of New York, my students were overwhelmingly African-American and Latino and they were overwhelmingly working class. So what happened to me is what happens to a lot of CUNY professors. Unless you have ice running through your veins and a heart that is made of bauxite, you just want to give them more, even if you are not paid for it. You understand that these are hardworking kids — they might be the first in their family ever to go to college. This is where the whole idea of cura personalis really resonates for me.

Have you received any feedback yet?
I’ve done about 20 NPR [interviews] in 60 days — something crazy like that. I’ve done a lot of local and national interviews, and one guy started off the interview and said, “So, I guess you’re not the most popular guy in the faculty lounge.” I thought that was pretty funny. Then again, faculty lounges rarely exist anymore!

Tenure-line professors, especially associate and full professors, seem impervious to the charms of this book. My colleagues at rank have made it very clear to me they disagree. Either they say that my analysis about ‘afterthoughtish’ teaching is correct but they are the exception to the rule, or they say my analysis is incorrect. Contingent faculty, by contrast, have written me dozens, if not hundreds, of letters. I think they are more receptive to my arguments because to be at the bottom of any social hierarchy is often enough to see its absurdities with brutal clarity.

What is the significance of tenure? Should we just abolish it?
Almost every scholar, without exception, lines up their professional trajectory so that it culminates in a tenure-track job at a great university. The problem is that the statistics are showing us that, across the board, but especially in the humanities, something like 70 to 80 percent of all people who will receive their doctorate this year will not get a tenure-line job. So my question is: who is tenure serving? It doesn’t seem to be serving scholars most anymore. In fact, some experts believe that the institution of tenure isn’t even going to exist in 20 to 30 years. It doesn’t seem to be serving students, because the way we’ve configured tenure is that we reward research — not teaching. So if it’s not serving the majority of scholars and it’s serving very few students, then what is it good for? But since I’m a nuanced fellow, I understand why tenure exists. And tenure exists because prior to 1940, when the tenure system was instituted, professors would just disappear in the middle of the night for saying something unpopular.

If we really respect the institution of scholarship, we must bring in all the stakeholders—scholars, graduate students, university presidents, learned societies, etc.—and have a national symposium on tenure. Right now the system is broken and it’s in a kind of death spiral.

What practical suggestions do you have to ameliorate the situation?
In the book, I make a few unpopular suggestions. One is that we, the tenured, senior faculty, teach more for free. We take on an extra class or two every year. In exchange for our goodwill gesture, our administrations counter by creating more tenure-lines and more full-time non-tenure positions that are reasonably compensated. We old fuddy duddies “pay it forward” to the next generation. Also, I really think only contingent faculty should receive sabbaticals so they can focus on their research. At present, that perk only goes to tenure-line professors. Out of solidarity, we might consider letting our colleagues have a semester off to work on their articles and books.

In your book, you discuss alternative teaching models. What types of teaching models are you bringing into the classroom?
I’m a big fan of “active learning” methods. I’m pleased by how many professors, of their own volition, are abandoning the old lecture model. Back in my day, we used to lecture for about 75 minutes at a time without stopping once except to drink water. I’m convinced that students learn more with a well-conceived, active learning approach in which a professor deftly steers a conversation much in the way a jazz bassist steers other musicians to more intriguing and artful possibilities.