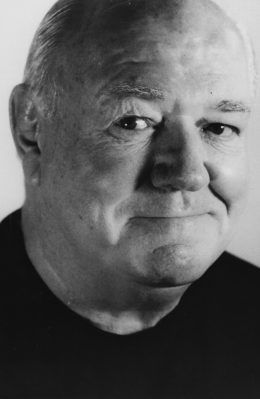 Most Georgetown students may not know the name Tom Quinn (CAS ’55), but many would recognize him. The United States Marine, actor and Georgetown boxing legend-turned-coach was a fixture of the front desk at Yates Field House, swiping GO-Cards early in the morning.Quinn died of complications from diabetes at a hospital in Teaneck, N.J. on Jan. 5. He was 79.As a freshman at Georgetown, Quinn joined the intramural boxing team, and by senior year, he became captain of the university’s collegiate team, winning a NCAA Eastern heavyweight boxing title in his senior year, making him the university’s last champion in the sport. He is now in the Georgetown Athletic Hall of Fame, and his boxing gloves are still on display in the trophy case in McDonough Arena.After graduation, Quinn served as an officer in the United States Marine Corps before going into business. He worked at several investment firms and as a consultant for the NFL Players Association, in addition to taking up acting. In 2004, Yates Director Jim Gilroy hired Quinn to coach boxing.“We’re going to miss him,” Gilroy said. “He was such, in a quiet way, a very vivacious guy. … Beyond just teaching boxing — everybody loved his class — he had some amazing stories. He always seemed to be able to find a way to throw in Norman Mailer or someone like that that he met at some party on Long Island that he attended.”

Quinn kept close connections with those he taught throughout his years as a coach.“He loved them, and I think they really enjoyed him,” Quinn’s friend and former roommate Tony Essaye said. “He had all sorts of stories because he had such a background in boxing and knew so much about various other things. It was a boxing class but it was also entertainment to some degree because of the stories he could tell. He’ll be sorely missed. It won’t be the same class, but we’ll try to keep it going nonetheless.”

In the last 25 years of his life, Quinn split his time between coaching and acting, one of his passions. Quinn acted in many theater productions in D.C., and had minor roles in a variety of TV shows and movies, including “The Next Three Days” with Russell Crowe and “The Pelican Brief” with Denzel Washington and Julia Roberts. He also had a role in season one of “The West Wing” as John Noonan, a veteran manning the visitor’s information booth at the Vietnam Veterans Memorial, and a recurring role as a police officer on the first season of HBO’s “The Wire.”

“I think he’s always enjoyed doing that,” Essaye said. “He was in our senior class play and he got into it about 15 or 20 years ago, and my wife and I saw a number of theater productions he was in, which I thought he was always very good in.”

Christopher Henley, a fellow D.C. theater actor, wrote an article on DCTheaterScene.com about Quinn’s acting.“Tom would go on to act all over town, at Woolly Mammoth Theatre Company, Arena Stage, Studio Theatre, Washington Shakespeare Company and other companies,” Henley wrote. “A Queens-born and bred New Yorker, an ex-boxer and a proud Irishman, he was a great character ‘type,’ wildly useful when anyone needed to cast something involving sports, for instance.”In a profile in the guide, (“Returning Alum Boasts Knockout Career,” G3, Jan. 25, 2013), Quinn quipped about his typecast and age.“I think my career may be coming to a close when I can’t get the part as an Irish bartender,” Quinn said.According to Henley, Quinn was beloved in the theater community for his friendly attitude.

“He had a gorgeous townhouse on R [Street], opposite Dumbarton Oaks,” Henley wrote. “He let us rehearse there, even the scenes that didn’t involve him. He hosted memorable cast parties, a big step up from the pizza and beer affairs to which we were accustomed.”

Quinn made a lasting impression on the Georgetown community, and will be remembered as a fantastic boxer, actor and friend. He will be buried at Arlington National Cemetery in Virginia.“He was a bigger than life character in a lot of ways,” Essaye said. “Very enjoyable, interesting guy, and he was that way in college. It expanded a bit as his life developed, but I always enjoyed him and he always had many stories to tell and was always a pleasant, energetic guy to be around.”

Essaye helped Quinn teach his boxing class once a week, and he said that he hopes to keep the class going to commemorate Quinn’s legacy.“We did that together,” Essaye said. “It was really his class, but I would help out and continued to do that. … As a group, we’re trying to keep the class going for the rest of the year in his honor and hopefully we’ll be able to do that.”

He is survived by former spouse Marsha Lehman, his three children T.J., Katherine and Sarah; five grandchildren and four siblings.Quinn and Essaye spent their last day together at a Georgetown basketball game in early December.“The last time I saw him before he died, we went to see the Georgetown game against Colgate in early December,” Essaye said. “We’ve been connected through Georgetown and the last thing we did together was Georgetown, and I’ve never thought about that before. It’s kind of like bookends.”